This page is dedicated to the beautiful lives, spirits, and souls of animals who have touched my heart and who have made me the person I am today. 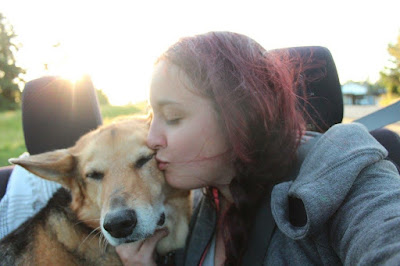 Rest in Peace, my sweet guy.

Ty is - and always will be - my first love and first "fur" friend. Since December 16th, 2005, when he came through the door as a scraggly, pot-bellied puppy, he has been in my life. He probably knows a lot more about me than anyone else and has seen all sides and aspects of my character. In simpler words, he is my ever-steady shadow and a very large chunk of my life and who I am as a person.

I have made a post here and there about Ty, but for sake of something more "permanent" and easily accessible, I will rehash his story again here. In September of 2005 my parents finally agreed to let me get a dog and the plan was to get something purebred, a female, something small and low-maintenance (in terms of shedding). We had it set on purchasing a Basenji through an approved breeder, but as time unraveled and the seriousness of committing to a dog started to weigh in, I quickly withdrew from it all. I didn't want a Basenji. I can't be certain what kind of fire sparked inside of me, but my parents agreed and began looking at shelter dogs.


Unknown to me, my mother had already adopted a black fluff-ball, and as she showed me his adoption photos, I was impartial to him. He was cute, but I wasn't so sure. She tried to convince me for several weeks and finally, I started to feel a bit more connected to him. Ty was my Christmas present and he was supposed to be under the tree on Christmas morning.... but my parents surprised me early when they walked through the door with a fat, quiet little puppy on December 16th. Any kind of uncertainty I had about him vanished; he was the one.

We have had our ups and downs, understandably, but he has always been my constant companion. Our struggles have only made us closer and the bond we share is deeper than any connection I've ever had with an animal. He is an overly intelligent dog which made him a difficult "first" dog for a teenager, but we worked through any and all issues and now he is my "go to" dog for just about anything. He accompanies me on nearly every ride I go on and is never far behind.

He is more than just a dog to me; he is a representation of my growth, my journey into adulthood. He stood proudly at my side as a gawky, shy teenager and has seen me go through many career choices, schooling and financial woes without so much as a negative look. He is my confidante and my "baby". I know that things have changed, especially over the last three years, but Ty and I still have an amazing relationship and I still love him like I did the day he walked through the door on December 16th. I know there will never be another dog like him, and I wouldn't want there to be. He is quirky, fun, loyal and above all, a teacher.

As Ty aged, he was diagnosed with degenerative myelopathy. We did our best to slow the progression of the disease and mitigate any kind of residual issues. Six months after his diagnosis, we began to catch glimpses that Ty was becoming tired and on one particular February day, I saw he was ready to be free of the limitations of the disease. On February 27th, 2018 I said goodbye to my sweet dog. 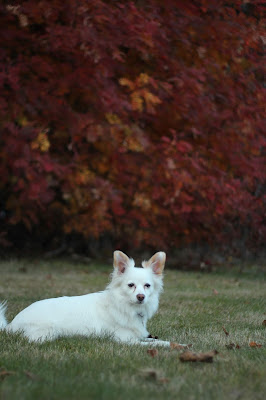 A light at the end of a very dark tunnel after I said goodbye to both Suzie and Ty. An unapologetic aura that reminded me not to take life so damn seriously. A goofy, yet constant friend in the midst of some really fucking hard life decisions. 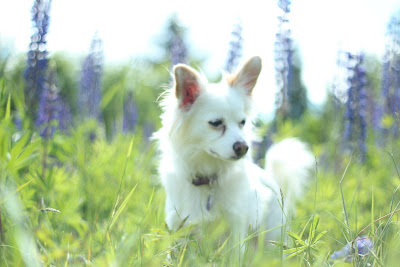 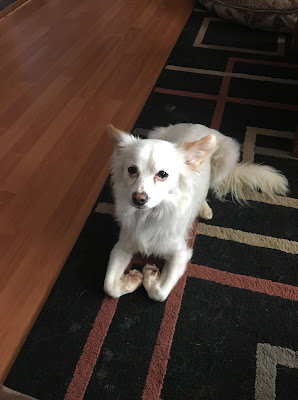 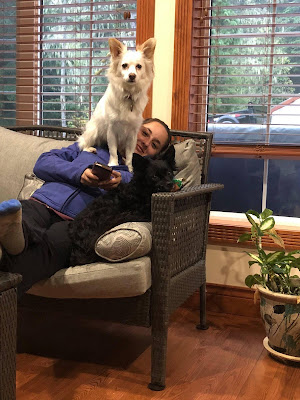 I still don't really have the words to put to paper to describe Ella or to really write out her story and how much she meant to me and my family. My heart still bears the fresh scars of her loss, and at some point, I'd like to revisit this page to appropriately document her story and her time in my life.

She was a bright light, and I am still heartbroken I was not able to experience her shine beyond our very short time together. Rest well, sweet Ella bean... taken far too soon from this Earth. 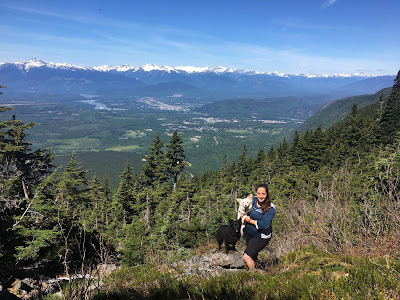 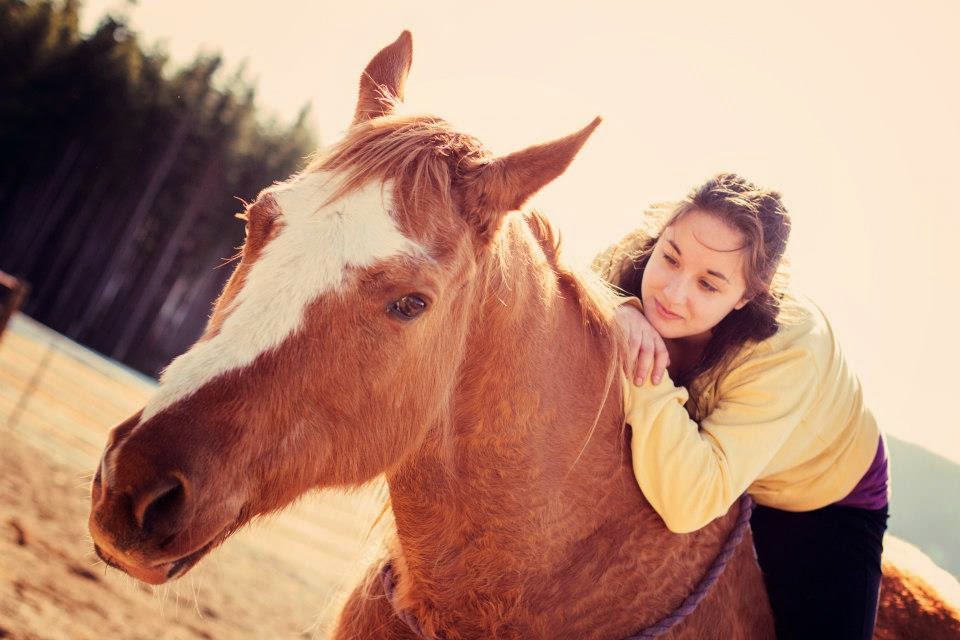 What is there to be said about a firey little red mare that hasn't already been said?

Suzie was a cantankerous, but oddly loving and respectable mare I ended up acquiring from an unlikely friend who took in rescue horses. Back in 2010 I had spent some time at my friend's ranch as a working student and quickly fell in love with a certain red mare. The running joke during my time at the ranch (and for a few years afterwards), was that my friend would force Suzie on me as a "non-returnable gift".

Fast forwarding to 2013, I was able to make my dream of owning Suzie a reality. The ironic part of the entire situation was that I was driving down south (16hrs) for a University tour and interview, but found myself hauling a horse trailer to pick up Suzie when we headed back home. This caused a lot of concern, especially on my parent's part, about what the heck I would do with a horse if I got accepted.

But what if I didn't? I had attempted two other times to get into this University and both times had failed. This would be my last and final hurrah. I always joked that if I didn't get accepted, at least I had a horse.

Come May, I didn't get accepted. 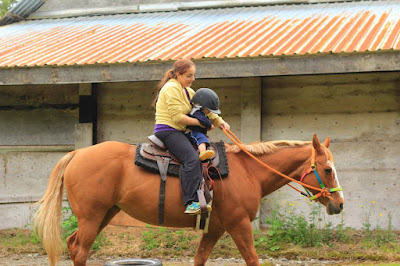 Our first year together it took a good six months to actually gain respect of one another - she was an intelligent horse who was very calculating and good at getting out of things she didn't want to do. I found out a lot about her history - that I was her fifth registered owner with the AQHA (not including those who did not register themselves as owners). She had a history of being passed around and part of me believed she was cantankerous not because she was in pain or miserable, but because she was undeniably sad no one held on to her to cherish her. She was 21 when I brought her home, so she certainly didn't know a life of regular routine or devoted love.

I began to teach Suzie that despair and heartache would never come from me, and that I would be her final stop in this world, no matter what happened. 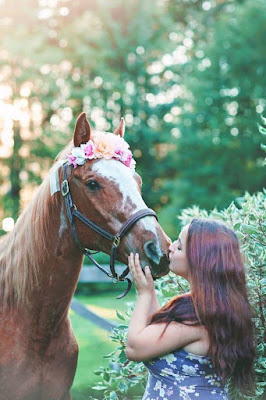 As things progressed, we battled mystery lamenesses more often than not and in between those times, were able to dabble into just about every discipline we could get our hands on. You name it, we did it. We did gymkhanas, hunter shows, halter classes, AQHA classes, dressage, reining clinics, trail clinics, Canada Day parades....

At the close of 2016 Suzie was diagnosed with navicular/ caudal heel pain as well as arthritic in her knee. I retired her completely, save for minimal pony rides she gave my nephews who doted on her and loved her entirely. She was closely monitored and on a pain management system to ensure her comfort levels never wavered.

With that being said, I kept a close eye on Suzie throughout 2017. I was aware how incredibly fragile her body had become and when she walked up to me in the pasture with eyes that held less sparkle than they did the day before, I knew it was time.

Run free, my sweet girl and give 'em hell up there. 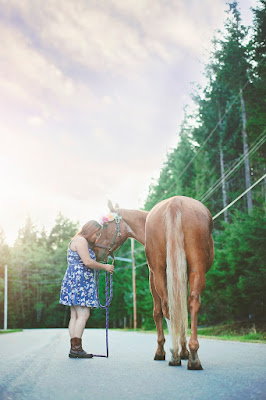 I owned two rats, Rattitina (left) and Ratticus (right). Sadly, Ratticus, my neutered dumbo rat passed away on May 24th 2015 from what we assume was internal tumors (possibly cancerous). He was nearly two years old and I will miss his rattie kisses. He was affectionate, loveable, and so friendly. It was utterly and truly heartbreaking to lose him. And then on December 8th, 2015, my sweet little girl Rattitina passed away suddenly.

I will miss them both terribly.