First Schools of the Season

Over the last few weeks, things have been pretty busy on the horse-front! I've slowly been legging Annie up into some "real work" since a majority of our rides have been hacking around the subdivision while we waited for the snow to melt from the arena.
We've been able to lay down a few rides now and I've had the opportunity to play around with a few things. I feel pretty good about the direction we're headed in, both mentally and physically. As always, I'm guarded about her capabilities, especially as we enter the month of May and the alder pollen starts to fall... but I'm keeping my fingers crossed and we'll deal with whatever comes our way as best as we can. 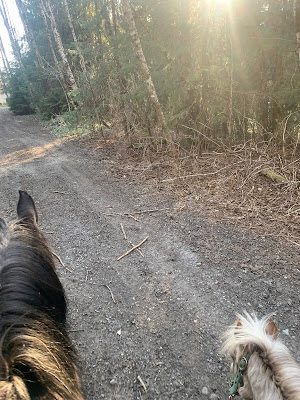