A friend reminded me I hadn't posted a 2019 Season by the Numbers yet, so I figured better late than never?

Unfortunately, this year I did not have the time to prepare a fancy infographic like years past, but I feel like these are fun to do all the same.

Without further ado, here is our 2019 riding season, specifically calculated and broken down into numbers for no other reason than for fun:

Since I rode multiple different tests this year, I'll break it down a bit further than just one number. However, out of all the tests I rode this year, our highest was a 69.3% for Training Level 3.

We did play around at First Level, so here are our highest marks for those:

For a first foray into First Level territory, I feel pretty good about the averages we hit. Of course, we didn't go to many shows in 2019, simply due to lack of shows available in our immediate area. Hopefully this year we can work more on sussing out Annie's Dressage ring anxiety/ buddy sourness issues and we can have less theatrics in the ring and more steadiness and reliability. In the end, it is something that can only be 'fixed' by miles anyways. 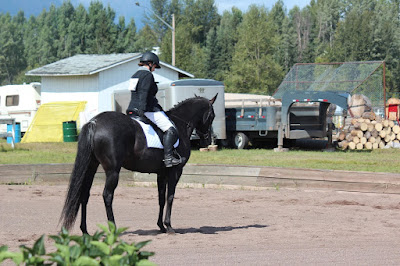 We had an interesting sprinkling of 8's throughout the year, with quite a few 7.5's.

Knowing me and Annie, the 8.0 on a canter circle is pretty awesome, considering the fact that the canter has been a really difficult gait to get our shit together in in the Dressage arena. Annie's go to is to cross fire or lead change when she gets tense and stressed (regardless of where I have her flexed), so it's been a journey to get things smoothed out. The fact most judges reward my tactful riding makes me believe it's something that'll just take time on Annie's part to get "settled" and less fractious in the ring. 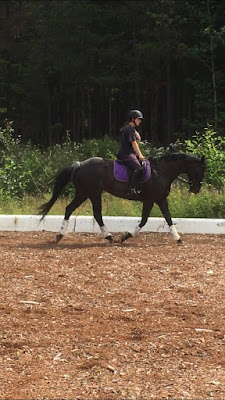 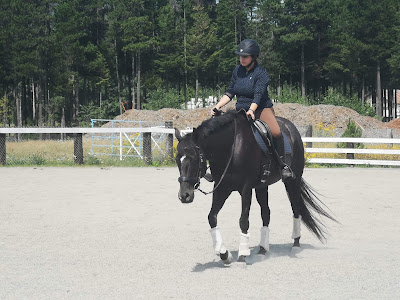 These were split amongst 4 clinicians, and hosted in 3 different venues. One of which was 5 hours away! 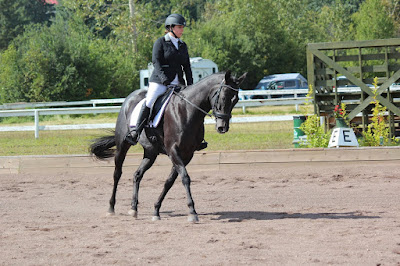 There weren't many shows in 2019 in our immediate area, but we attended 2. One of which was a Dressage Only show, and the other was the BVX wherein we did a bit of everything (halter, jumping, dressage...). 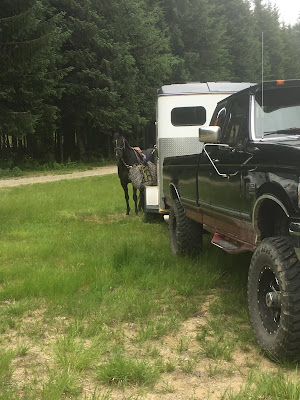 We hitched up and headed out for a grand total of ~20 adventures (there may be one or two that I am missing).

Of these 17 adventures, they broke down as follows:

We visited the Vet twice, once for an annual health check up and a second time when Annie's eye blew up.

Seven of these outings were for lessons.

A total of 4 outings were to our outdoor arena, once to partake in the fun cowboy challenge day I planned, another time to play with jumps, once to ride without having to hack home (which is about 20min to and from) and another time to meet up with the saddle fitter and try out a bunch of jump saddles (none of which worked well).

We also hauled out to two shows, as noted above.

Twice we hauled out to trail ride off property with friends, which was a lot of fun. 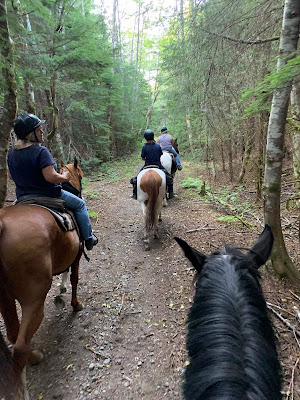 We also journeyed out once in the early Spring to ride in the indoor arena with a friend before all the snow melted.

And twice, we played at Percentage Days/ Clear Rounds.


Total of KM spent in the Saddle 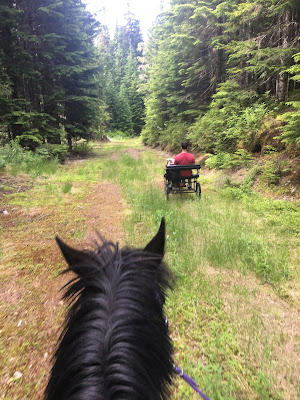 We rode a total of 328.1 logged kilometers in Equilab. However, I did not track lessons, shows, or fun days. In addition, the Equilab app did not work properly for quite a few rides and subsequently read 0.3km for hour long rides, which is not accurate. Despite this, it's still a cool metric to play with! 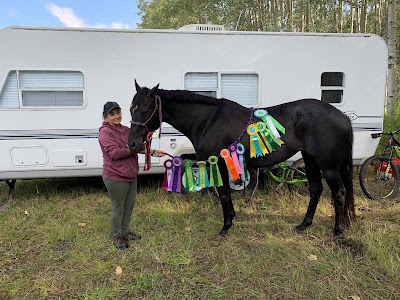 
Doing the season by the numbers is a fun way to recap what we did during the year and just how many adventures we had.

Finally completing this recap, however, has made me long even more for Spring... we were hit with another 8" of snow and I'm just so over it. I'm ready to swing a leg back up onto Annie, drive Spud, and play with Maizey. Unfortunately, I think that will take a bit longer than I would like. So, for now, we patiently wait for sunnier days and fast melting snow.