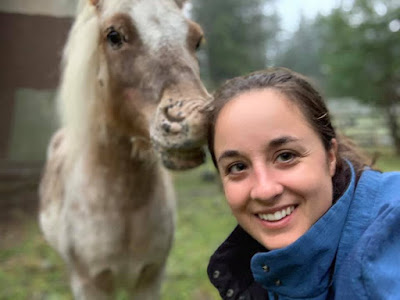 Half a decade of owning this sprightly, talented, and personality-plus gelding.

I've officially owned him for nearly half of his life, and I have also owned him the longest of all my current and previous horses. 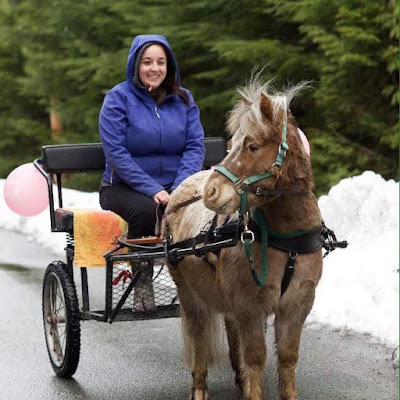 I remember the day I bought him - it was after months of searching for a suitable driving mini to double as a companion for my senior Quarter Horse mare, Suzie. A kind woman with a plethora of driving experience and knowledge had offered to help me look, lest I find something incompatible or completely inappropriate for my skill-level (read: none).

She tagged me on an ad of a portly and kinda ugly gelding a few times, urging me to give him a chance and to explore his ad and potential further. Truthfully, I scrolled past his ad several times, not interested in an unbroke and inexperienced miniature who looked as if he literally were a potato. 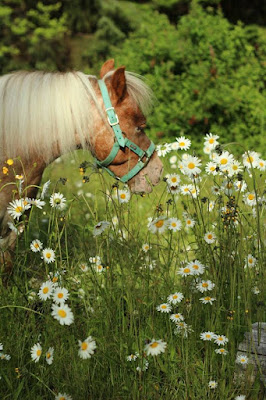 Still, I found nothing, so I reached out and within 24 hours I committed to purchasing him and sent him to the very woman who helped me find him.

It all worked for the best, as terrible as the entire situation could have gone, and Spud spent two months being broken to cart and associated with all of the things a proper driving horse should. I was able to visit him during Month 1 and was able to drive him for the very first time. Oh, how far we have come since those days.


In the middle of November, and a winter storm, Spud officially came home.

It started out as a rocky relationship - long-time readers may remember the rearing fits in harness, or the incomprehensible amount of spooking and spinning which took place. It was a challenge, and while I was decidedly NOT an educated driver, I absorbed every ounce of knowledge I could. From e-learning sessions with his trainer, to hoards of books, youtube videos, and even throwing ourselves into clinics, I started to get more comfortable with the aspect of driving and in turn, Spud became less uncertain and shy.

I remember when I first brought him home, he was a very uncertain, suspicious, and flighty animal. Things like walking directly towards him, shoveling poop (especially if you were scraping manure into a pile near his feet), scraping hay with a pitch fork, and even loud noises (coughing, etc) would send him into a literal tail-spin and off he'd gallop.

He was also very, very difficult to catch. I learned very quickly that jerky movements trying to get the halter on, or tossing a leadrope over his neck and/or back would spook him so bad I'd spend upwards of 30 minutes trying to catch him. He'd visibly tense and arch his back, as if expecting a heavy blow during sudden movements and if he felt threatened, he'd make sure he got away, and fast.

Some of these anxiety-ridden behaviors are still ingrained - if I slip in the paddock or trip over my own feet, 7/10 he will tense visibly but does not resort to fleeing - and instead of attempting to change him or force him to be OK with things, I allow him to decide for himself. He's incredibly intelligent and talented, and understands the difference between danger and a scare. 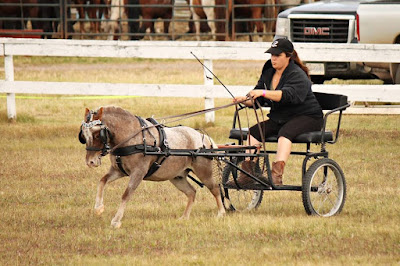 Make no mistake, he is still treated like a big horse. I don't tip-toe around him, but I do know his tolerance level is quite low for reprimands. Interestingly enough however, he seems to be more tolerant under harness of physical and mental pressures. There have been a handful of times he has lost his brain in harness and I've had to re-mend that physical gap, but for the most part, he thoroughly enjoys being pushed and does not mind being corrected.

Above all, Spud has taught me about patience and persistence. He's a little fire-ball, but it took a lot of time for him to recognize his own persona and allow himself to embody how he felt. It's amazing to think of who he was before, and how he's evolved. He leads the charge in most gallop-parties, and is happy to kick out at Annie's face should she get to close. His best friend is a half Arab Paint, and the two take great delight in playing bitey-face and running laps at our local outdoor arena.

He's exceeded all of my expectations and has taken to everything I put in front of him with an open mind and an eagerness he had not had when I initially brought him home.

The last five years have been an adventure, and although he does not necessarily get the amount of media coverage as Annie, he holds just as special of a place in my heart and in my barn. The lack of driving community in our area continues to be one of our biggest hurdles in progressing and continuing with my driving experience and our "show record". 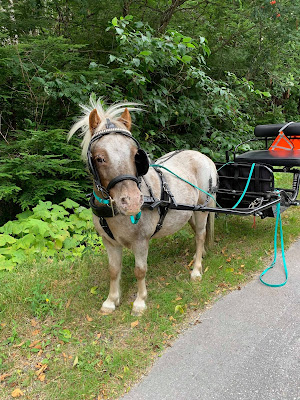 That being said, he owes me nothing and if we happen to get down south to compete some day, I'll be as happy as if we spend the rest of our days casually driving the back properties and old ATV trails.

Happy 5 Years to the very best potato there ever was. 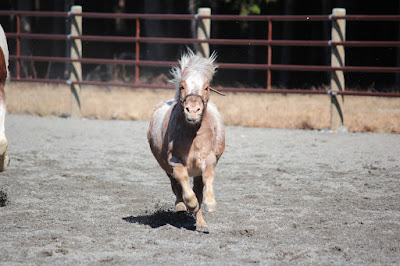