A huge thank you to Amanda for creating this hop, lest I be left with 0 blog content during the off season!

I'm terrible when it comes to narrowing it down to just ONE photo, so hopefully I can answer the questions without much hesitation. Be forewarned tho, this may just turn into one big ol media dump. 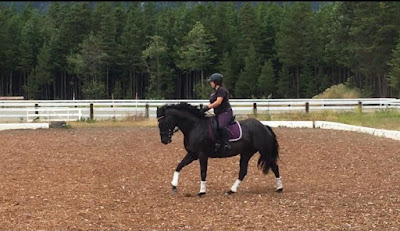 Favorite Annie show photo has to be from the online schooling show we took part in in August. This is technically a screenshot, but most of our shows this year suffered pretty hugely in the media department. Regardless, it still counts to me and it makes me excited for the future. 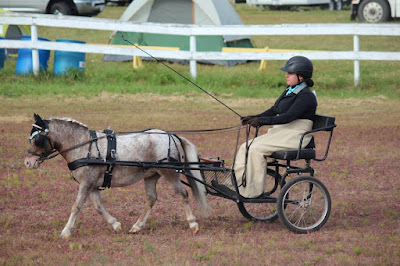 Favorite Spud show photo - I had a hard time choosing just one since our entry at the BVX was certainly well documented! He's such a good little noodle tho, which makes it hard to pick just one... but I love how attentive and happy he looks heading into our cones course! 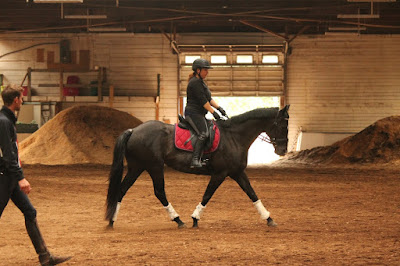 Mine and Annie's Dressage saddle!! One of my biggest horsey purchases aside from the actual horse, haha.

I think by far, my favorite moments on horseback where the days we were just enjoying each other. It's hard to settle on just "one" ride out of the whole year, but riding Annie bridleless was pretty friggen awesome! Pictured above in gif form is us cantering brideless for the very first time. 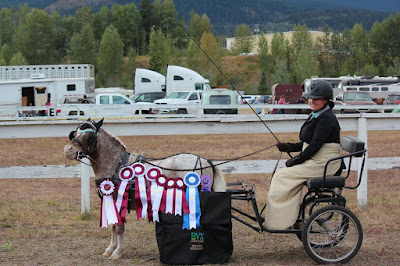 With the Potato Pony? Of course it would be completely dominating the Driving ring at the BVX. We walked away with many red ribbons, high point, and several prizes!

Favorite Moment Out of the Saddle 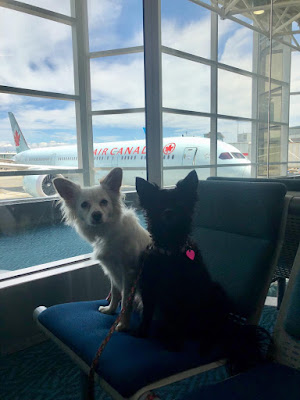 It is kind of a tie... For one - meeting Ella and adopting her. And secondly, visiting my parents in Nanaimo. Family time is so important, and I'm glad we were able to make it happen. Even more so, I am beyond grateful that my parents and brother were able to meet Ella.

Favorite "Between the Ears" Photo 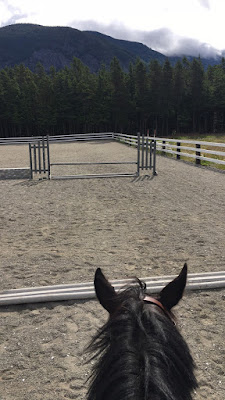 I have so many between the ears photos, but I think this one is a high favorite!! Our very first "big" jump haha. Lots of new things this year - pushing past comfort zones and all that. 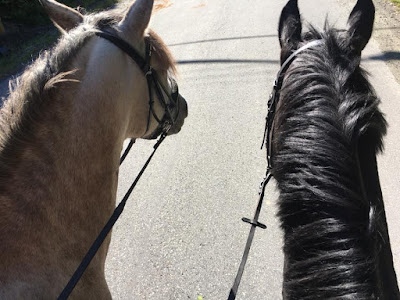 Second to that, was riding with friends <3 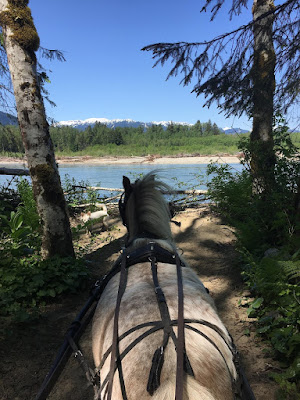 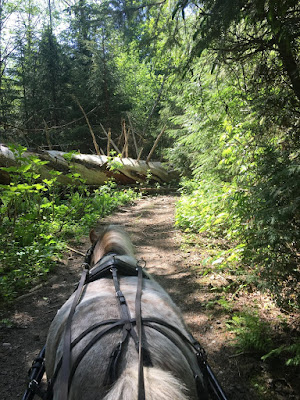 The top two photos are my favorite between the ears pics with Spud - and ironically both photos are from the exact same trail, haha! We found this trail completely by accident, and it turned out to be one that we drove several times over the Summer.

To be honest, I didn't really pick up many books or articles this year. What I did do was immerse myself into clinics and seminars. One of the articles I found interesting was this one, posted by Horse Nation in regards to painful vs non-painful lameness.

Despite this, I did refer to an old book I have had for a few years. It is a good reference point, especially when dealing with mild injuries or just general reading to calm wandering minds!

Favorite Horse Ridden (groomed/ or cared for) Aside from your Own 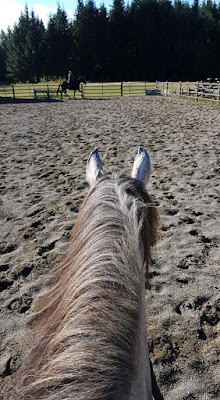 Of course it would be the lovely Navarro, owned by a friend of mine! Navarro actually had a beautiful filly later this year named Autumn.

Favorite Funny Picture of your Horse 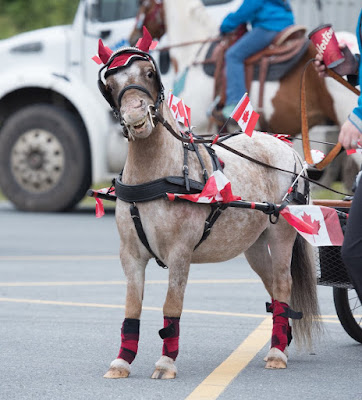 This photo will never not be hilarious.

Favorite Fence you Successfully Jumped or Movement you Conquered

Unfortunately, I don't have a photo of the fences, but the following picture was taken on that day! 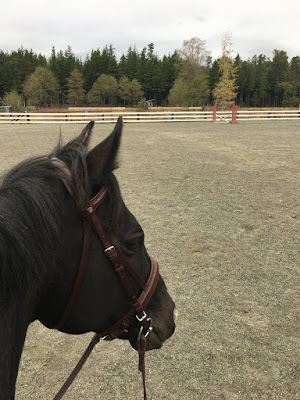 The first fence in the line is the red x-rail, though. It was the first set of fences I felt Annie actually lock on, which was super cool! 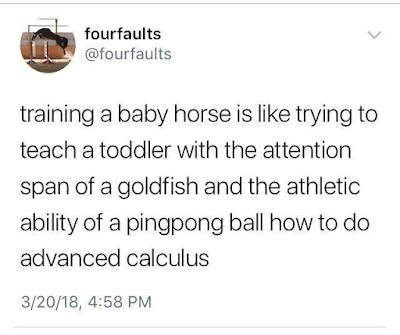 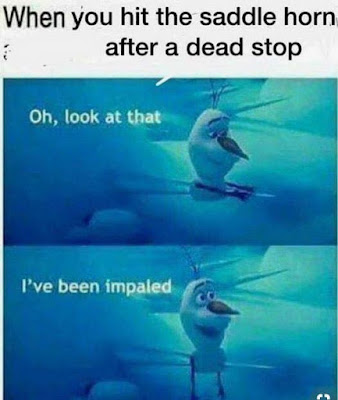 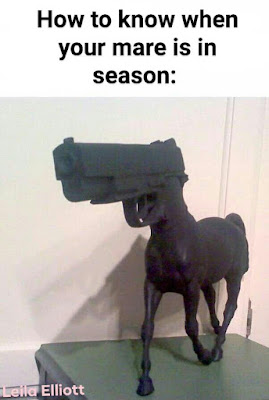 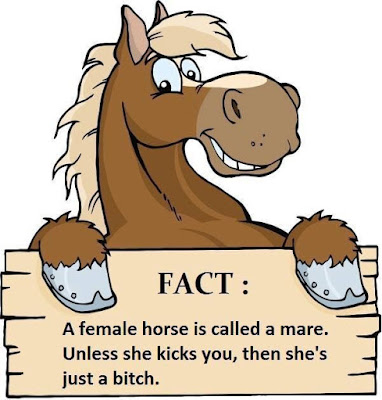 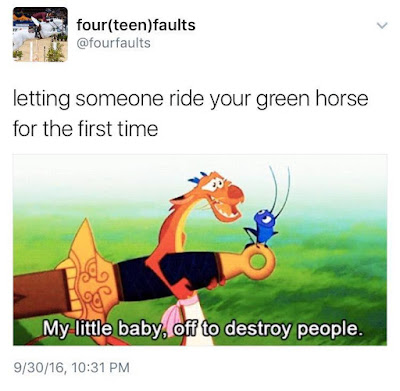 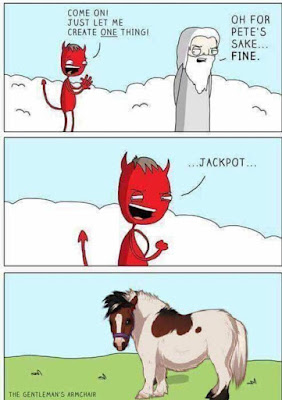 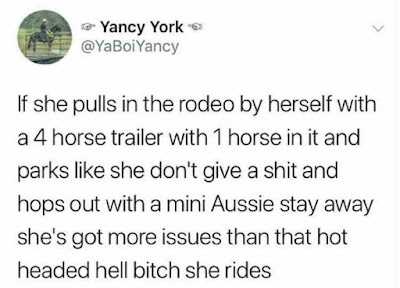 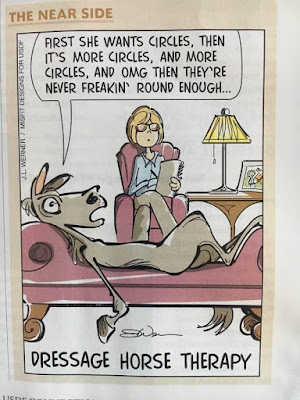 I love me a good meme!