Some Goodbyes Are Too Soon

We suddenly, and very tragically lost our sweet Ella in a freak accident Saturday morning.

(note: the last few blog posts that rolled out were pre-published as well as were from rides I had had weeks ago). 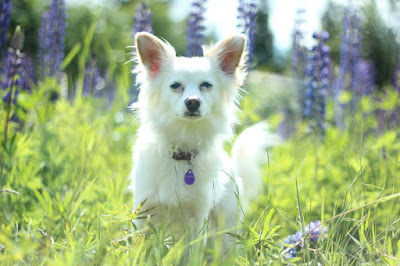 I'll be blunt - as much as I don't want to go into the details of what happened, I think a level of honesty and some transparency is needed to understand the depth of the situation.

We did not see the events transpire, so only have the knowledge of beforehand and after, as well as the Veterinarian's findings and assumptions.

Essentially, Ella was alone in the back section of the pasture with the horses while Jamie and I were unloading round bales into the barn. Something we had done hundreds of times. The horses were on the opposite side of the barn, watching us, while Ella was on the other side supposedly eating poop.

What the Vet figures is that the horses must have spooked and decided to flee from whatever situation was present, and inadvertently, contacted Ella with a limb. The trauma (or lack of, rather) does not suggest she was kicked, stepped on, or intentionally injured.

That's about all I'm going to say about it. I don't want to go through the details of our own trauma as we discovered her, or the efforts we made to save her. I don't want to talk about the confusion, horror, and immense pain we felt in those moments. There is some peace in the fact that despite what we saw when we found her, her conscious-self was long gone.

I do know there are risks involved in horses and dogs co-existing and part of me feels really stupid for having them out there with me. But in the same breath, I worked so fucking hard to make the horses a safe place for Ella. Hundreds of videos I have of them together will show her disinterest in them and fear of them when they came close. She never bothered them. They never bothered her. She never ever barked at them (which is why Jamie and I both found it odd she was barking in the paddock).

I don't even know what to say. What to do.

I know of several people who avoid bringing their dogs to the barn. I get it. I understand why. My dogs are always with me and I think I do an OK job of giving them the tools they need to stay safe or make good choices around the horses. I spent months working with Ella and had I had any indication she would have chased them or caused an issue, she wouldn't have continued coming. But she was a delight at the barn and even when I rode in the arena - she did her own thing, sniffed her own stuff and didn't find the horses particularly interesting.

I've kind of avoided the barn these past few days aside from doing chores and changing blankets. I know I can't blame the horses, especially since it really does seem like it was an accident, but I just keep seeing it and it's so fucking hard.

I do blame myself. And I have played the events in my head over and over again - what I could have done differently, what could have happened if we didn't do X, Y, Z or had I just left the dogs at home that morning.

To say we are heart-broken is an understatement. She was a light at the end of the tunnel when I lost Ty and she brought me so much joy. She was unapologetically Ella - it didn't matter if you didn't like her... she was going to make you like her. And that's how I want to remember her - as the dog I didn't intend to keep but the dog I fell in love with after I thought so hopelessly I would never feel that again. 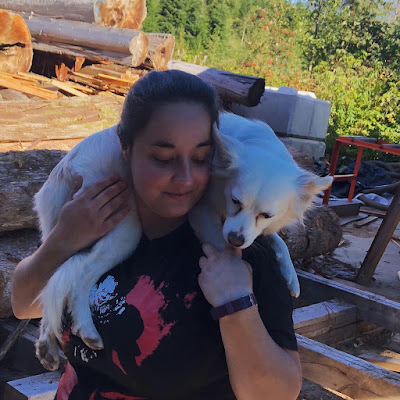 I am so sorry, my sweet girl. I wish there is more I could have done to protect you, to save you...


When I can do a proper send-off post for Ella without breaking down, I will. I don't want this one to be her "last" post on my blog, because that's not how I want her to be remembered. I want to share the good times, the times that made me laugh and the times that I fell in love all over again. Right now, I just can't bring myself to do it.
Posted by Cathryn at 7:16 PM

Email ThisBlogThis!Share to TwitterShare to FacebookShare to Pinterest
Labels: ella