I do have lots of things to post, so fear not my silence, haha. Life has just been busy and fun, with not much time for blogging. This post was too important to ignore, and for good reason!

In some ways it feels like I have always had him - lurking around the corner of the barn, his eyes twinkling with mischief and vigor.

He's blossomed into such a self-assured and resilient little guy, which is a far leap from where he started. Being an auction pony that wasn't given the best life previous to that, he showed a lot of anxiety and sensitivity (he still is quite sensitive, but I am able to push him a lot more than I ever could have previously). The first few months of his new life with me showed he was kind, forgiving, and naturally easy-going, but he had some emotional scars and past traumas that prevented him from fully blossoming.

For a large portion of my equestrian learning, I was often paired with bold and eager creatures - not easily intimidated and often lacking manners and respect. Learning to adequately and appropriately react to Spud was a learning lesson in itself. There were many situations I could not easily get through to him - and these situations took a lot of trust building and understanding.

It can be funny at times. This little horse who can have complete panic-induced meltdowns over simple things like bathing can flip a switch and become the most confident soul in the universe once he has his harness on. He's unstoppable, unflappable, and oh so reliable.

I think a lot of the emotional scars of his past will always be there and in some ways, he won't be able to move past them. Which, instead of fighting to change him, I've come to respect and understand.

It's not to say I avoid the difficult things or even the easy things (that he finds difficult), but I no longer sweat the small stuff and work around his uncertainty with more patience than persistence. 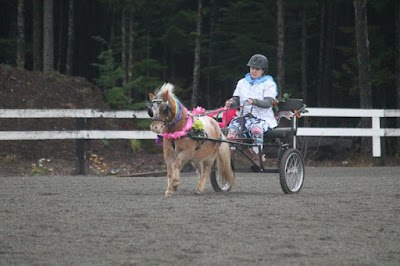 We have overcame mountains (oh the rearing fits, how I miss you not), and sailed smoothly and seamlessly into new experiences. He is the horse I choose for so many things - parades, festivals, pony rides... And he has made me so proud of the confident and bright little horse he has become.

What was supposed to be a resale project at some point (the idea was that I would sell him once I had two full sized horses), is firmly no longer an option. Spud will always and forever have a place in my heart and my barn.

I have, since our second year together, said that Spud is that horse for me.

He's captivating, confusing, and just so damn good for the heart. 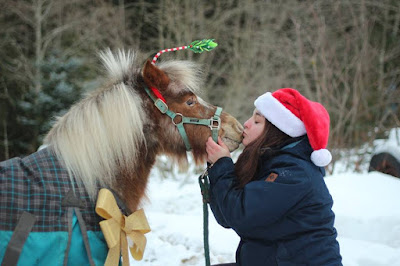 And there is no part of him I would ever change. I love him as he is. 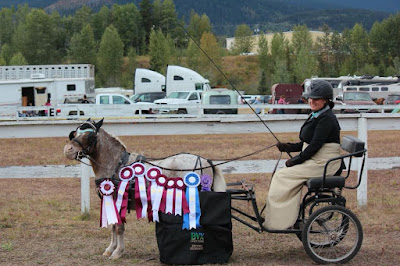