My previous post was quite overdramatic and pessimistic despite the fact that I truly harbor no ill feelings towards Finn - or any of the horses in my life for that matter. Sometimes you just get a kick in the teeth and it feels like the whole world is against you, or pushing you into despair. But beyond the whining and self-pity, I need to focus on the positives. 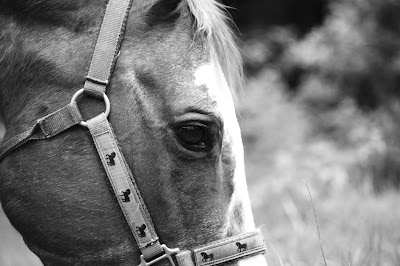 I will disclose that the past week has not been easy. In addition to having a somewhat disastrous horse show; a horsey friend of mine lost her beloved father to a tragic accident (this particular news hit me quite hard, as I nearly lost my own father to a brain aneurysm almost a decade ago), another horsey-acquaintance lost her 21 year old ex-show mare, I found out that I did not get accepted for a job I had been interviewed for, and a miscommunication caused Suzie to be trimmed and turned back out barefoot (which in turn made her lame).

So yeah, this last week has sucked some serious ass.

In an effort to focus on the positive vibes I've had going on in my life, I've made a little list to remind myself that when you're going through Hell, just keep going. 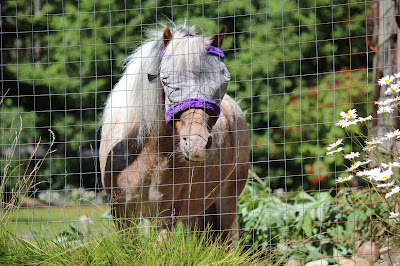 1. Beyond anything else, I have a boyfriend, family and friends who are there for me consistently and constantly.

2. I still have the ability to ride, despite my own mare being diagnosed with navicular. Also - Spud is pretty friggen cool to drive.

3. Despite the whole "no job/being poor", I do have a rather successful dog walking program that has really sailed and provides me with the ability to do some "fun" things.

4. I have a huge amount of support from the blogosphere - seriously, you guys rock.

5. My mare is in great hands - she has the ability to roam 20 acres with two other mares. She is healthy and happy. She'll have her shoes back on tonight and be just fine.

6. Finn is doing amazing for his age and due to all of the time off. He has all the buttons and he is SO willing and game for everything I throw at him.

7. I was called this morning to cover a few shifts for another CSO  at the end of the month.