Product Review: If The Bonnet Fits 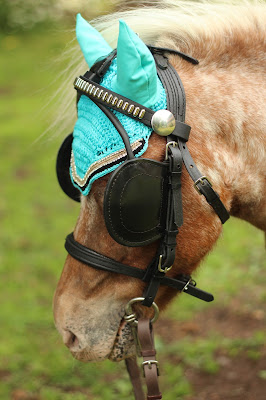 After seeing the900fbpony's review on the bonnets she had customized and ordered from If The Bonnet Fits, I tucked away the information and classified it as a "possible future purchase". I didn't bite the bullet initially since other than having ear bonnets to look fancy, none of my horses actually "needed" them. But then Spud  started his head shaking and I thought that trying out a bonnet to see if it would help wouldn't be such a bad idea.

In truth, I had started out looking on the various online stores that were designated for miniature horses. Honestly I didn't particularly love the minimal choices of color and style, or the poor quality the products mirrored in their photos. I knew instinctively I wasn't going to spend $$$ on a shoddy bonnet that probably wasn't going to fit Spud's very delicate head.

I headed back over to Facebook and immediately contacted Sierra at If The Bonnet Fits to discuss my possibilities.

I was literally floored by the amount of options I really had!!

There were infinite color combinations of yarn, cord, and bling. The shape of the bonnet was also endless in possibilities - from long and narrow, to square and abrupt and everything in between. Within the ears, Sierra can even offer noise reduction!

Quite literally, I sent Sierra a price-point, measurements of Spuds little china-doll head, and gave her a color scheme since I was pretty undecided as to what kind of cord or bling I wanted. A few days later I opened my inbox to find not one... not two... but FIVE prepared bonnets (sans ears) in the color scheme we had discussed and in all different styles. 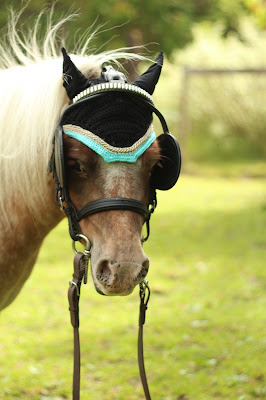 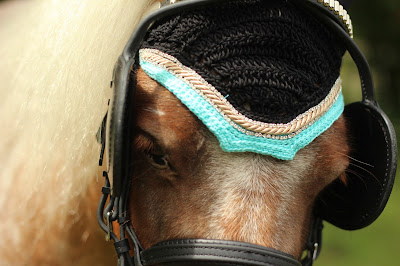 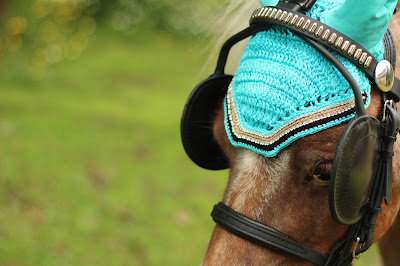 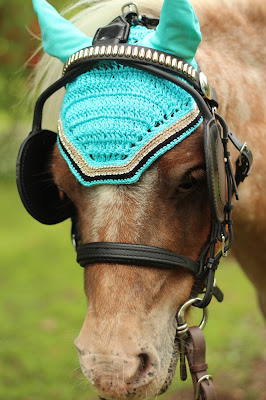 I loved the styles so much that I opted to purchase TWO bonnets for Spud - one to be a "fun everyday" bonnet and the other to be a show bonnet. And after a few adjustments (a lighter color for the cord), the entire process was finally over and the bonnets were ready for ears to be sewn in.

Now, the bonnets are very well made. The stitching is lovely and the bonnet actually holds it's shape along the horse's forehead - and it doesn't flip up during faster work. In fact, Sierra uses mercerized cotton which is more breathable, easier to wash, and more durable. With horses, that sort of thing just matters! 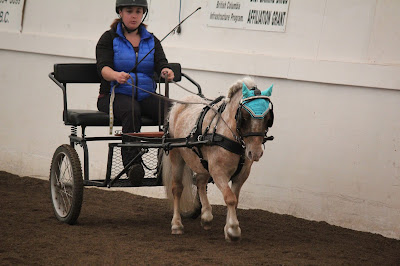 All in all, even with the crazy CAD - USD exchange rate, I spent less than $80 on two bonnets and shipping. Of course, with a horse-sized bonnet, you'd be looking at more $$$ strictly due to the amount of product being used.

Not only is the fit fabulous, but I was able to fully customize my bonnets and make the additions and changes I wanted without breaking the bank. Anyone who owns miniature horses or miniature equines, will know how painful it is to try and find tack and equipment that is actually worth it (since most is cheap, tacky crap).

I honestly have nothing that I would change or any complaints about either of these pieces of artwork. While I have not washed either bonnet yet, I feel as though they'll wash up just fine and be none worse for wear. Of course, with the crystals, I'll opt to hand-wash vs tossing it in the washer.