Much like blogger Emma, who posted about the non-linear progression (and regression) that is horses, I too share a very uncertain future with horses. Not necessarily in the sense that I will sell what I own and vanish - but more along the lines of "where do I go from here"? 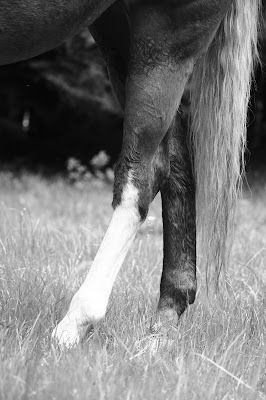 The future in showing and participating in active riding is perpetually non-existant once Finn returns home from my lease.

This isn't a shock. Finn's lease was meant to be temporary, with him returning home this Fall, after show season.

And when he returns home, that leaves me with one broken mare and an ever-tempermental mini. Not that it is a bad thing - I'd much rather a broken mare than no mare at all. But it still puts a large halt on my competitive riding career.

So that leaves me with the ability to day-dream about endless possibilities.

My thoughts have gone all the way from purchasing a fancy new show horse, to pulling a viable embryo out of Suzie and putting it in a recipient mare. I seriously put more thought into the latter than I am proud to admit. But I digress.

I love my red mare and if she weren't old and broken, I may have something to work with. But, by this point I'm sure her ovaries have dried up into nothing and even-moreso, I don't have an excessive amount of money to pour into old ovaries, recipient mares, petri dishes, and whatever else lab equipment I'd require. It'd be a mad science experiment for sure, and if I had thousands of dollars to play around, I would. 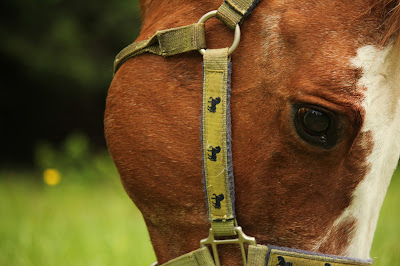 But such is life.
And much like the game of Life, it likes to fuck you when you aren't looking.

And boy does it fuck you hard.

In truth, I've delved down into this pit of self-induced sadness with the cards I've recently been dealt. Suzie being diagnosed with navicular was just the tip of the metaphorical ice-berg. I haven't made it public knowledge on this blog, but I've been unemployed since late March due to lack of work. The construction industry is a fickle thing and quite literally, you will work yourself out of a job. It's the nature of the beast - things get made and once they are made, the project is over.

The unfortunate reality is that the bills keep coming, the pets seem to get injured during the worst of times, things break and need replacing, etc etc. Things that were frivolous desires (read: not a necessity) were no longer optional and having Suzie be diagnosed and retired to a life of leisure was just a kick in the teeth. I could take losing my income; losing the freedom of riding was just unbearable. And while I still have Finn to ride, it really isn't the same. And while I still have Spud to drive, it really isn't the same.

Nothing will ever be the same as riding my red mare. 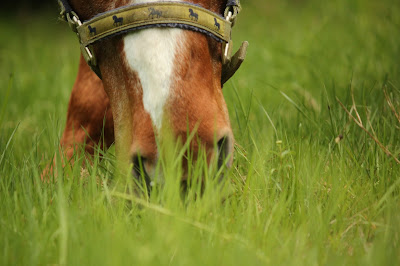 Although I was still unemployed when I started to look for a lease horse, the essential staple to the conditions of the lease were that it'd be a free lease. No money was outgoing and it was do-able considering I had purchased a shit ton of hay prior to the job loss. I'm sure I could've gotten along just fine without riding this year, but it was more of my own selfish-fueled desires than anything.

So I've been doing some soul-searching and tossing around a multitude of ideas. The idea of a horse that is already made is seriously appealing, but it will come with a price-tag that I will not be able to afford for a while, especially due to the whole unemployment thing. Saving up for a new show pony was not in the plans for the last few years and even since Suzie's diagnosis, I haven't put a penny into my "New Horse Fund".

I've had friends tell me to just look for a cheap project horse. But in reality, I don't WANT a project. I want something made - I don't want an 8 year old Morgan that is green-broke or a 6 OTTB that just came off the track. My "want" list is very specific and I have only been able to find two horses that would have literally fit the bill - ironically enough, they came with a large "bill" (ha ha ha). The other horses I know of that would fit the bill are not even for sale.... And why? Because the kind of horse I want is the kind people keep for themselves.


But am I willing to fork over a large amount of change?

And then there is the property to consider - I don't want to board forever. Do I hold off on purchasing for the next two - three years just for the sake of saving and building a barn?

Or do I take on one of the largest projects there is in horse ownership and purchase a weanling?

Before you void my thoughts as being completely erratic and nonsensical, think about it for just one second.

Say I purchased a weanling and whilst it grew up and became a respectable equine citizen, I built my barn and spent that non-existant extra time I have on the property? In addition, the weanling will inevitably become a 5K+ investment but the difference is that it'll be over the period of quite a few years vs an initial purchase price. Plus, any showing and such would be beneficial in the sense of getting the foal out and about, but it wouldn't be the end of the world to miss a show here and there.


The foal is due in July and provided it is a solid (no paints, pls), it will be something I may have to strongly consider.

With me wanting an exact type of horse, it may be "cheaper" to start off with a weanling vs a made horse. Because to have a made horse sitting in a pasture isn't as appealing as it is to have a weanling sitting and growing up, experiencing life. And perhaps during the time I spend "making" this foal into what I want, Spud could be shown properly and more seriously during that time.

So am I crazy? The boyfriend is supportive of the idea so far, altho he is less enthused about the idea of me paying more board money for a horse I cannot ride (it would ironically bring the tally up to 3 horses I can't ride... boo).

So do I wait 2-3 years until I've built my barn and such to get the horse? Should I save up for that "made" horse? Do I "make" THAT horse I want with shelling out money throughout it's career vs the initial purchase price?

The thoughts keep swirling and they don't make much sense. Maybe I'll just flip a coin.