When You Haven't Jumped In Years...

...and a friend asks if you want to jump her semi-neurotic jumping-machine of an Arab who hasn't jumped in months, remember to really *think* about your answer. 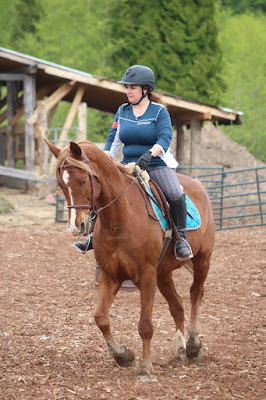 It started out harmless, but Fly isn't very adjustable between the jumps and being a very nervous ammy, I certainly didn't help him out. I haven't ridden anything as large as him (16.2) in the past five years, so adjusting myself to his HUGE gaits was a change in itself.

So while I haven't jumped anything serious in about five years, I somehow got a gigantic set of lady balls and agreed to play around with a xrail to a two stride oxer. 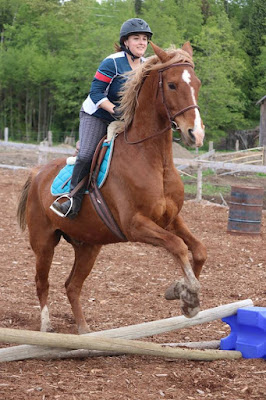 Admittedly, I did have a lot of fun when they were itty bitty crossrails. Fly was quite disappointed and decided to over-jump pretty much everything. Note my defensive riding because I wasn't sure what he'd be like for me.

I played around a bit, trying to get some adjustability between the fences and get him listening but he would flat out just fine and then see the jumps and immediately BOOK IT to them. 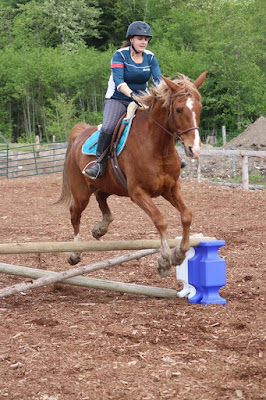 And then... I decided to try and get him a bit more obedient to the fence. He would literally power down the fences, cantering two strides and just powering over the little 2' fence.

Unfortunately, this resulted in Fly getting massively pissed off with me instructing him to jump over the first jump, circle out and back to the second jump. He decided that the next time we went down the line to brace into the contact and take the two stride in ONE stride and LAUNCH HIS FUCKING ASS over the second jump.

After landing, he threw his head down and pranced up with his front end in a half-hearted buck. And if you can guess, I stuck it out for a few strides before I popped over his shoulder and stupidly clung onto the reins and as I fell, I yanked Fly off balance and he stepped on my left leg.

The bruise isn't as impressive as it was the day after it happened. Perhaps I'll stick to quieter mounts during my foray back into the jumping world?
Posted by Cathryn at 7:50 PM