I liked the idea that a few bloggers had (Carley, Emma) to document their horses conformation and bodily changes as riding season progresses. While I'd like to tag off of their idea, I don't necessarily want to make it a monthly installment.

Instead, I'd like to make this a quarterly update - I do realize that I've lost two months time already, but will re-update May, August, and November.

Without further ado, here are the fuzzy-butt ponies. Keep in mind they look like crap because they've both been off for the last 3.5 months. 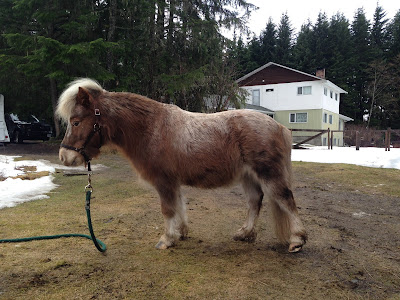 Despite the fact it looks like Spud has a really rockin' beer gut, he actually just has that much hair. I don't know if you can see how much of a beard he grew, but it's long enough that it almost reaches down to the snap for his leadrope.

Also ignore the fact that he is standing like a pre-Madonna. The remainder photos I got looked like this: 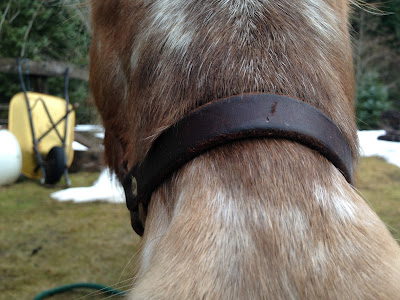 And secondly, mare-pants got some cameo phtoos done. Notice how sweaty she is? We'll get to that in a second... 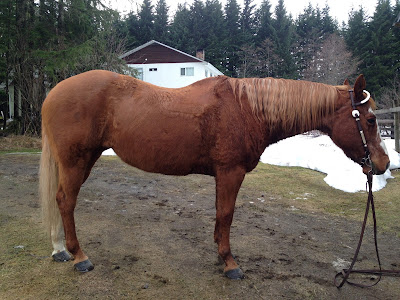 I am quite pleased with how she looks right now - I'd like to put a bit more weight on her (I've since upped her grain intake and hay intake), but otherwise her topline isn't too bad. You will notice how much nicer looking and less fuzzy Suzie is than Spud and is simply because Suzie was blanketed all Winter. 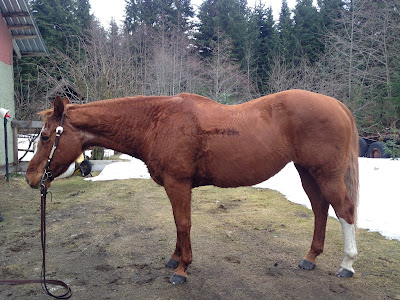 So since the mare was sound, I decided to pop on for a quiet walking ride to get "back at it since our sinking incident. Apparently Suzie was full of fucking beans because she tried to kill me several times. I ended up letting her power-trot for about 2 minutes until I realized she was just NOT going to settle, so we did some "calm-yo-self" circles and practiced some leg yielding and halting quietly.


It's funny because this mare will be 23 in May and she shows NO signs of slowing her roll - I am totally fine with that, although sometimes I wish I didn't have to get ponied off the side of the trail because she refuses to stand quiet... She truly is a nutter and she's all mine.


Sidenote x2: Does anyone know if Stories from the Saddle is still blogging? I miss seeing her updates :(
Posted by Cathryn at 8:59 PM