Why Horse Riding is the Most Expensive Sport

I had intended to do a post like this for quite some time, but between readying myself for shows and work, I hadn't had much time to sit down and pump out a comprehensive post. Ironically, now that show season is officially over, I haven't even hopped up on the mare since last Saturday. Between the epic rain storms, trying to get last minute hay (the dealer I had set my last load with flaked out at the last second... grrrr), and some grown up financial woes, I've barely had time for the saddle.

Neither horse seems remotely concerned about my other worldly responsibilities, and I don't think they really care all that much. Other than Spud finding some magical escape portal in the back pasture, there hasn't been much action going on with either of them. (I still have yet to find where he is escaping from, so for now they are locked in the front paddock).

But enough of my mindless blabber and onto the point of this post.

I had a revelation the other day, after there was mention from a co-worker that I must be "loaded" because I have horses. I brushed the comment aside, mostly because it's one I encounter every 20-30 people I meet. What I didn't expect was coming home and seeing the following photo floating around in the Facebook media-sphere. I laughed at it, initially, but the more and more I thought about it, it started to make me think.

And thus, the "Top 5 Reasons Why Horse Riding is the Most Expensive Sport Ever", was created:
(this list is comprised of comparing levels of sport at a provincial level rather than a global one, because otherwise we get into things like sponsorship, etc) 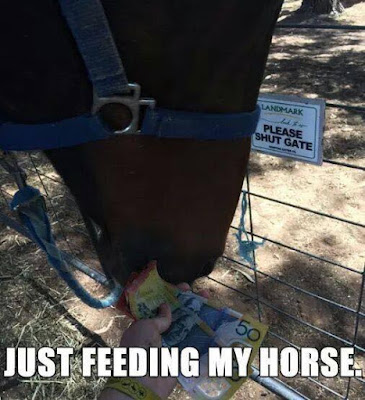 5. Our "team" is made up of another living, breathing being that requires YOU to pay for it's longevity. And I'm just talking basic necessities - not even the tack or apparel that normally comes with riding a horse. Things like yearly vaccinations, hay/board, dentist appointments, joint/hock injections, etc.

Think of it this way, Soccer players don't pay to feed their team-mates (heck, they don't even pay their COACH), or even remotely pay for eachother's vet doctor appointments. And I'm pretty sure Tennis player's don't buy their rackets $10 bales of hay because it's pure orchard and timothy. 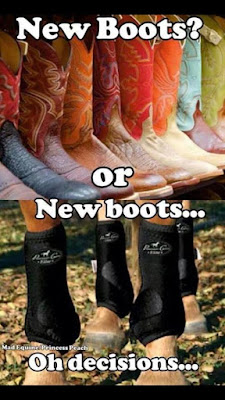 4. Competitions are extremely expensive and not only do you have to factor in your own lodging and accommodations, you must also factor in your horses. Oh, and don't forget the cost to haul and the cost of a groomer/braider.

In other recreational sports, athletes use this thing called an airplane to get to their next game. Or, they use fuel-efficient vehicles that do not haul a 1,500lb animal in the back. And yet, pretty much everything is covered by the league (this is where equestrians go horribly wrong). I don't think many 16 year old horse crazy girls are going around collecting bottles from their neighbors to assist in sending them to the next show. But you certainly will see a team of Hockey players selling raffle tickets, partaking in hot-dog stands, etc.

The cost is minimal to none simply because, as a shower/ equestrian, you are alone for the most part. 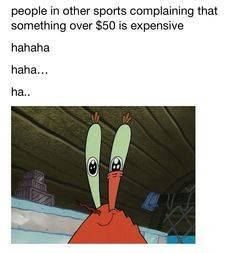 Stuffing your saddle, horse, and the rest of your riding belongings into a duffle bag in the basement and reopening 5 months later is not only inhumane, but it just doesn't happen. Board still has to be paid and the horse still needs to be ridden - that is, unless your horse sustains an injury (but we'll touch on that in a second).

Hockey players go out and play rounds of golf when Summer is in full swing - the ice rinks are more or less drained of the ice and no one even thinks "hockey" until the first week of September. While us equestrians are freezing our asses off in the Winter, dragging buckets of water from the heated tack-room to the pasture because all the other taps are frozen. 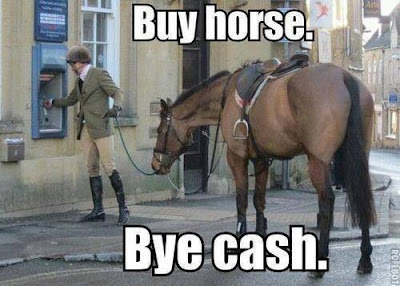 2. In most sports, if your team-mate gets injured, you swap in a different player and wish the injured person well. HA! In horses? The best of us WISH we could wave and smile and say "get better soon", but the reality is that horses can and will get injured. They will require stall-rest, vet visits, and expensive vet bills - all things that we must do/pay. If a soccer ball deflates or becomes defective, soccer players just replace it with a new one. 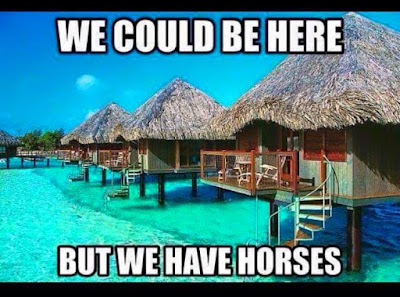 In some competitions, yes there are trophies and "high point" awards, but mostly everyone is ribbon hunting. The irony in this is that we keep these 98 cent ribbons for years and years, to display proudly on our book-shelves until they become "old" and get boxed away for a decade. 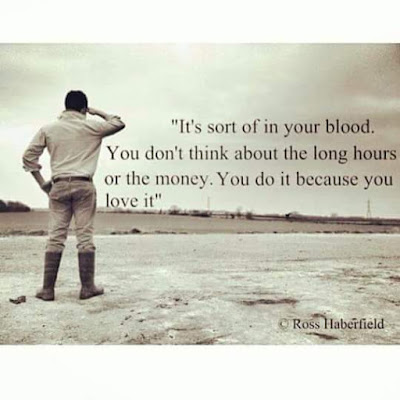