Thankfully the weather made a drastic turnaround from pouring rain to mild sunshine in the matter of two days and I was able to warmly welcome the opportunity to ride my mare.  A friend and I planned to ride at the fairgrounds but would be avoiding the riding ring due to the poor drainage and sloppy, thick mud. I’ve been told that the riding club which maintains the ring is going to be levelling it and removing additional sand, which would be beneficial since some areas are very, very deep (ie. The location Suzie and I fell).

Regardless, I knew it would be just as good to school in the meadow in front of the ring and I intended to pony Spud for the trip. I figured any excuse to get him out was a good one and teaching him how to pony properly would be a beneficial exercise.  He did good for the most part but truly has no concept of “half halt” and for some of the hack I was fighting with him to walk at Suzie’s shoulder and to not walk ahead further. 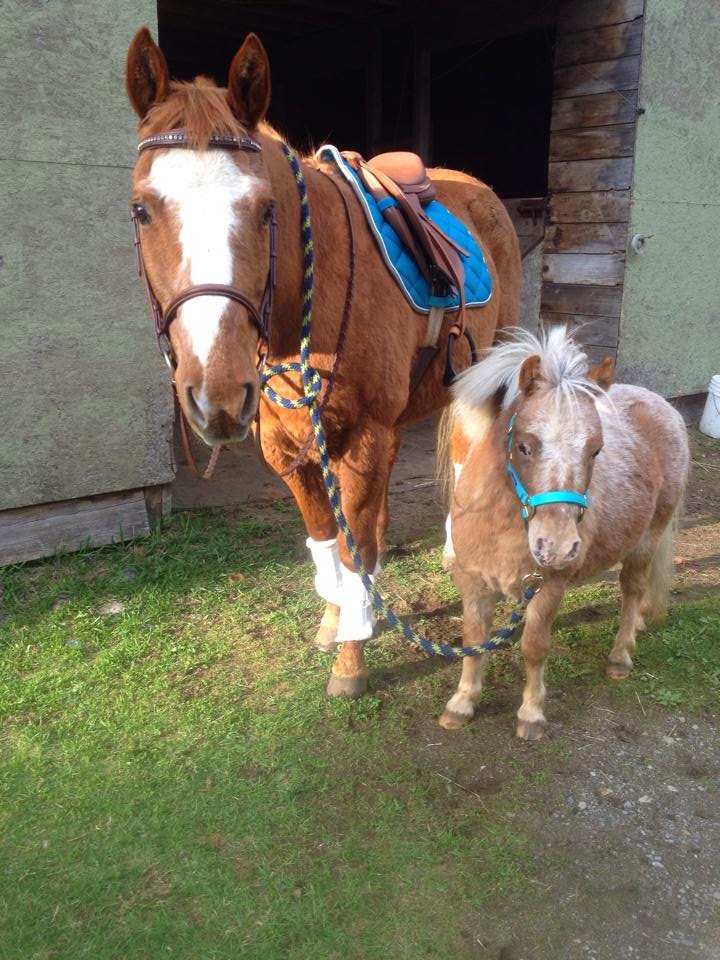 There were many good “Suzie Things” that happened on the hack to the arena one of them being that Suzie plodded along like an old trail pony before and after we met up with my friend and stood like a champ when we halted on the road to talk with my old 4-H leader (who was outside and wanted to meet Spud). It sounds like a ridiculous victory, but Suzie can be very opinionated about hacking/trail riding and I was both pleasantly surprised and happy that she chose to obey rather than get riled up.

I tied Spud to the arena fence and initiated some suppling exercises a friend of mine shared with me. Basically, I wanted to open up her shoulders and get her to start bending more since she was so sticky on our last ride. I opted to wear my little POS spurs and found that it was just the edge I needed to get the message across without bordering on compromising her very opinionated and sensitive mind. We rode multiple figure eights at the walk which consisted of lifting the inside rein and asking her to bend around my leg while travelling straight – it sounds awkward and difficult but the purpose of the exercise isn’t to have her head cranked to my knee, it is simply to have that little amount of bend there. She was able to do this freely, without additional rein assistance from me after a few repetitions and then we moved on to the other exercise.

The second exercise was a “baby haunches in”. I call it that because it certainly was not a true haunches-in and any Dressage Diva would laugh at me for even calling it so. The idea behind the exercise was to isolate and control her haunches on the straight stretches. She had a difficult time with this, but produced a few passable “baby haunches ins”.

Happy with our progress I opted to go into trot and found that with the spurs I was able to get her a bit more ahead of my leg, but because she is Western and is supposed to be jogging, she found it very odd and I’m sure was a bit frustrated at times. Again, we had the odd misstep here and there and for some parts of the ride she felt funny and other parts she felt very strong. I know that with the meadow being uneven it could have caused some issues with her balance, but I don’t think that that played a strong factor. She wasn’t lame – just felt… off. I certainly cannot explain it and looking at the videos my friend took I can see it, but I cannot see any leg that is faltering. 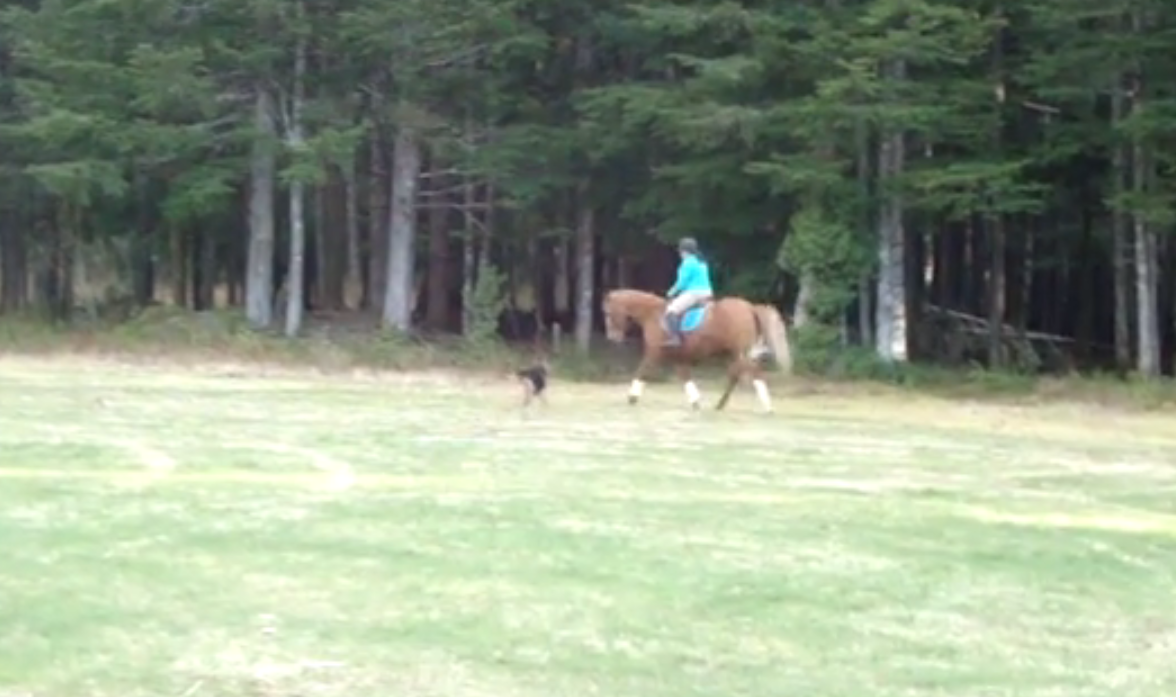 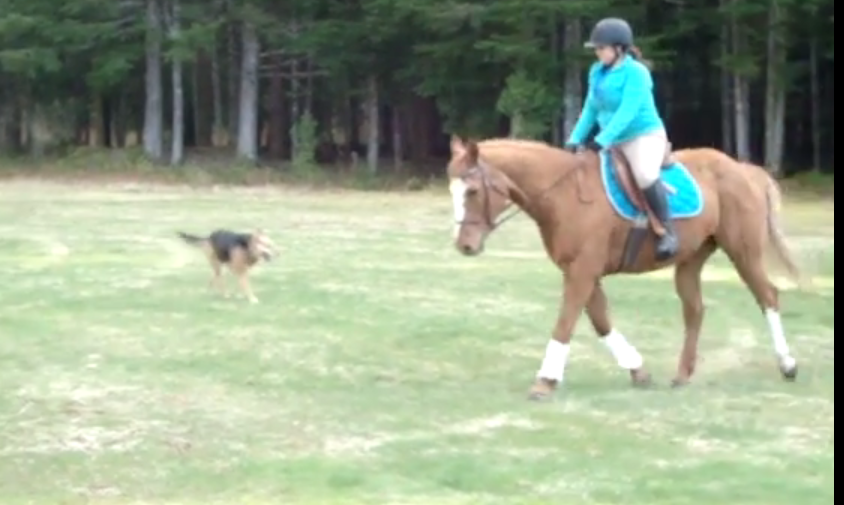 It was a really good ride and we had some good moments of connection and we also had some not so good moments of disconnection, but we mostly had some good BEND which is exactly what I was aiming for. I didn’t mind that she wasn’t tracking up – she truly is not an English horse – or that she was going too slowly for a real Dressage test, or the fact that she was heavy on the forehand. In addition to our bending, I was mostly happy with our transitions. We had a few moments where she was unbalanced and sped up to catch herself but overall it was pretty good for it only being her third “real ride”.

We’ll keep plugging away and hopefully I can also figure out this oddness to her gait.
Posted by Cathryn at 9:48 PM