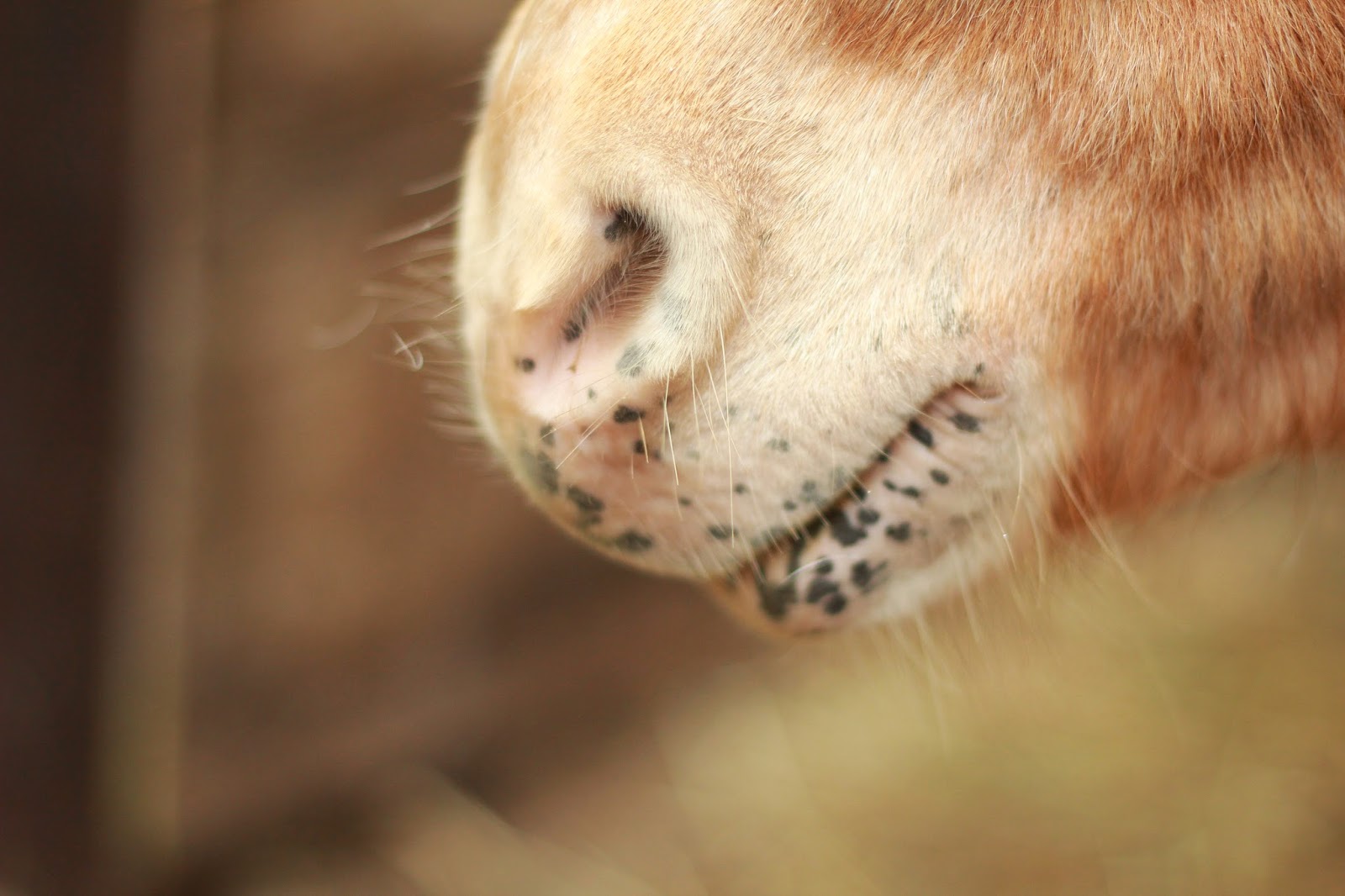 Things have been going quite well with both of the ponies. On Saturday after work I decided I wanted to do some ground work with Spud. We walked over a little make-shift bridge, over poles, sidepassing, and even did some impromptu lunging over trot poles. He was pretty good and I was pleased with that. I had wanted to do something to take his mind off of just driving but since he was being pretty decent I figured I could ground-drive him.

All was well until he got spooked by a branch that brushed against my coat as I walked past it and made a loud scratching noise... He bolted forwards in the lines and actually pulled me off balance. He's never bolted before or done anything remotely stupid so I was caught off guard. We worked on turning, figure eights, serpentines, ground-driving over the poles and bridge, etc. He just wasn't "there".

At one point, while we were doing a figure eight around some tires he just shut down. Literally just stopped dead and when I clucked at him to go forwards, he tried to dart over to where Suzie was at the barn. No matter how hard I asked him to yield to the left rein, he refused. I gently squeezed the left rein, asking him to flex his neck. He pulled against it. He braced and sucked his butt up and gave several half-hearted rears to let me know just how much I was pissing him off.
I'll admit I was frustrated and perhaps did not handle the incident as well as I could have, but it was such a shame. I really was hoping for him to behave and be agreeable. With the shit he was pulling I was curious if he'd respond the same way with a cart behind him.

Today I harnessed Spud again and also put him to the cart. I was apprehensive about how he'd be, but knew that although he threatens to rear, he doesn't bolt afterwards or really do anything other than lift upwards slightly. I was also curious to see if pulling extra weight would deter him from expelling more energy.

For the most part, he was good. He realllllly did not want to listen to my left rein again. He'd drift badly to the right and when I corrected him he'd fling his head up and act pissy. He didn't get "sticky" or threaten to rear, but he did throw me some attitute. I chose not to argue with him and loosened my lines a bit so they weren't tight but also so they did not have slack. We didn't do much trotting, mostly because I was concentrating on his mood and what he'd do. And then I started to think, what if his teeth are bothering him? He's five years old and I doubt has ever had his teeth done. I mean, I get that he is also being a shit-head, but what if he is in pain?

Once we got back to the barn I switched the bridle out for a halter and unhitched him. I decided to ground drive him in the backyard again. And while we had some good moments, we had a majority of really shitty moments. I was pretty unimpressed with him for the most part and seriously wanted to knock some sense in him. He was purposely being a shit-head and ignoring my cues turn - he wanted to turn back to Suzie at the barn and reared half-heartedly several times to let me know his protest. At one point he did rear fully and I put his ass to work. We finished with him walking and trotting around the figure eight without trying to dodge out and freezing. But still, I was pretty let down and frustrated with him.

So I pulled out Suzie and went for a little w/t/c on her and she was just lovely. We did some side-passing over the poles, baby spins, and just worked on loosening her up. She was simply fabulous and I couldn't have asked for a better ride from her. She really tried and even when she couldn't really bend to the right, she still tried for me. That's all I ask of my horse partners - just to try. So the afternoon was saved by my little red mare who can be a real pain in my ass just the same.
Posted by Cathryn at 9:33 PM