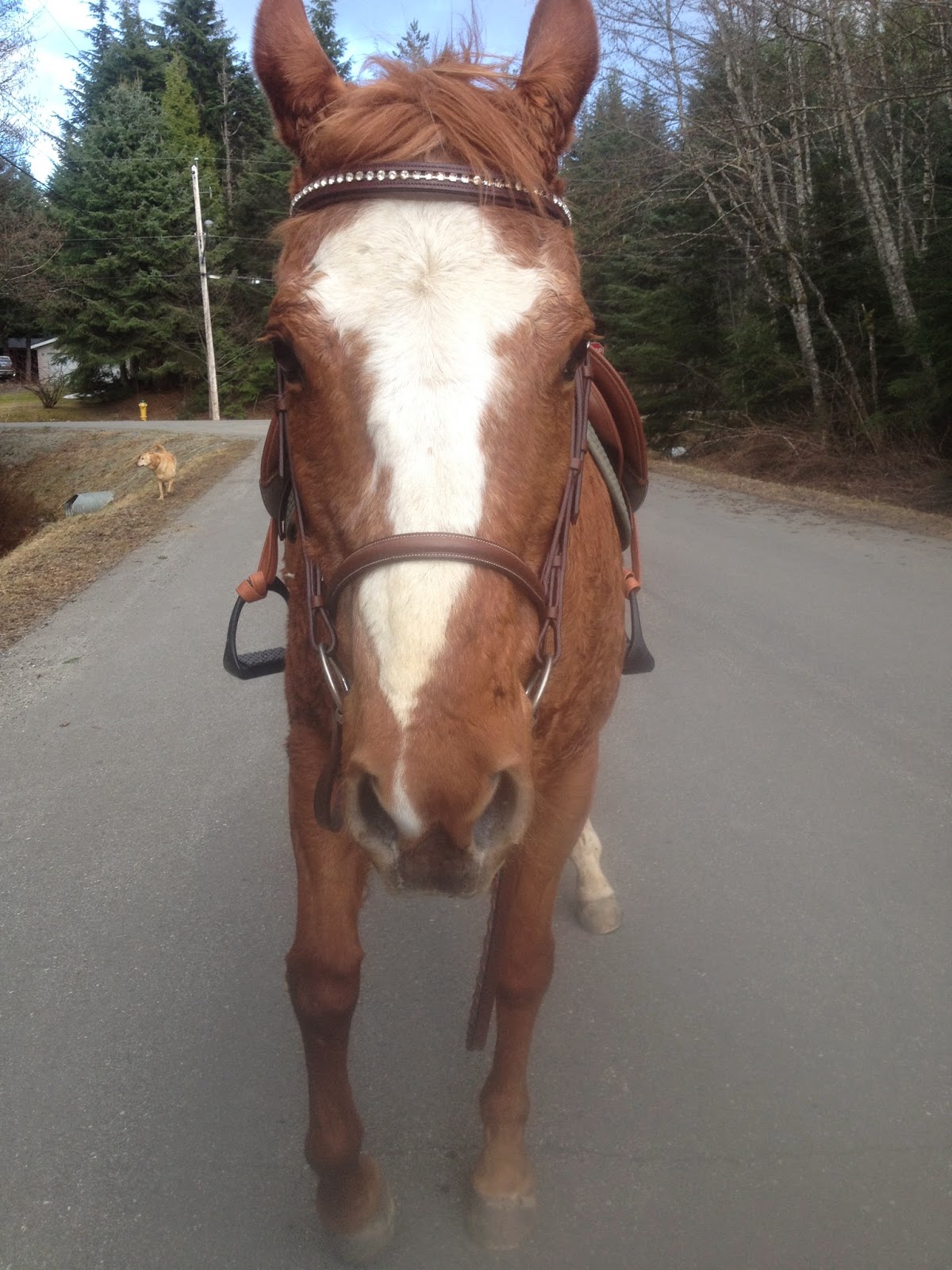 Yesterday a friend and I had made plans to go for a ride after I was off work and because I wanted to see if Suzie would re-create her fucking stupid head tossing and jigging, I opted to saddle up the red mare instead of taking Spud out. It seemed like the perfect opportunity to try and cross off a goal from our list.

Initially, the plan was to meet up half-way and then ride off together. But, I was running late and by the time I pulled into the driveway at the Barn, my friend was pretty much doing the same. I gulped down any worries I had, as I wasn't sure if having my friend and her horse AJ already at the Barn would cause the horse's to get a bit uppity and crazy with a "new" pony on the property. 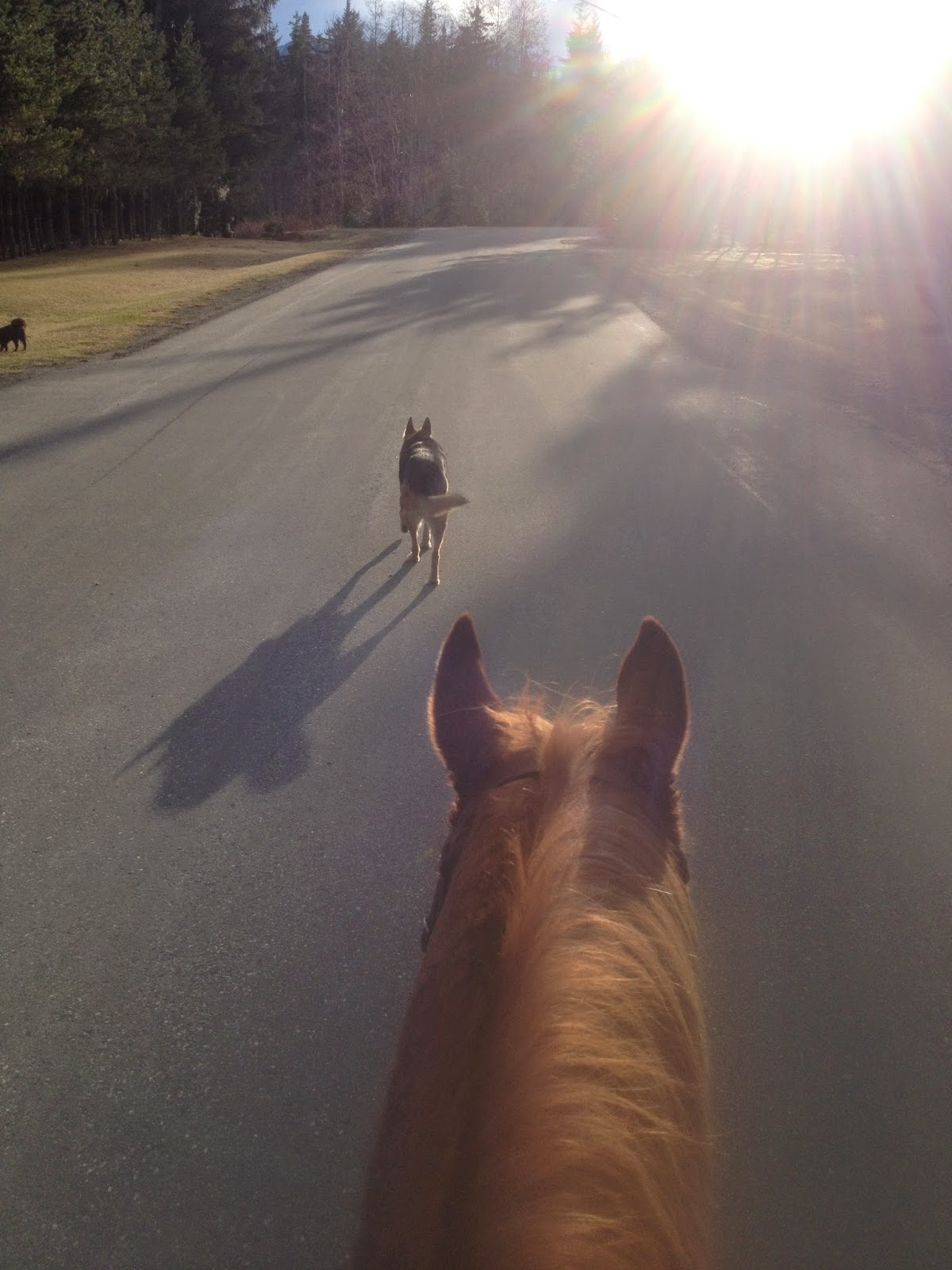 I let the dogs out and went to grab my mare, who was hanging her head over the fence and trying to sniff AJ from across the fenceline. She was pretty intent on sniffing noses despite AJ being a few feet away and out of reach; I had to wrestle the halter onto her face while she was admiring her new friend. She led out of the barn fine, tied quietly, and was polite during tacking up - not pacing, pawing, or acting uppity with the presence of a new horse. I'm not sure why I was worried about AJ being there instead of meeting up, but it seemed like it actually worked out in our favor.

We rode around the streets and at first, Suzie was a bit strong but throughout the entire ride there was no head tossing, no jigging and we even rode on a loose, quiet rein. She didn't do anything bad in the very least and I was both surprised and impressed. Perhaps the Spring Sillies are gone? Or something else? It was a very pleasant hack and even my friend commented how well behaved Suzie was being. Good mare.


Unfortunately, we rode over some slightly rocky terrain to take a peek at the Fairgrounds arena and with Suzie being barefoot, she got a bit foot sore. I did trot her out at the ring but she truly was sore and I didn't really blame her. I felt bad but once on the asphalt she was just fine... but I won't be riding her until she gets shoes on now, to avoid any issues. In hindsight I knew I shouldn't have ridden her, but I wanted to see how she'd react and if she'd play up. Suffice to say, she certainly surprised me, even when AJ turned off to head home and we were left to hack home alone. No calling out, no rushing. Nothing. 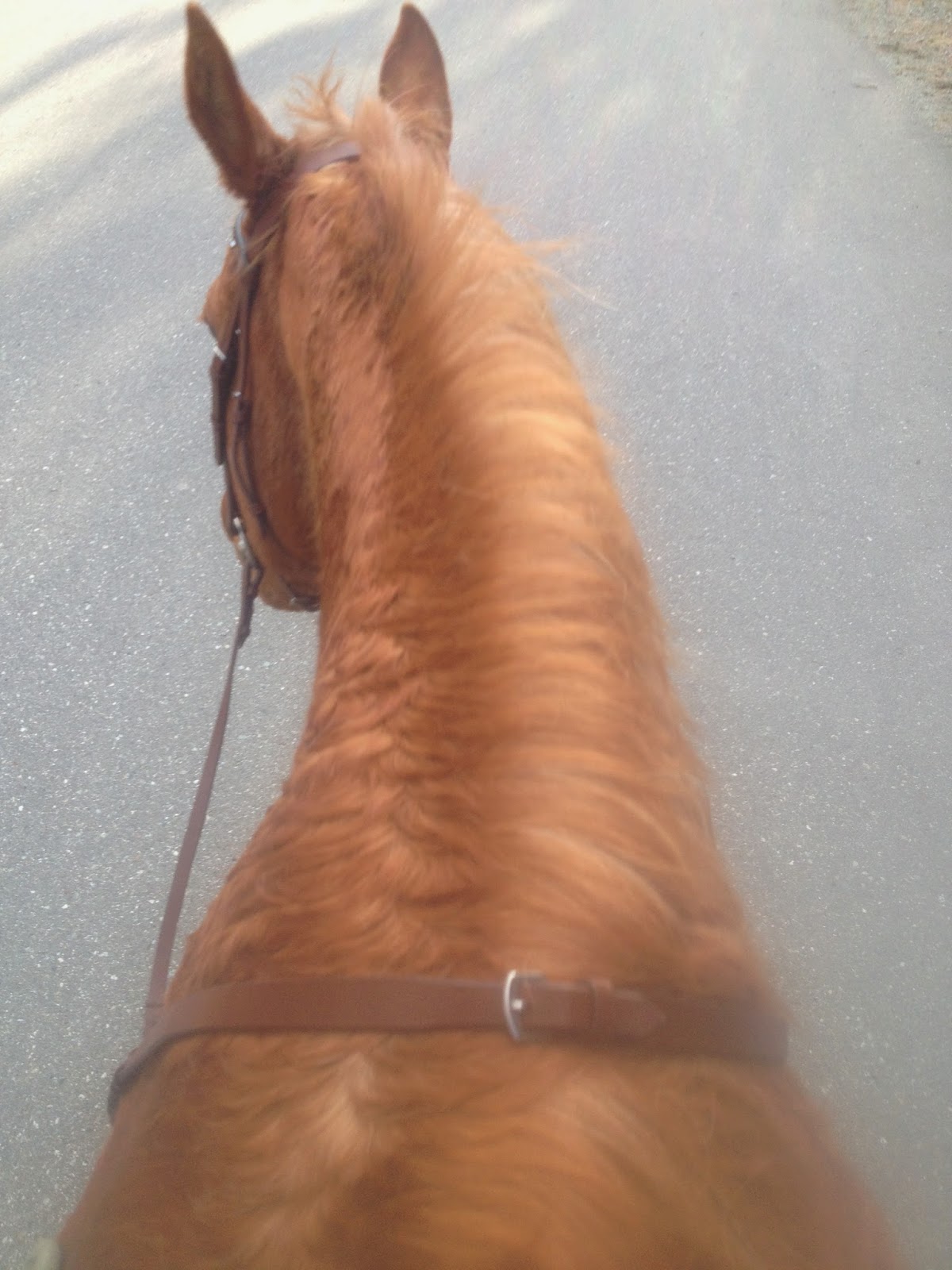 I can only hope that future trail rides will be as uneventful as this.
Posted by Cathryn at 9:19 AM