On the Right Track

The Farrier came out yesterday morning to do Suzie’s feet and I must admit, I was a bit nervous and apprehensive to begin with, given my bad luck the last few days. While he set up, I spoke with him and told him my concerns; namely the way her hoof hung over the edge of the shoe and how she already lost one of her fronts in the span of 2.5 days. I felt like I must’ve blabbed on for a while, because Farrier gave no input or otherwise. I know this Farrier is pretty cut and dry – he doesn’t really say much and didn’t really give any inkling or indication as to how he felt about the previous trim/shoe job. When I could feel myself unable to hold back any longer and asked his opinion on it he didn’t really give a straight answer. Somewhat of an annoyance but at the same time I can appreciate his silence because this isn’t a pissing contest and perhaps being a male he is wary of females and their gossiping ways [especially horse women!].

To start out, I unwrapped Suzie’s ouchy foot and Farrier used a hoof tester on the length of her hoof and frog and only once did she show any kind of discomfort – which was along the left side of her frog up by her heel bulb. It was mentioned that there may have been a nail that had gone “rogue” and had hit her in a sensitive spot, but she did not test any discomfort in this area when he probed it. She was less lame than she was the day before, but I could see she was still dull and ouchy feeling.
After the initial foot was done, the rest of the feet went well – there were some moments that Farrier’s brow furrowed as he examined some of her hooves, but other than that, he gave nothing away and did his job. I can’t fault the guy – he certainly did not want to get “involved” in any politics and to be honest, I didn’t want to either. Suzie seemed to give a sigh of relief when all was said and done, and although Farrier mentioned that he wouldn’t be able to do much in the way of shaping her feet (as most of the ‘useable’ hoof was already filed away from the previous job) but he did do some shaping where he could. 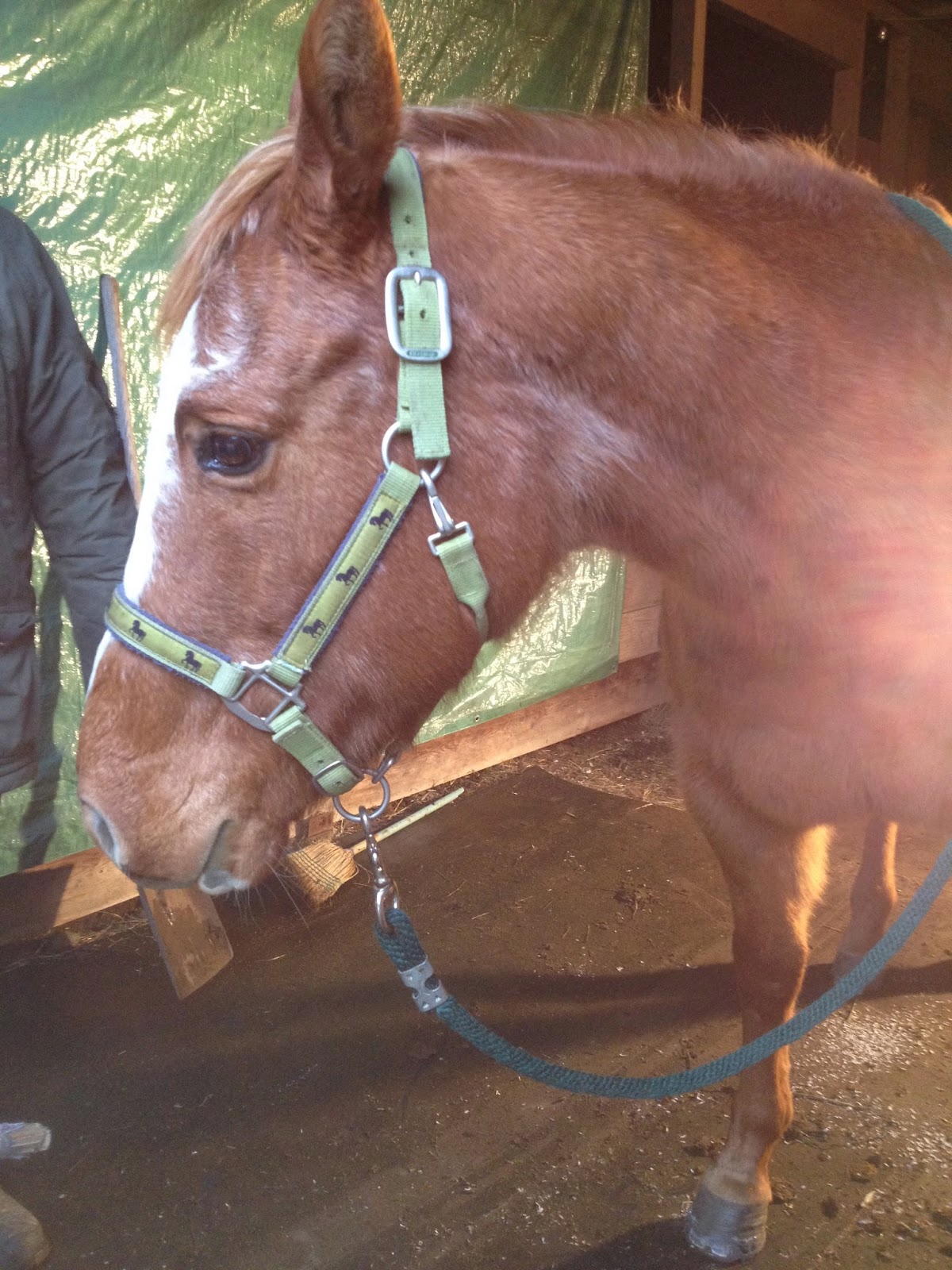 I also confess that I left some information out on the last blog post about Suzie’s feet. When the Other Farrier (OF) did her back hooves she was downright bad. Pulling her hoof away, yanking it out of his hands, etc. Just being a general bad donkey. I have a feeling that she could’ve been stiff in her pelvis, but at the same time, I think she was also playing OF. The OF let her be naughty, despite me giving her a smack or two to smarten up and would cater to how high she’d allow him to lift her foot – and to be honest, any height he held it at offended her. And in my mind, she started to become less pain responsive and more vengeful. It was less of an “ow ow ow that hurts” as it was a “because fuck you, that’s why.” And with Farrier, when we got to the back feet, Suzie was being weird about them again. The hind left was decent, but she yanked her foot away several times. It seemed less malicious to me, and more of an “I don’t wanna!” After Farrier got mad at her, she quit and behaved but on her hind right, she was BAD. Farrier dealt with it pretty well and once he “fought it out” with her, she admitted her defeat and let him finish shoeing… but not before she threatened to kick him! I wasn’t sure what was up her butt, because she never has done that before, but again, she was BAD for the other farrier.

After Farrier left, I took her for a little walk up and down the driveway and she already seems 90% sound instead of the 0.5% sound she was on Saturday. Hopefully this will be my last blog post about this ordeal - I still have to figure out what to do with OF, as he wants to come and "fix" her feet since I had called him on Saturday to let him know she was already losing a shoe. I think I already have it all figured out though, thankfully. Onwards and upwards.
Posted by Cathryn at 10:04 AM