It must be Ulcers: Part 1 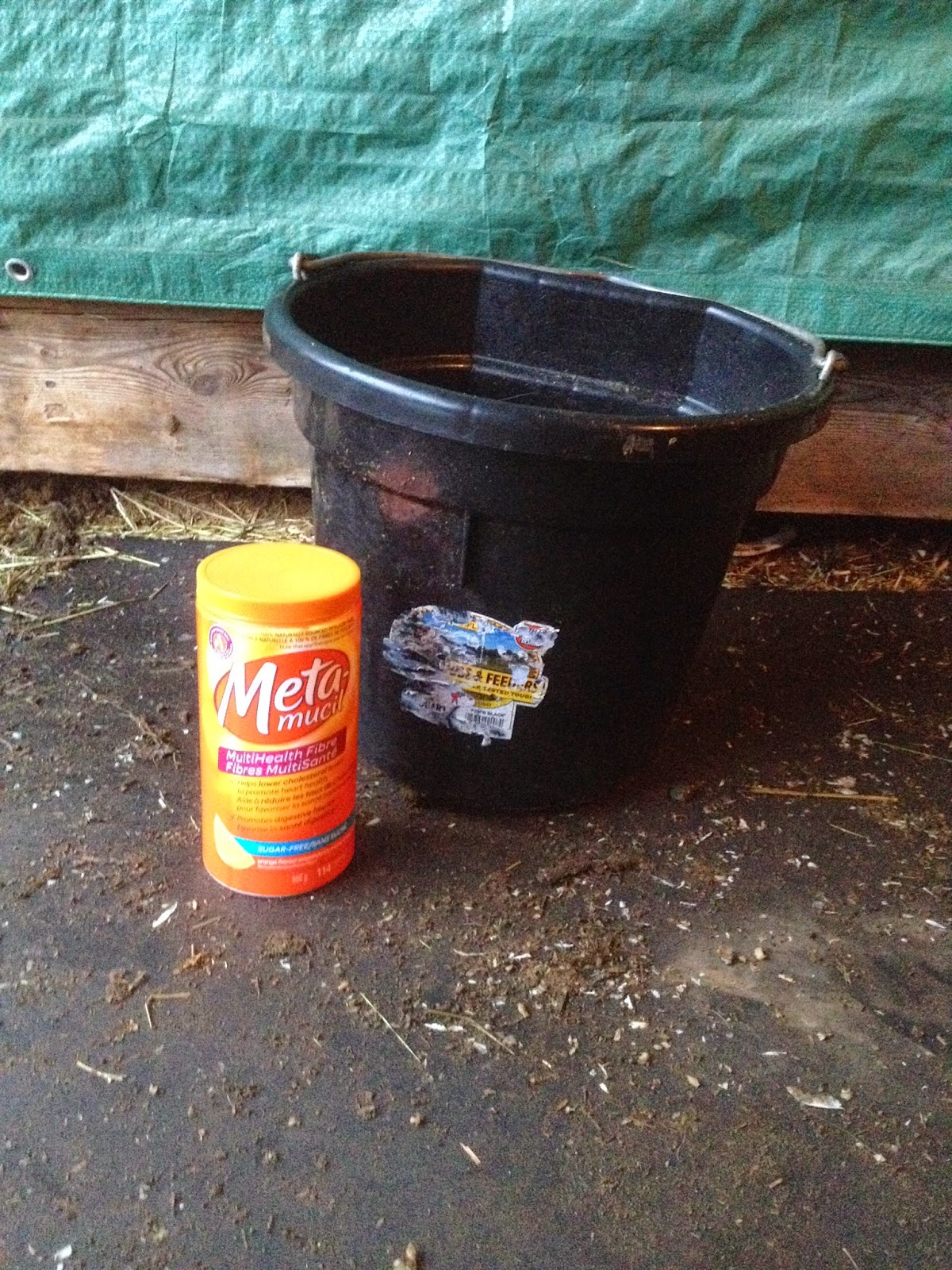 I think Suzie likes to keep me on my toes sometimes. I truly believe she likes to instill the "OHMYGOD she must be COLICKING" reflex that many of us horse owners have when our horses aren't feeling 110%. I can firmly attest that my Stress-O-Meter went from zero to bajallion in a matter of seconds, all thanks to my special red mare.

It all really started two days ago - I noticed that Suzie smelt... different (and note that the text that follows is quite... informative). When I lifted up her tail to see what was going on, I was greeted by a very sour, overwhelming poo odor. There was no risidual poo on her hocks, but there was quite a bit on her bottom, which is where the smell was coming from. Initially, I didn't have a worry and assumed she was having a mild stomach upset and left it at that. She was still eating, drinking, pooping, and acting generally happy. I gave her some extra hay and tucked her in for the night.

The next morning and evening I paid attention to her "smelly poop" issue a bit more. Same symptoms and same smell. I remember trying to think of what it could be and as I was drying her off to put her rain sheet on, when I started rubbing over the area of her flank just behind her ribs, she tried to kick me.

Say what.
Obviously there was something more going on. So, I did what every horse-person does. I went home and googled late into the night. What I read both fascinated and scared me. Words like colic, ulcers, death, and veterinarian intervention jumped out at me from the articles online and I grew scared enough to place a call in to the Vet the next morning.

I was given an appointment time to tele-conference at 11am (as I have explained before, we do not have Equine Vets in our area. The closest one is a 6hr round trip away). Anyways, this Vet has seen Suzie before, as they come up to the area twice a year to perform routine exams and other routine procedures. Both Spud and Suzie had a farrier appointment at 9:30am, so I figured we'd be okay for time.

The farrier appointment went well - Spud did so good - and Suzie was... less good. In fact, she tried to kick the farrier a few times when he was working on her backs - but we both chalked it up to her having some stomach issues. Thankfully the farrier was forgiving of Suzie, as she isn't normally finicky or naughty when being shod. 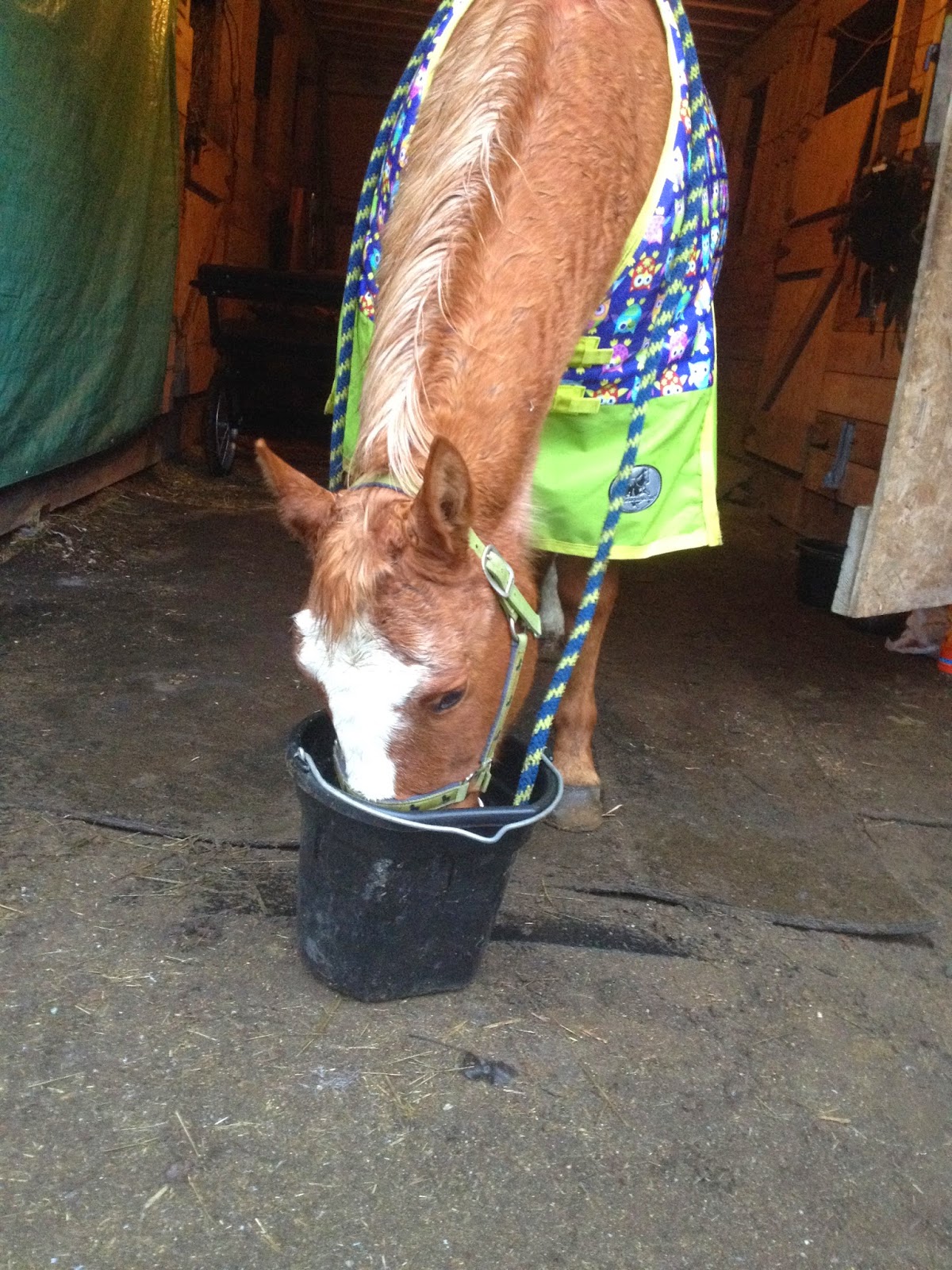 The Vet called later in the afternoon, as she was running late in surgeries, and we discussed the various issues I was seeing. I outlined that nothing had changed in Suzie's life - still eating the same hay, still in the same pasture, etc. The Vet instructed me to put Suzie on a mixture of beet pulp & Metamucil for 7-10 days, keep as much food in front of her as possible and see if there is any improvement. If it gets worse, call her immediately. I briefly questioned about the possibility of ulcers - as google had pretty much told me that she was dying of them the night before! The Vet did say that it is a possibility, but we want to treat for mild stomach upset first, rather than go with a full blown ulcer treatment if that isn't even her issue.Vet also mentioned that because I feed square bales, it is possible Suzie ate something from the bale or the bale was from another section of the field or whatever else. So many possibilities.

After I hung up with the Vet, I started thinking.... The hay that Suzie and Spud are on is the same. From the same place. BUT. There are some bales that are second cut hay and some are first cut hay. It could have easily been her problem. And I suppose I could guess as to what it is, but I'll never really know for certain.
Posted by Cathryn at 1:15 PM