In honor of  the super handsome gelding Archie's impending birthday, owner and biggest fan (no doubt) Beka, is committing to an 18 week long blog-hop-aganza! Beka is going to be bestowing us with some awesome blog-hops to keep the blogging brain on track and chase away the Winter blues - who wouldn't love this!?!

The topic that was chosen is one that is both exciting and interesting. I actually contacted Spud's old owner to find out exactly where he came from, because after reading a few of the hops on this, I got curious!

Since I have two horses (well, one and a quarter if you really want to get picky), I'll try and keep it as un-wordy as possible (is that even a word?!).

Suzie's past is largely a mystery and after several attempts to try and find out where she came from, I've pretty much given up. I can piece together most of the puzzle, but a lot of it is still hazy and unclear. I know she was bred and born in Saskatchewan and as a two year old made her way to Alberta. From there, she exchanged hands yet again to who knows where. And this is where it gets dicey.

From what I've been told, Suzie has had a multitude of owners, many of whom did not transfer their names onto her papers. I've checked and re-checked Google millions of times to no avail. Her trail basically ends in the Kamloops area, where ironically Spud is from.

The trail gets hazy because she was owned by a woman who drill teamed and barrel raced the shit out of her and this woman never transferred herself onto Suzie's registration papers. And who knows who owned her before that. I've received quite a bit of info on her "last" owner and was told that she kept Suzie at a pretty decent barn but kept her in a stall most of the time and brought out only to gallop around the arena. I don't know what else occurred (or didn't occur) but Suzie ended up rearing and being a hot mess in the arena (gee, I wonder why). The owner couldn't deal with her hot-headed behavior and took Suzie to a Horse Rescue. The Rescue Owner, Emmy, worked with Suzie extensively and since she couldn't be within three feet of an arena without rearing, Emmy worked with her in the hay fields, trails, and pastures. Slowly, Suzie was lightly used again for barrel racing and was happy to be ridden and stopped rearing. She was used as a Guide horse for three years. 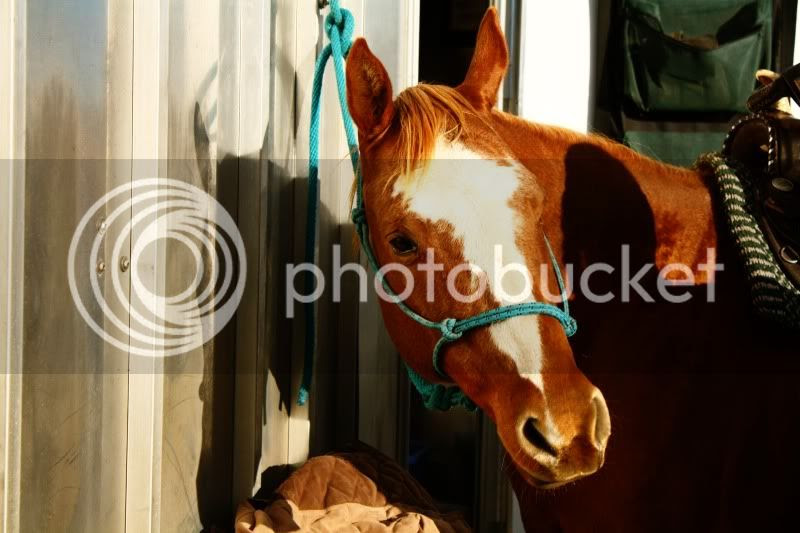 Ironically, I met Emmy, the woman who owns the Rescue, back in 2005 and had kept in contact with her ever since I had taken a trail ride at her stables (all of her rescues are turned into trail mounts if they are sound and healthy). I fulfilled one of my lifelong dreams and went up to work at the Rescue in 2009 and fell in love with  Suzie and her personality. Emmy always joked with me that she would "force Suzie" on me as a non-returnable gift. I wasn't in any position to buy a horse, much less one that was over 10 hours away and it wasn't until three years later I was able to actually make the commitment to bring her home. Now, she is here to stay until her last breath. Forever.

Now on to Spud. I don't know much about his history, but from his last owner, I found out that him and his full sister were purchased from a breeder by an elderly man for his grandkids. I am not sure how old Spud and his sister were or how long they were with this man, but both minis pretty much sat idle for a long time doing nothing but getting fat and undomesticated. The woman who owned him before me tried to buy Spud and his sister a few times but the man wouldn't sell them for what she had offered to pay and no one could even catch them anyways. I guess she gave up trying to pursue the purchase and yet, in some odd twist of fate, Spud and his sibling ended up at a cattle auction the woman was at. She recognized the two minis and bought them then and there.

His old owner maintains a children's petting zoo and thus, has many animals. She put some time into Spud - harnessing, ground driving, etc before posting him on the Facebook classifieds (to my knowledge, his sister was sold a few weeks ago). At the time, I had been posting on the classifieds looking for a miniature and a woman (who later would become Spud's driving trainer!) who had been helping me try to find a broke driving mini messaged me with Spud's ad details. At first, I just glanced it over and didn't think much of him - after all, he wasn't completely broke. Obviously, I relented in the end and took a chance on him.

I have started looking at some Appy mini breeders and have found one that looks promising. I've contacted her, so fingers crossed she replies and it is the right place! I'll update as I know more.
Posted by Cathryn at 11:41 AM

Email ThisBlogThis!Share to TwitterShare to FacebookShare to Pinterest
Labels: bloghop, the owls approve