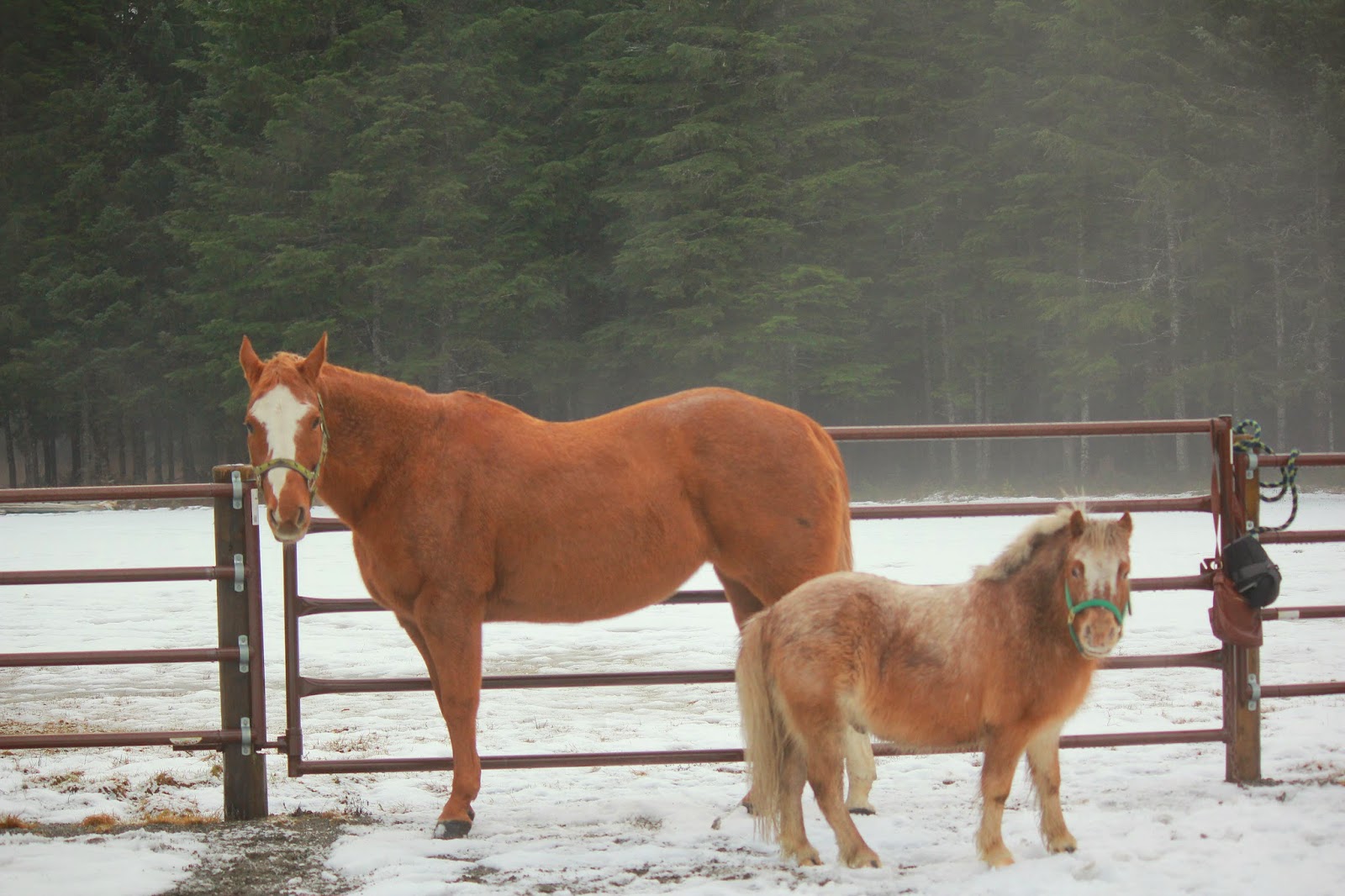 The big horse and the half a horse got taken for a nice long walk this afternoon to the Fairground arena and turned loose to play and have fun. I assumed they'd have some energy to burn, and while Spud had fun, Suzie seemed a bit lame and uncomfortable so she only really meandered around quietly while Spud pig-rooted and galloped like a little hyperbike.

The walk home was goddamn painful because Spud seems to think that he can't walk as fast as Suzie and I, so he lagged some serious ass. I ended up tying his leadrope around Suzie's neck and made Mare-face pull his sorry ass home. I also found out that without blidners on, Spud spooks and shys away from pretty much anything. I'm assuming him being a little freak is from being a pretty much rogue horse for a few years before I bought him. Ah well, be prepared little pony, because there are plenty more things to rock your world coming! 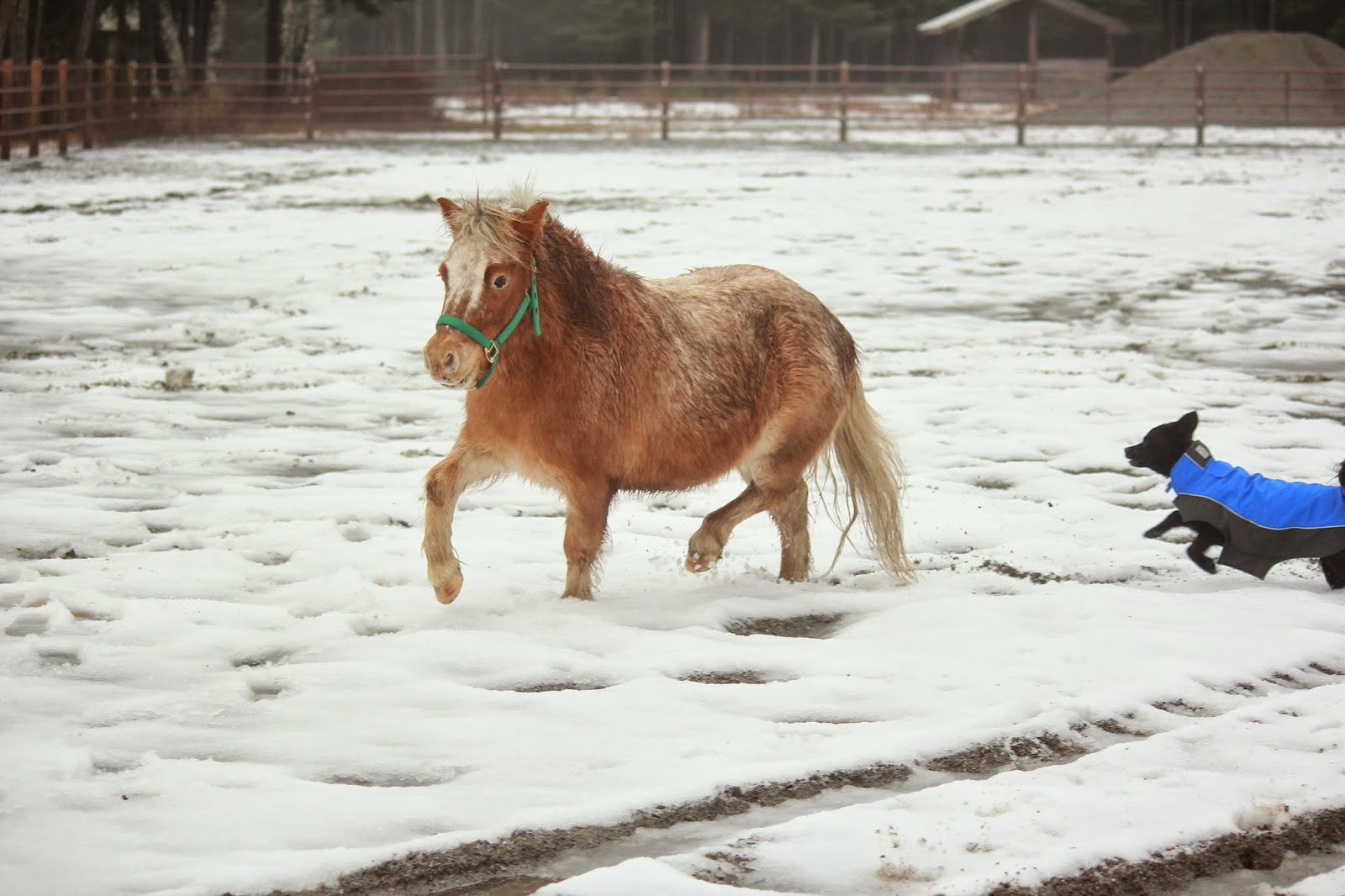 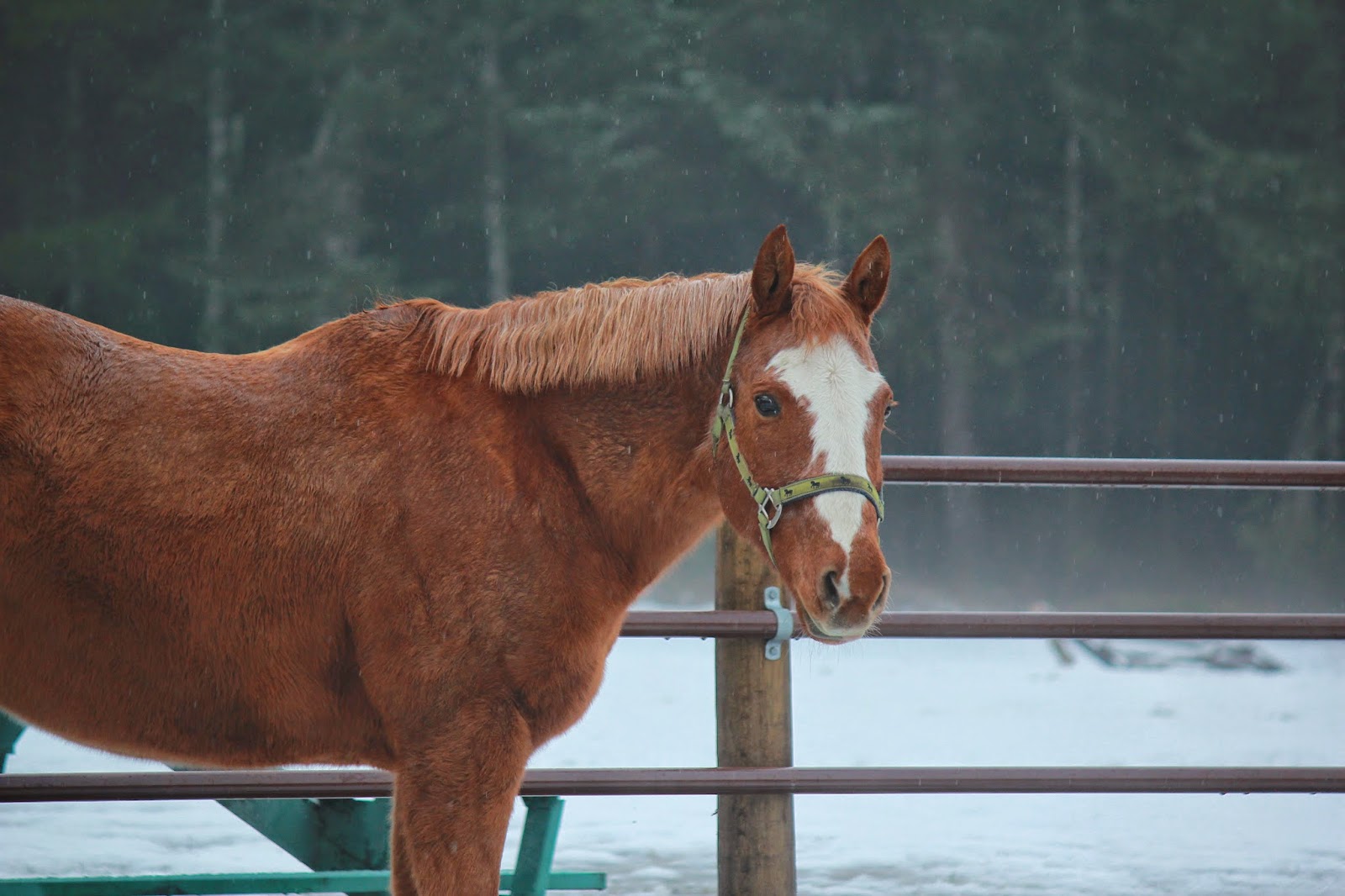 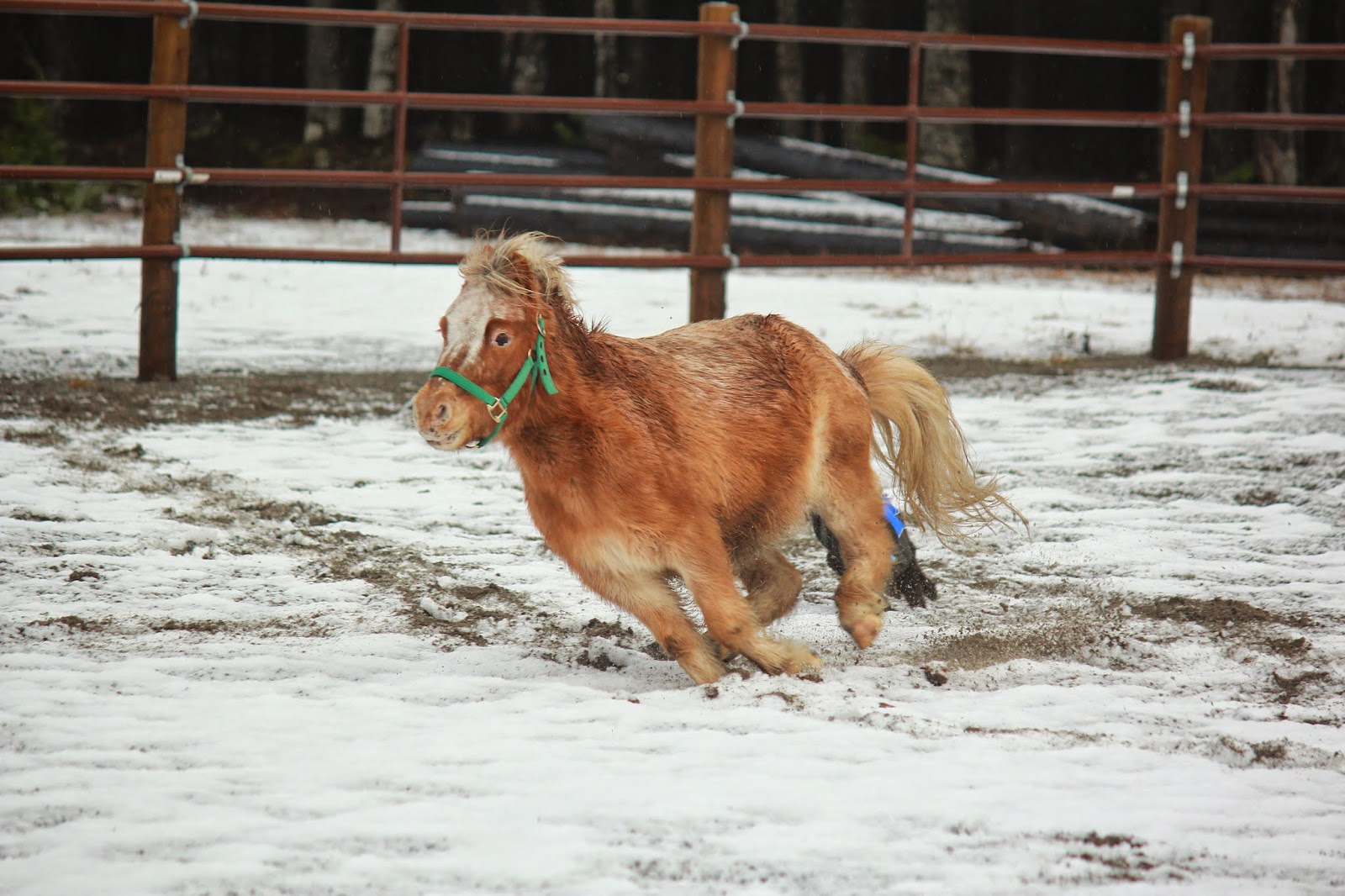 Other than the little walk and turn-out time, the horses are doing well. They've been gross, dirty, and stuffing their faces. I am not sure what is up with Suzie's mystery lameness, as there is no heat or anything else, so I've just goven her some of her Equinox and left her for the night. Thank goodness I didn't decide to trailer them out to the indoor arena (1hr away) because I would've gotten there and had a lame horse. Sigh. Poor old mare. Hopefully it is nothing more and I can actually ride her once before the holidays are over for me.
Posted by Cathryn at 4:34 PM