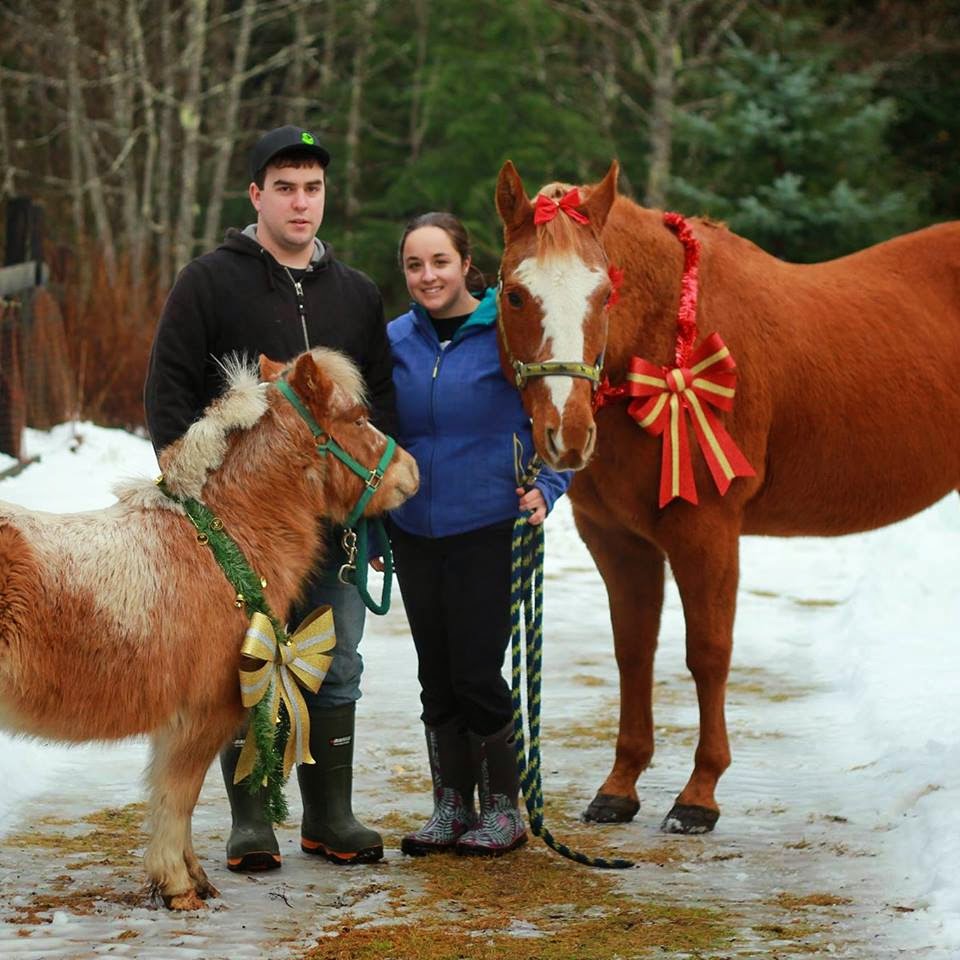 Christmas has come and gone for another year and I for one am a bit thankful. The hustle/bustle of the holidays is always stressful and without my own parents here this year, I've been feeling a bit blue. Despite this, I had a wonderful day with the Boyfriend and his family and my Grandma, Auntie and siblings. My parents sent quite a few gifts (mostly ornaments, lol), but I would've rather had time to spend with them than anything.


The a few days before Christmas I cleaned Spud up a little bit and I did a complete hack-job on his poor mane (I am NOT used to pony manes, mmkay?!) and cleaned up his little feetsies a bit more. I also took the little man for a spin with my 95 year old Grandmother sitting beside me, which was super awesome. Spud was pretty well behaved, but kept slipping in the slush so we cut the ride short. He also allowed my nephew to sit on his back for a little bit, which was nice to see. Come Spring it'll be nice to get him going undersaddle, which will be another goal for him.

Unfortunately, it has been pouring rain on/off and the days have just had an altogether miserable feel to them. Suzie hasn't been worked in a long while, but I am anticipating driving out to the indoor arena and riding her there because the Fairgrounds outdoor around here is full of snow still. Fingers crossed I get out to ride my pretty and fiesty girl at least once this holiday!

On Christmas Day, after breakfast, Jamie and I took Spud out in the cart. He was pretty well behaved (Spud, not Jamie), but I noticed he started to get fussy once he got sweaty. I'm not sure if it is a pony thing or maybe it's just an Appy thing, but he had some major attitude! Nothing malicious or scary, but he was just being a little pissy head. He settled pretty well afterwards, which was good. I can't wait to work with him a bit more and get some good transitions out of him and some quality work.