On Tuesday I met Spud for the first time! I was super excited, as you probably could have guessed, and had already bought him a halter and several other items (including some new breeches and my very first polo!!). I wasn't able to get to the boarding facility until the afternoon, but can safely say that all the wonderful things I have said about the Trainer were solidified when I actually met her in person.

I'll preface by saying that Spud is very, very plump. Trainer already has him on a severe diet and the farrier will be out within the next week to take care of his little feet. He already has a lot of his winter coat in, which made it difficult for me to really "assess" any conformation on him, which is fine with me. I'd rather have a super ugly, safe carting gelding than a wonderfully conformed shitty cart gelding - make sense? 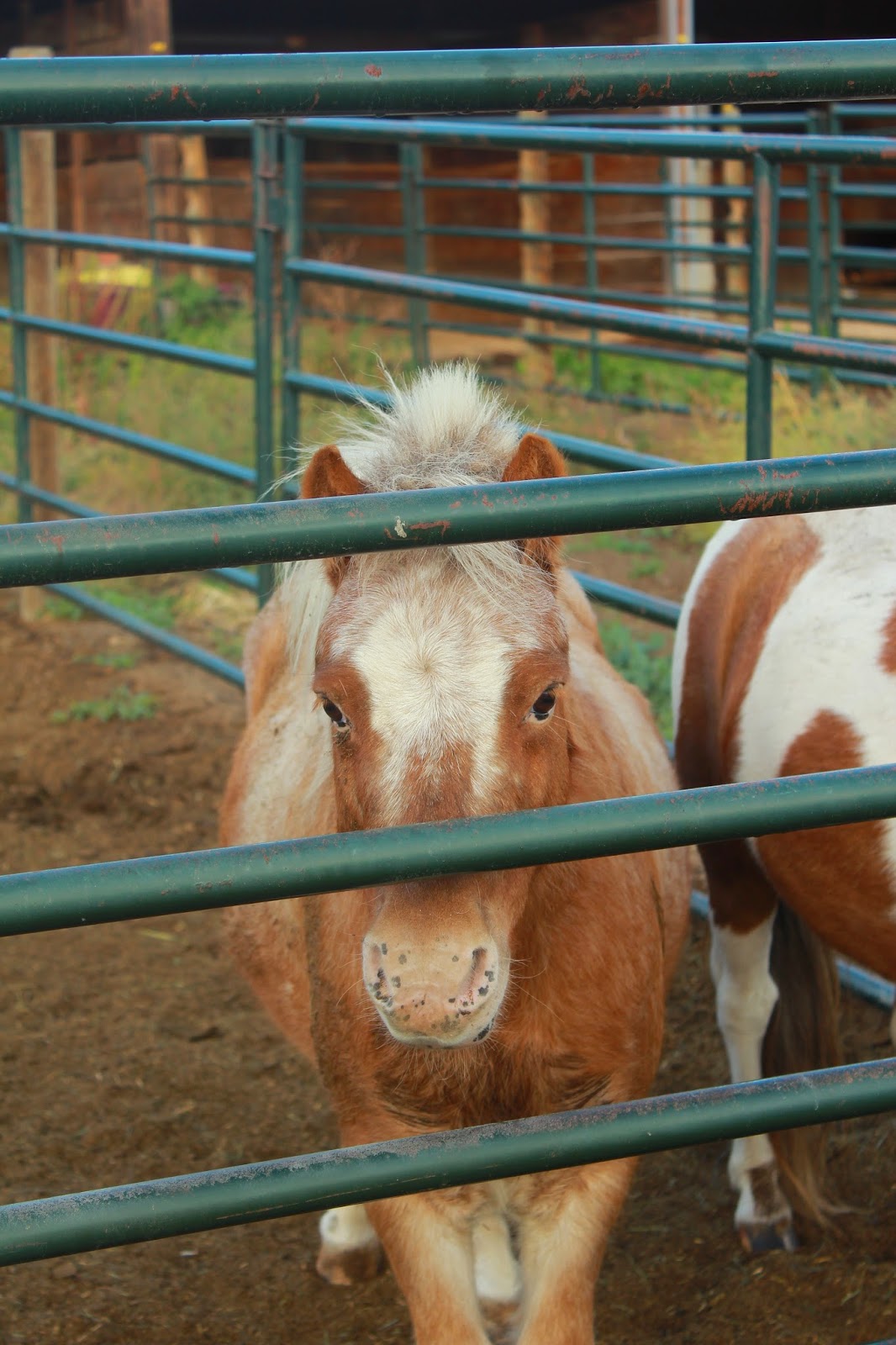 I did some leading exercises with him, picked up his feet, etc and he was great. He definetly was spoiled a lot at his previous home, but gives up arguing as fast as you can snap your fingers. Being only five, he certainly thinks he is entitled to doing whatever he wants, but isn't super pushy or dominant or anything. I found with a simple "hey!" or "stop it!" he responded quite nicely, which is exactly what I want. I know of several horses that you tell them "no" and they literally flip you the bird and try HARDER to be bad!
Trainer hooked him up to the cart and he was a bit spooky when she put the harness on, but it was more of a "I don't want this on!" instead of a "OMG OMG It's going to eat me!" I loved the way Trainer handled it - if he put up a fuss or acted spooky about something, she repeated what she was doing over and over again until it became redundant to him.

(As a side-note, I bought Spud a winter blanket, which was super difficult to find! I ended up purchasing a foal blanket because literally no one sold mini blankets (or anything else remotely mini related other than halters!).) 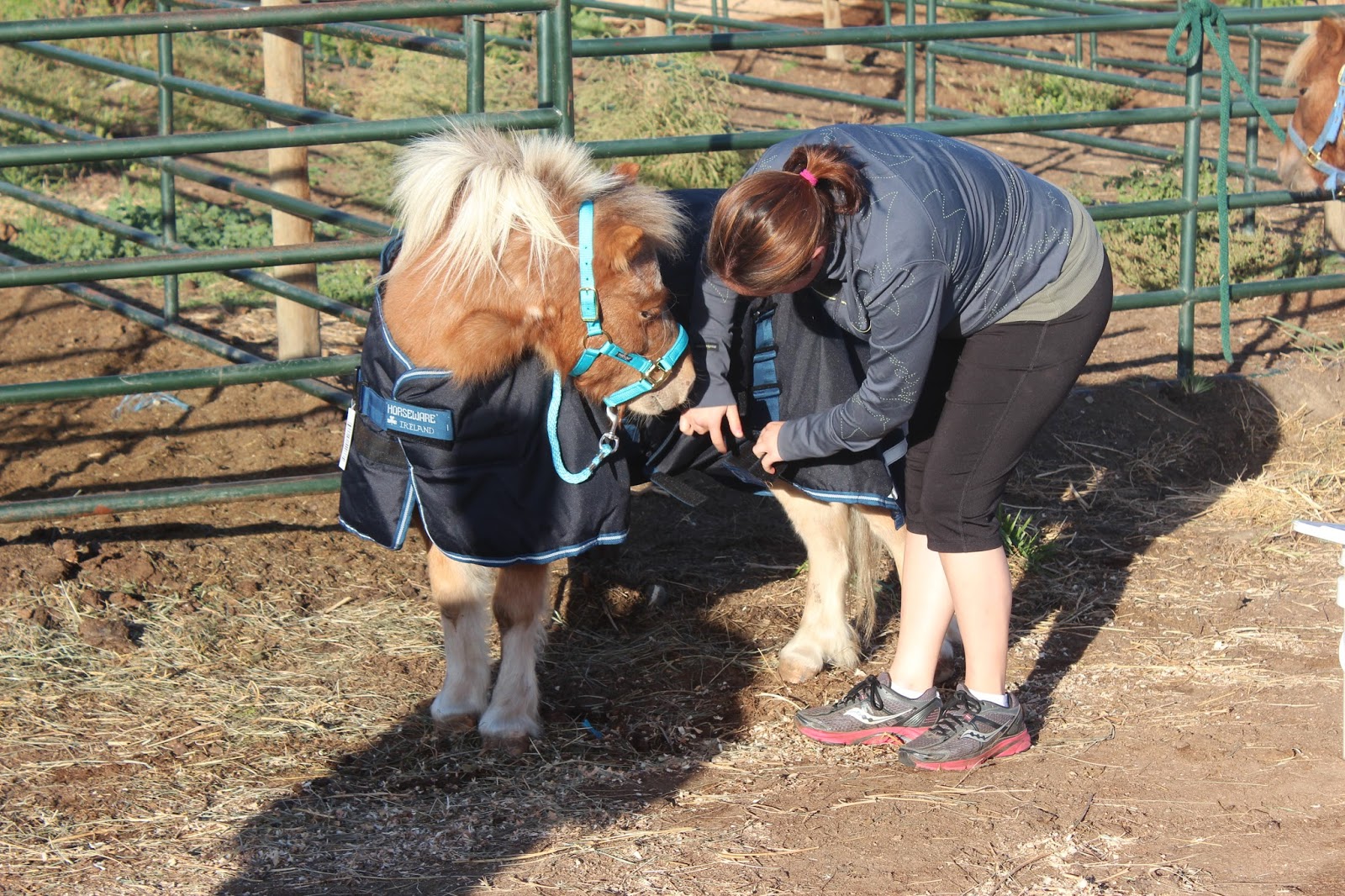 He hooked up to the cart and Trainer ground drove him from the side of the cart and it became evident to me how GREEN he really was. Now don't get me wrong, he steers and everything, but he needs miles under him. He likes to argue in the cart - you ask him to stop/halt and he braces and tries to blow through your hands but eventually, he will calmly and quietly stop. If you ask him to halt for too long, he gets impatient and will throw his head up and try to walk off.

I wasn't super thrown off by any of his behaviour, mostly because it wasn't malicious. He was being a jerk-face, but he still was being good... if that makes any sense? Spud reminded me a lot of Suzie on the trails - her impatience and her "I'm always right" attitude really shone through in Spud, although they've never met! I never once felt unsafe in the cart, and after schooling him through some movements, he started to listen better, but he really needs more miles under him. Also, I found out that he was never ground-driven in a bit/bridle before... the previous owner only drove him in a halter. So, it looks like Spud may be gone for two months instead of just the 30 days I had initially assumed.

Now, enjoy some photos of me driving him [keep in mind, he is green and so am I]: 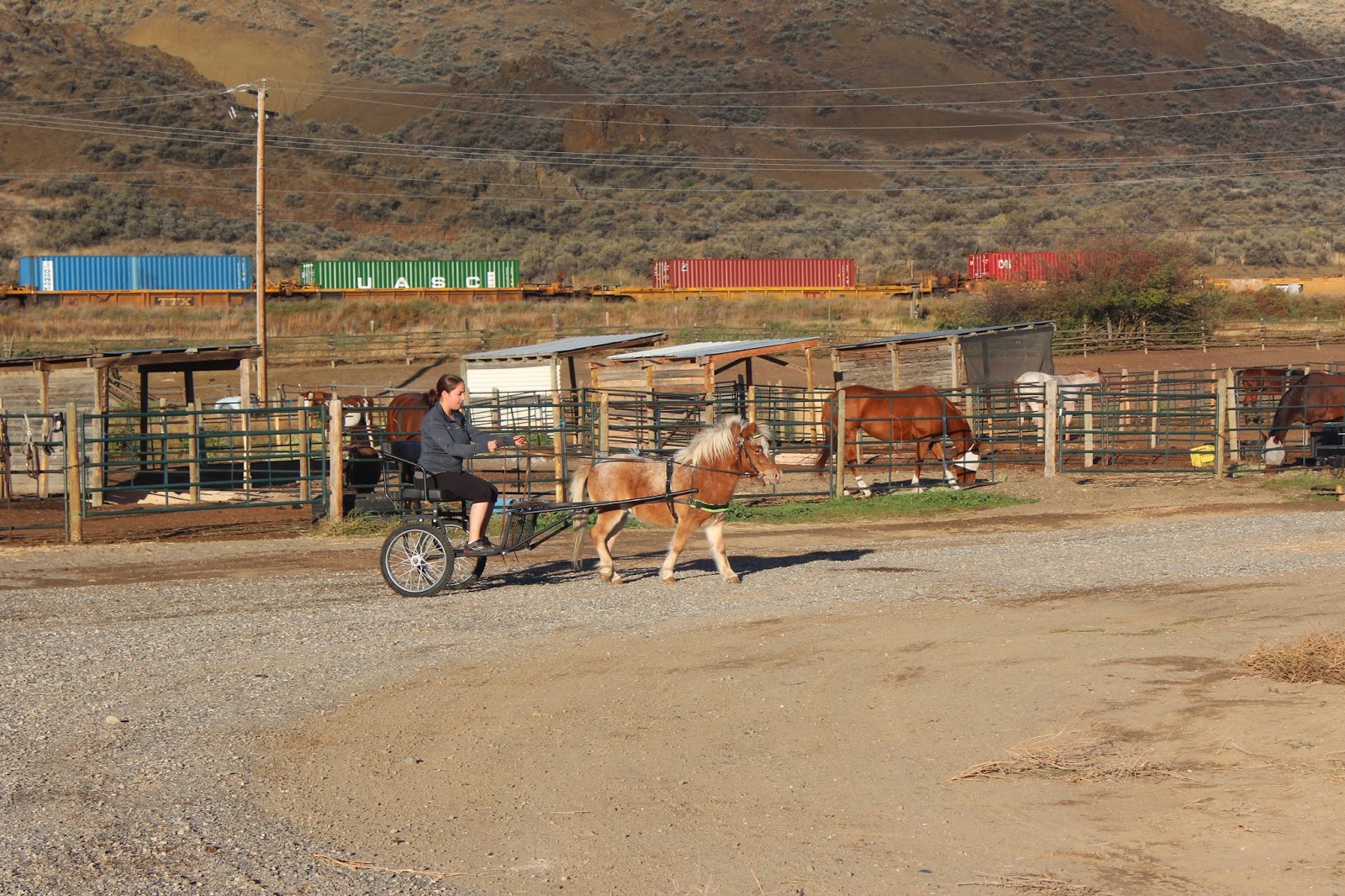 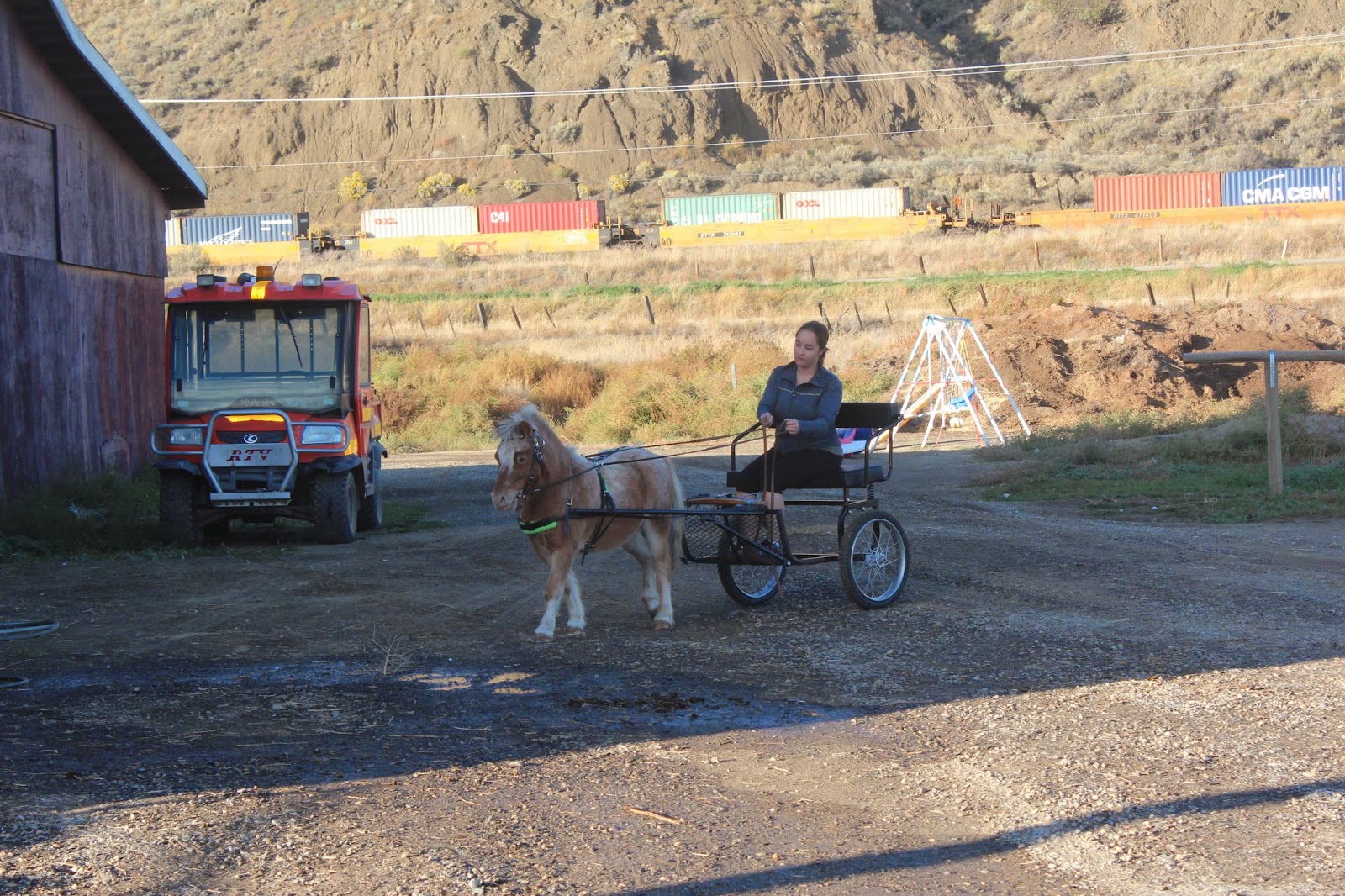 Please ignore my "overly active" hands. I have never driven before, so it was a learning lesson for me too!
Posted by Cathryn at 3:15 PM