Yesterday, I headed out to feed after work and thankfully, there didn't seem to be too much additional damage to the feed box or the plywood boards. However, I do think that T over at Project Gingersnap is correct in her theory that Suzie is just bored and is maliciously attacking her feedbin as a result.

As a general precaution, Jamie and I removed the feedbox out of the paddock, hammered back down the plywood that was lifted, and I am now feeding Ms. Hannibal Lector from nibble hay-nets to keep her mind busy. She has destroyed enough of her poor feedbox and I don't want to come and feed one night and find her choking on inhaled/eaten wood pieces. 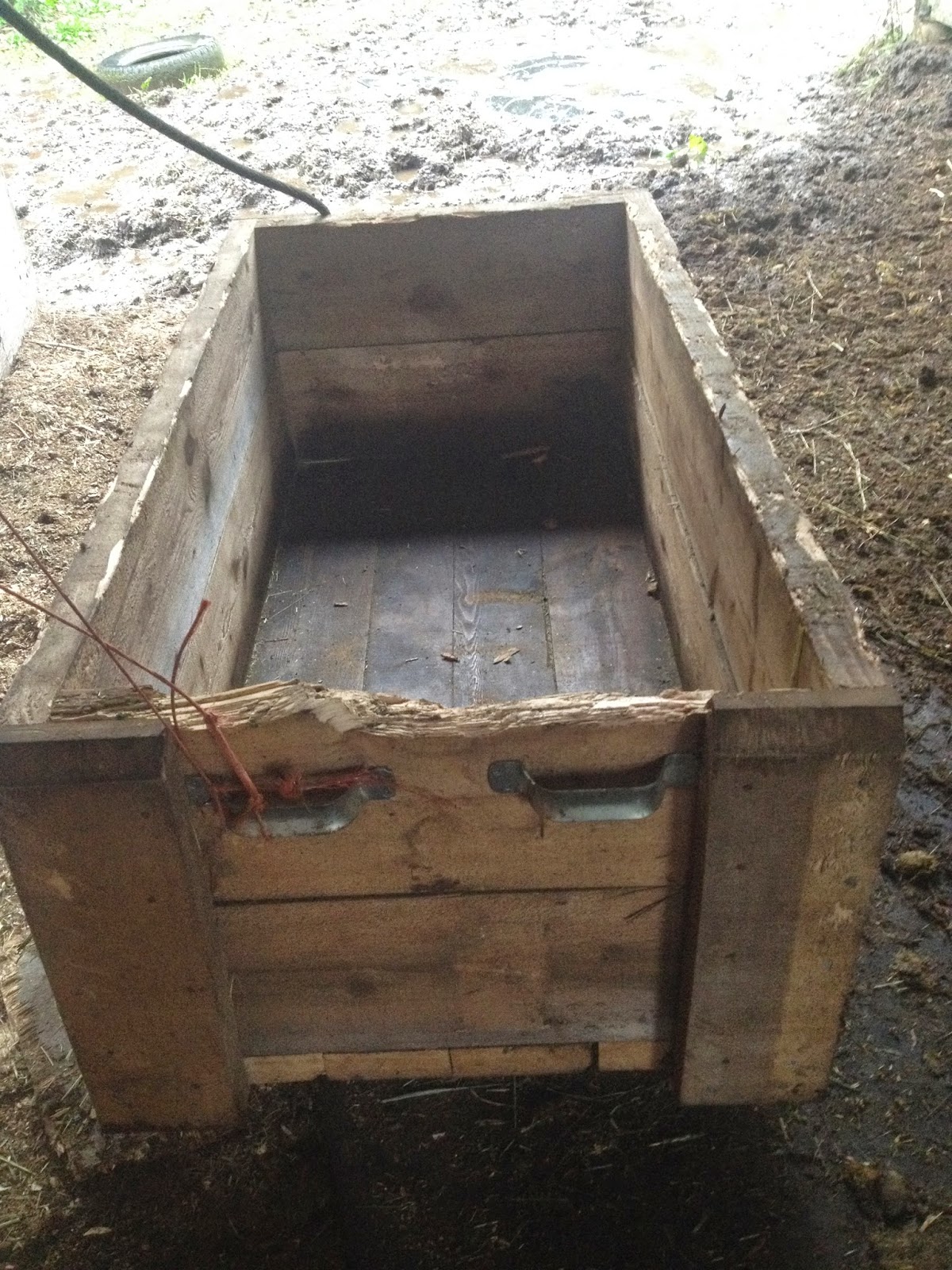 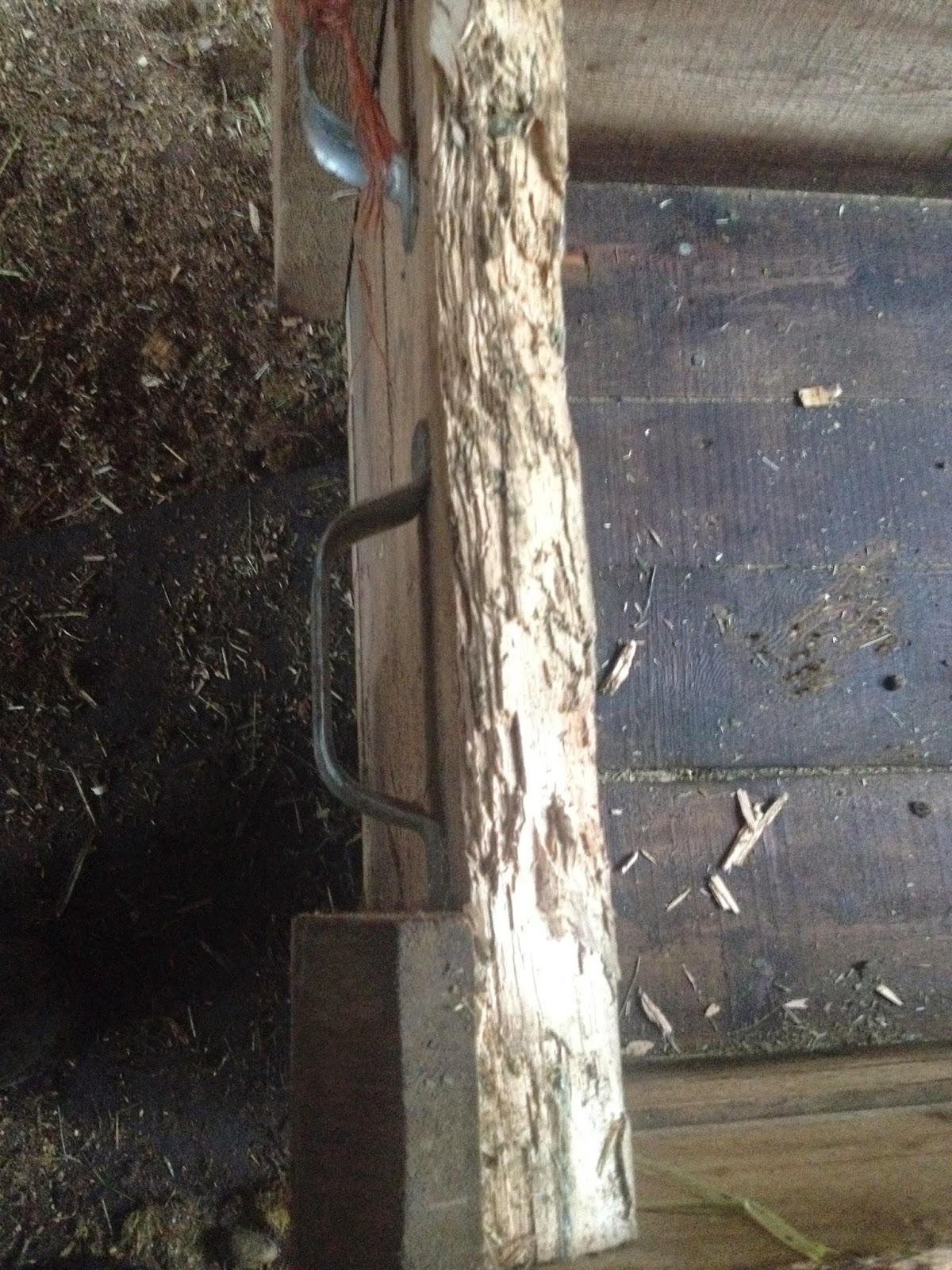 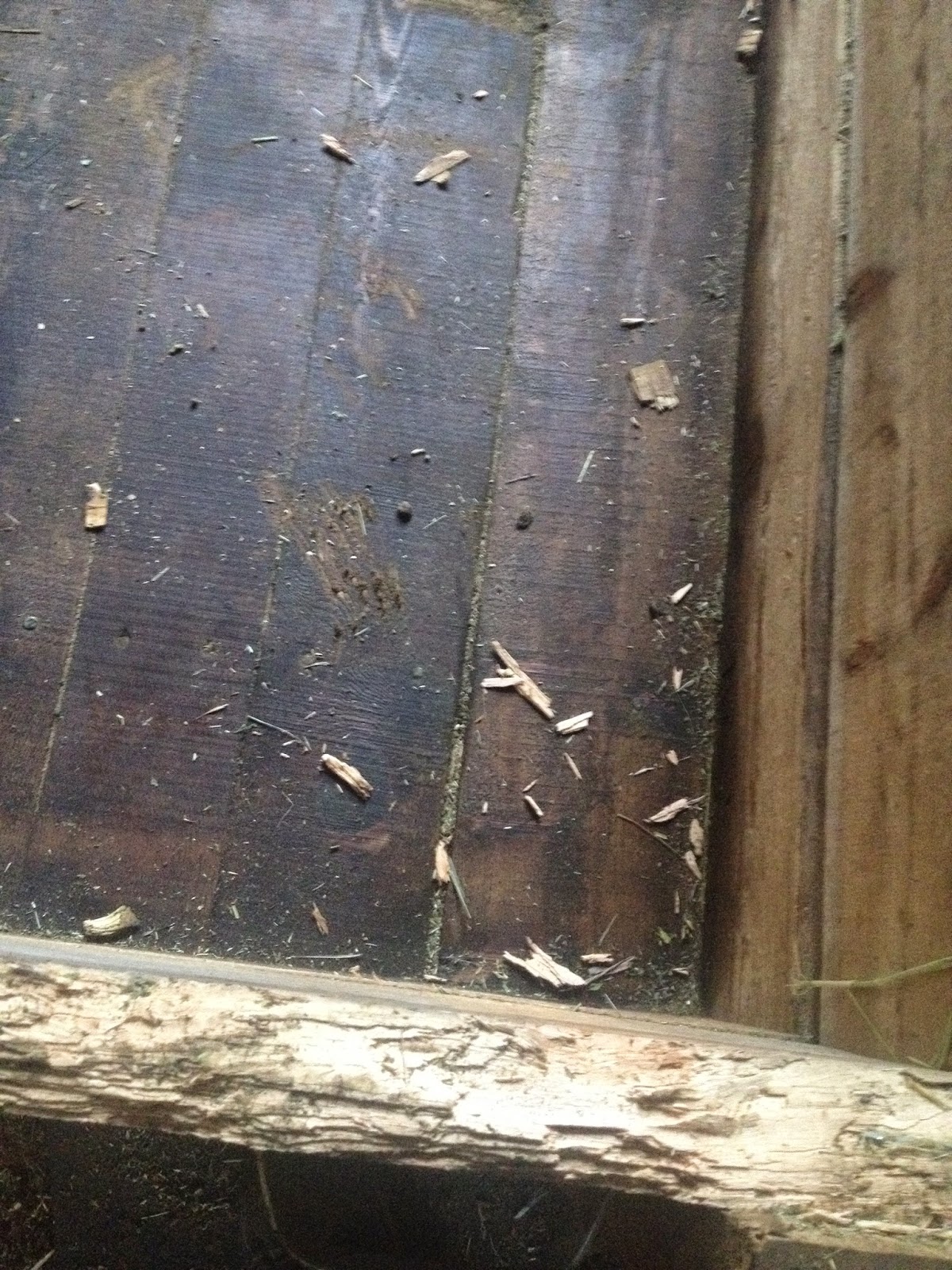 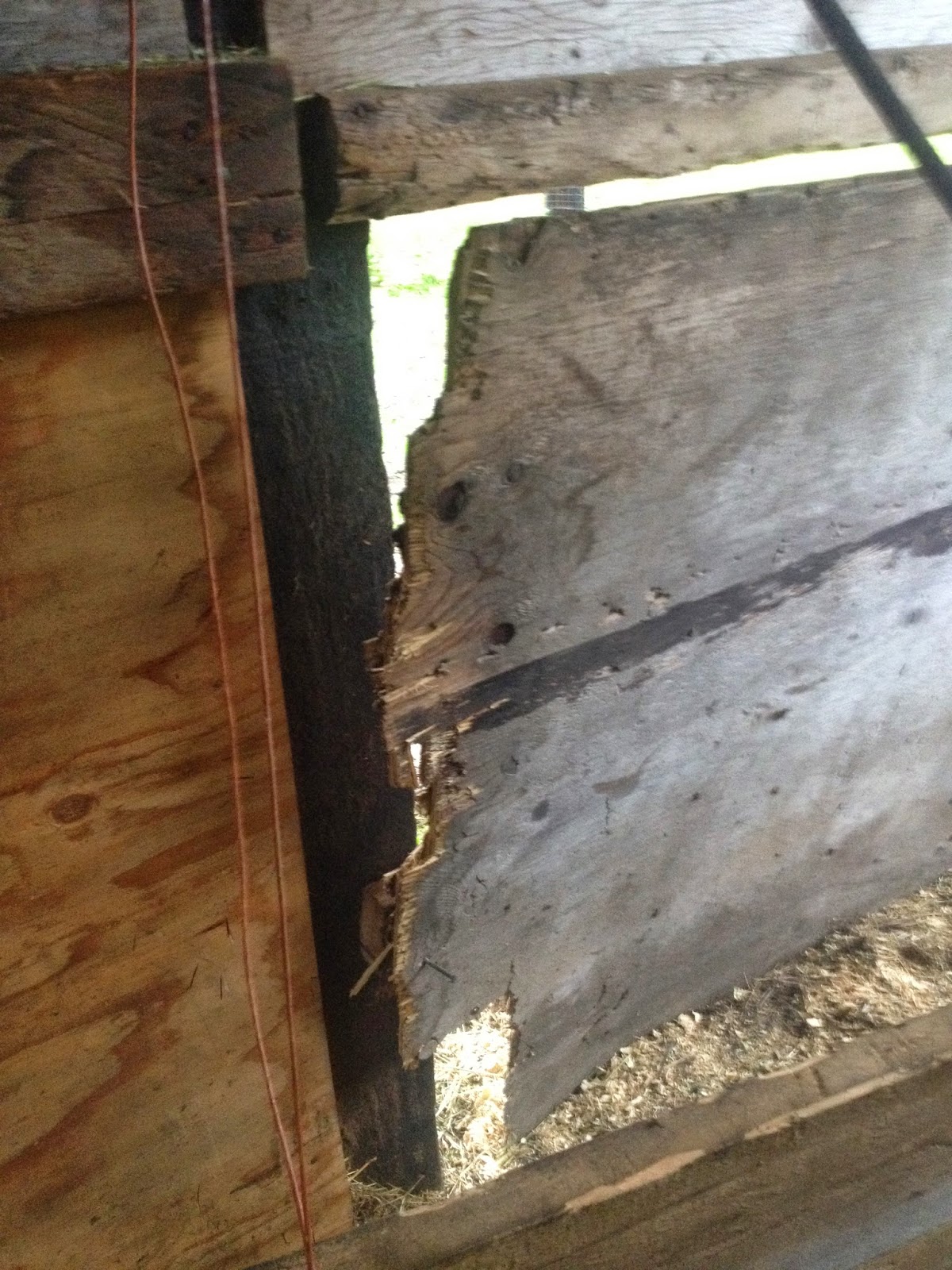 The damage speaks for itself. You can see where I had magicianed the feedbox to a round-headed screw [I use them to hold up Suzanne's haynets if/when I feed with them] because Suzie had literally moved the feedbox around so it was perpendicular to the wall. Boredom has certainly gotten the best of her. Also, please ignore the mushy/ugly ground around the feedbox... like I had explained earlier, it has been raining the last couple of weeks nonstop and we've had an influx of severe rainfall warnings the last four days. And, Jamie found that the hose was left on yesterday.... and who knows how long that thing has been on since I haven't had to fill up her trough in nearly five days from all the rain. Eep.

This morning I headed out before work (like I normally do) to feed and Suz was out meandering around the paddock and I plopped her new salt lick on the ground. Suz met me in the run-in shed, waiting for breakfast. She seemed antsy and impatient, and I actually had to smack her at one point for getting all up in my business while I was trying to tie up her nibble net. She definitely has energy to burn, it seems like.

It had stopped raining overnight, and it appeared as though Ms. Mare decided to wander around and keep herself occupied. The fixed plywood board didn't have a single new scratch on it, and since the feedbox isn't in the run-in shed anymore, she ate from her nibble net and that was that. So, hopefully things continue on the straight and narrow and this weather eases up so my mare can go do more than just stand in her shelter all day.
Posted by Cathryn at 12:56 PM