Other than a short trail ride where Suzie subsequently lost her shit because Tally cantered ahead of us, I have nothing else to blog about. So instead of recapping a somewhat disastrous trail ride (although we did redeem ourselves), I'll stick to answering a multitude of redundant and unimportant questions.

1. How old is "Suzie"?
Suzie is 21 this year. She was born in May, ironically on the same day as my boyfriend's brother.

2. Where did your horse live before you got him/her?
It's funny, because I don't actually know much about her past, but she was bred and born in Saskatchewan (Canada) and eventually made her way to Alberta (Canada) and then to British Columbia. Her registration papers only have four different owners and through the Rescue I found out she has had many more owners than those four. Sad.

3. What is his/her favorite thing to do?
Besides eat? She LOVES barrel racing and just going fast. I swear this is where this mare's heart lies. She was born to be a barrel racer and she just lights up every time she sees them in the arena. It's funny to see her "gallop" down the home-stretch and trot out like she just won the World Championships. 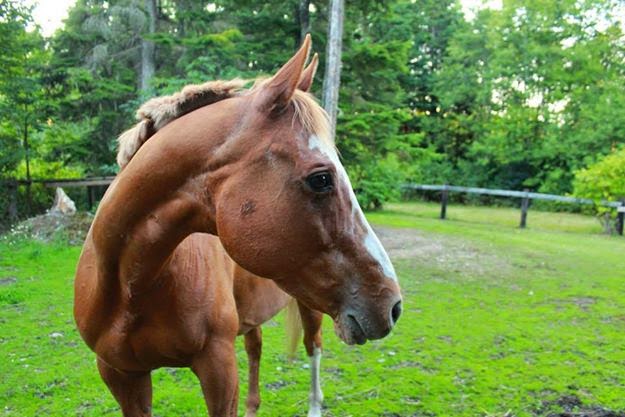 4. Any quirks about him/her that annoy you?
Ha! That's a funny one... She is just so impatient and it irks me. On trail rides she hates standing still and even in the arena she will get annoyed at me for making her stand. Sometimes I wish she'd just chill and stand there, but she isn't downright dangerous about it, which is good. 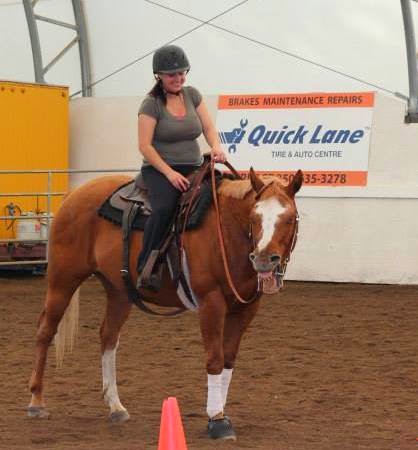 8. What did you pay for your horse?
This seems to be a hot topic question. In reality, I paid nothing for her. She was "gifted" to me.

9. Hardest thing you've had to overcome with your horse?
Aside from her ongoing lameness issues due to arthritis, I would say trail riding would be one of the hardest things we had to work on. She was downright naughty, and now I trust her packing around my friends on the trail. 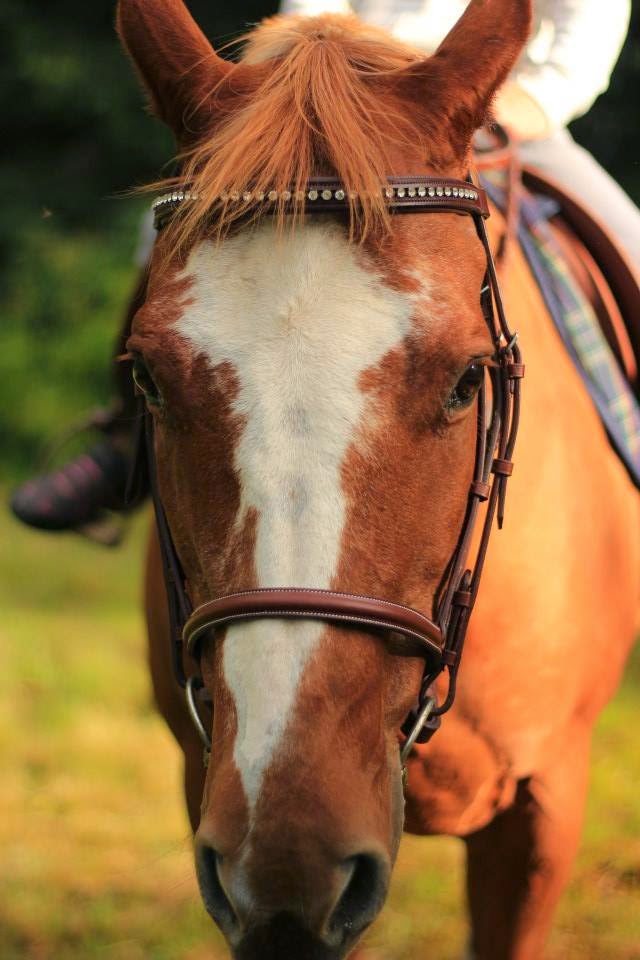 10. What is your horse's "song"?
A song that reminds me of Suzie is "Demons" by Imagine Dragons. I think it really speaks to her trials and tribulations from her past.

11. Is your horse social/antisocial?
Suzie is pretty social with people and horses, but she doesn't mind being left alone either... Not sure how to explain it. She is indifferent to a lot of things.

Feel free to copy/paste and answer the questions :)
Posted by Cathryn at 1:28 PM