I apologize for my lack of posting - I had a week off of work and it pretty much was a week of no-internet and some R&R! I have kept up a bit with the other blogs I follow, I just have been more of a "silent" reader the last week! Never fear, I am back now!!

So here is a short list of all the things I did this week: 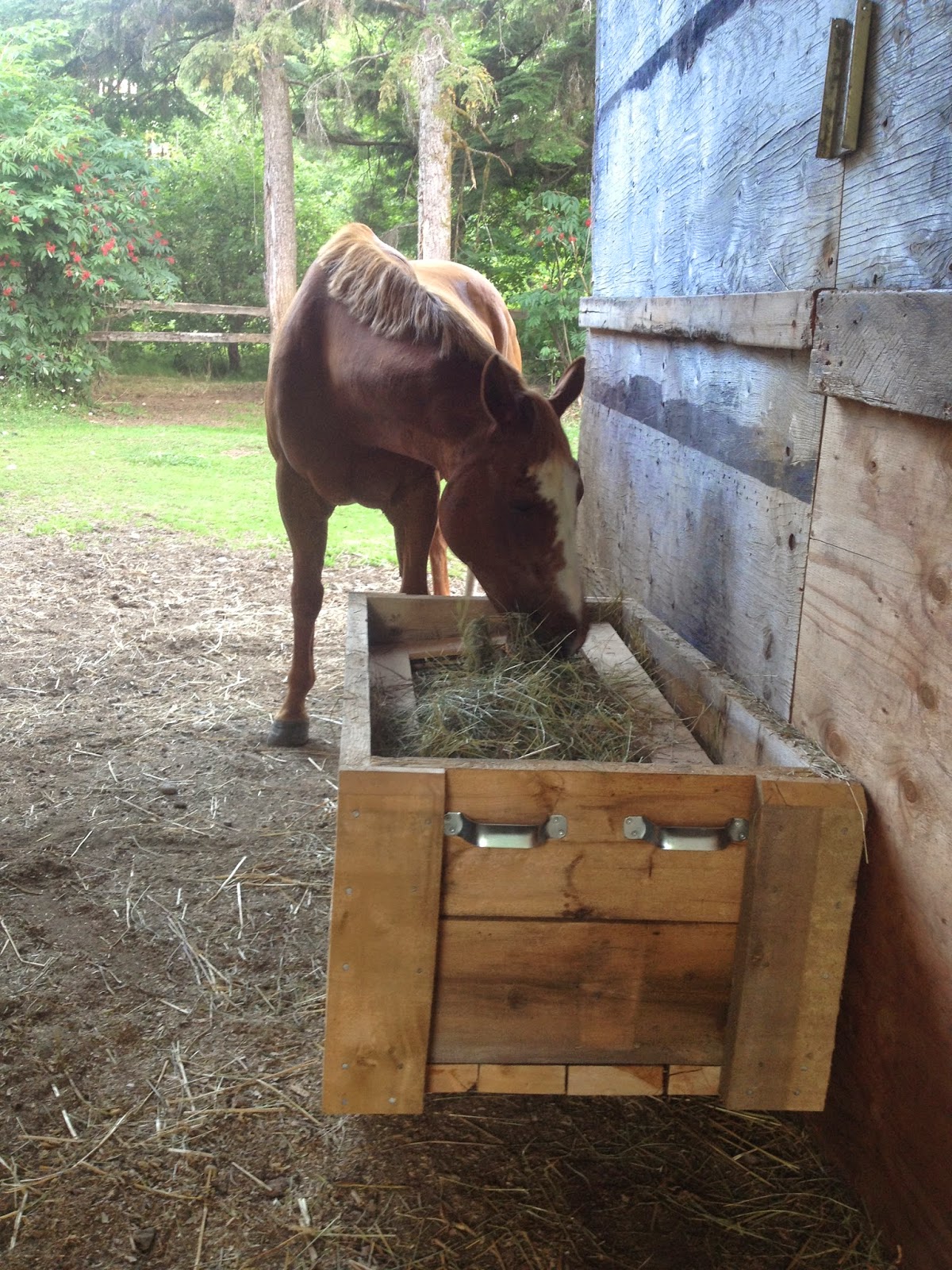 - The slow feeder the BF made for the mares got finished and Suzie and Tally "tested it out". They pretty much hate. Time will tell if they would rather starve themselves or actually eat from it... They've been out on pasture so lastnight was the first night they've had any real amount of hay in it. 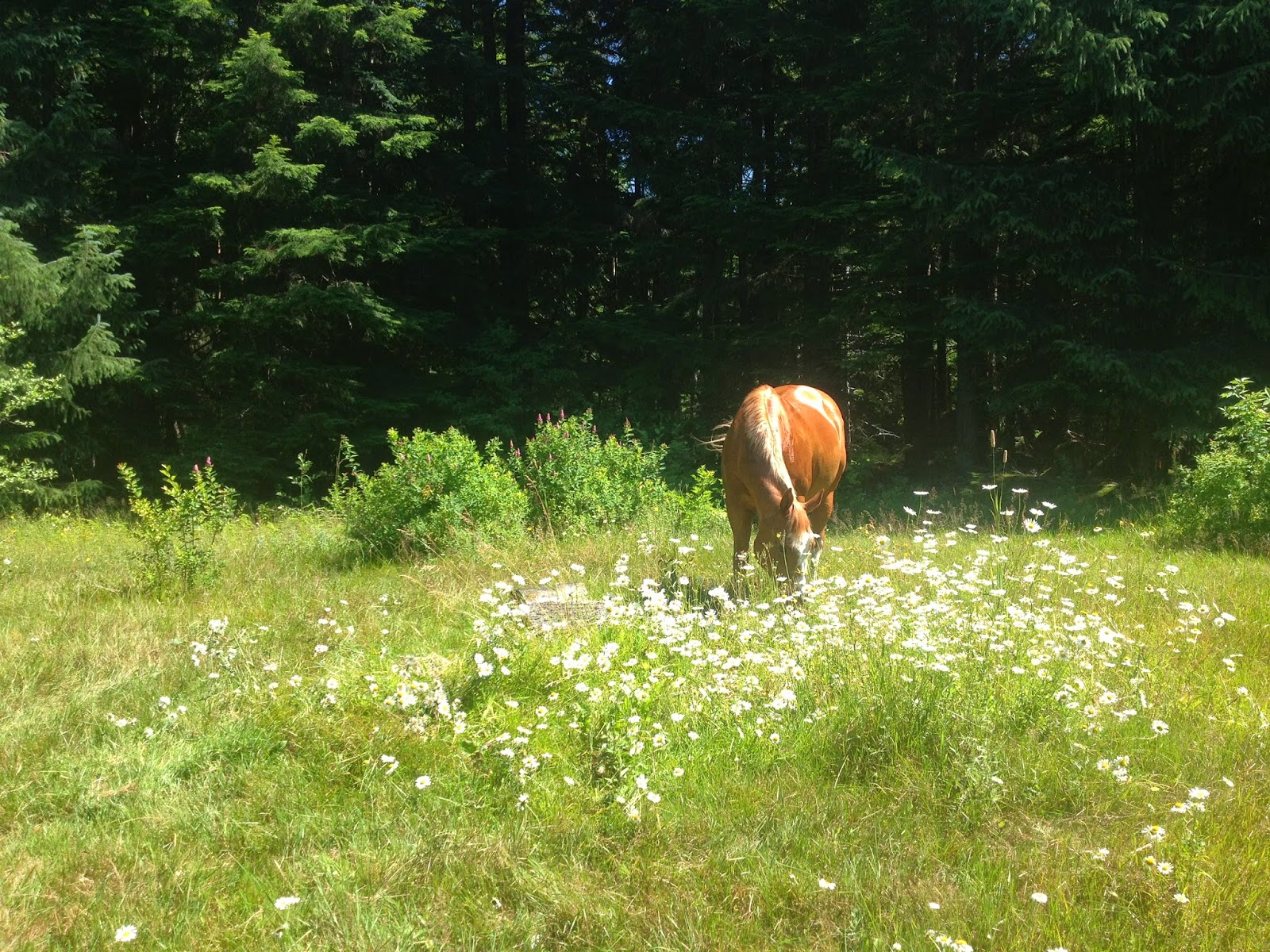 - Pasture time!! We fixed the fencing in the front pasture and let the girls out on it. So far Suzie has escaped twice now... little bugger. However, most of the pasture is chomped down now so they will be moved off of it now. 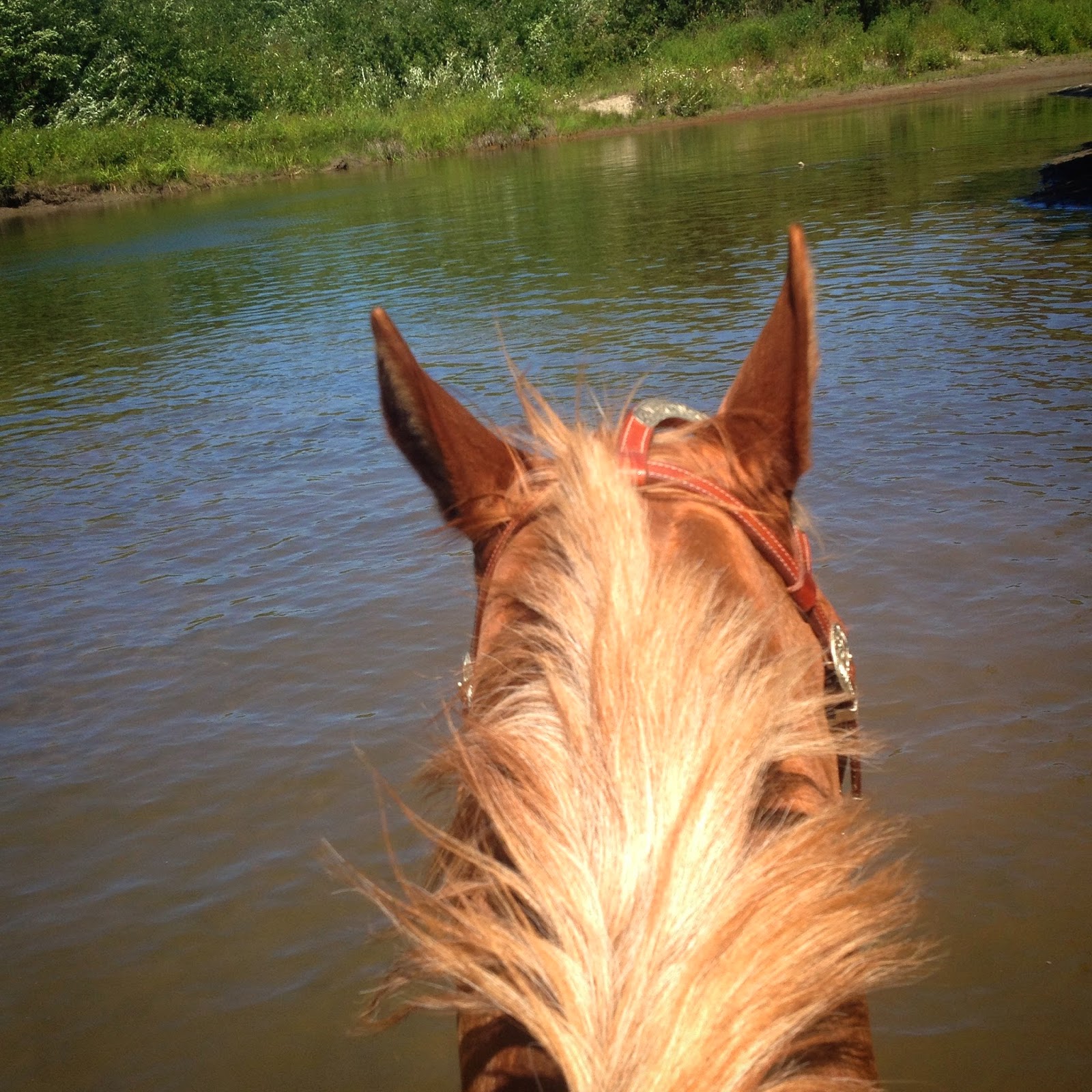 - Took Suzie swimming for the first time. She pawed the water and thoroughly enjoyed herself. 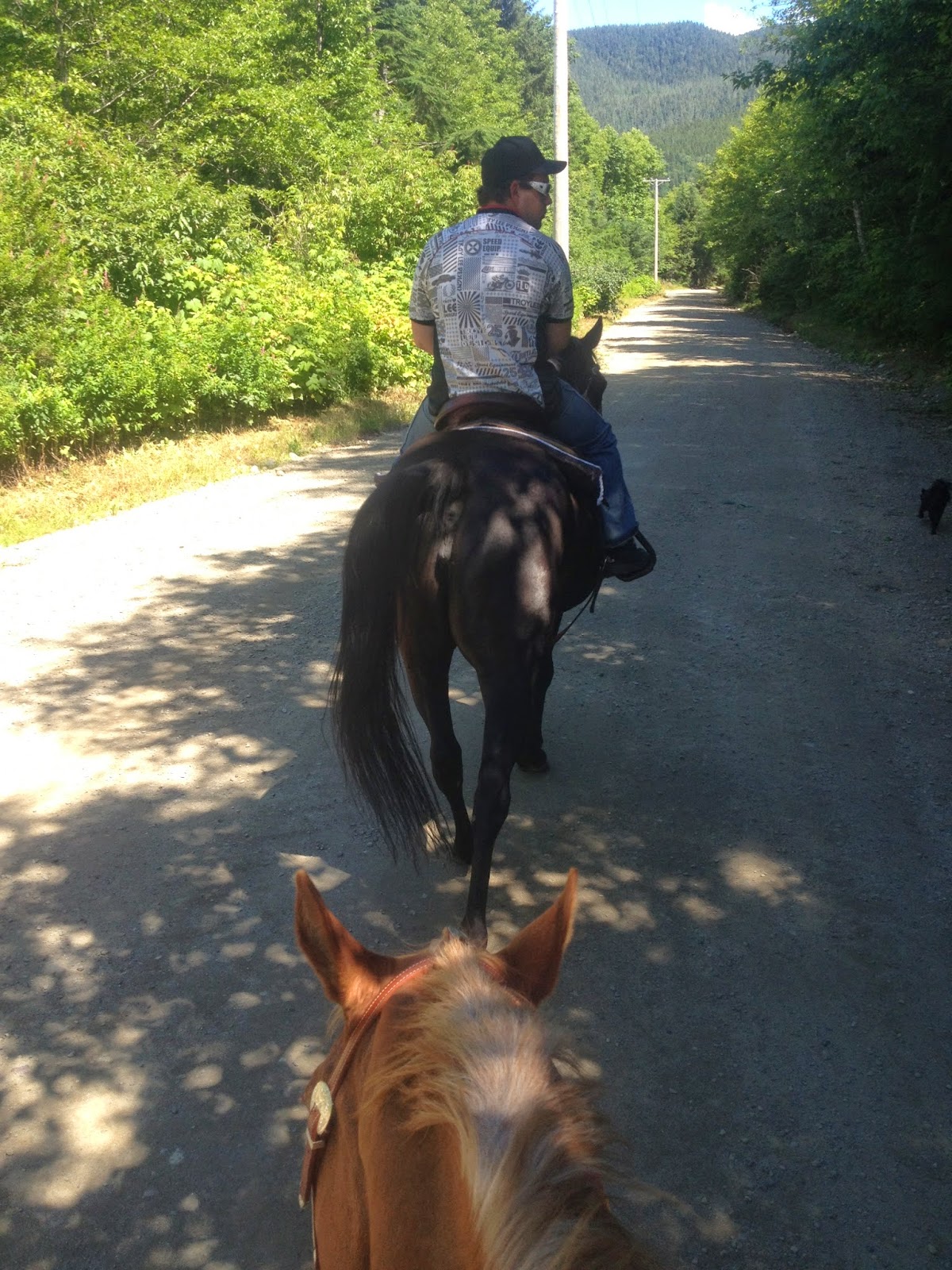 
-Yesterday both mares got chiropractic work done on them - Suzie's shoulder was out again, as per usual (which is probably why we were having issues with leads) and Tally was pretty much perfect. I did ride Suz in the arena for about 20 min and worked on having some flexion and bend and it was realllly tough to ride her. I also rode her once in the back pasture for about half an hour and I was just so dead and she was really making me work! I'm going to be trying spurs on her when we have our next schooling session to see if it makes enough of a difference - she does listen to my leg, but I have to use A LOT of leg.


- Almost forgot the most important part of my Horse Show Recap post - my little nephew rode Tally in his first ever leadline class. It was hilarious. Tally-mare was so good. (Also, fun fact, those breeches are like 8 years old. Tuffriders for the win!)


Other than that, I've been dealing with several lacerations to Suzie's bum (literally, her anus.. ew) and due to the cleaning of poopie and keeping it clean, in between her thighs the skin has literally started to slough off from being moist all the time. UGH. So I've stopped washing down her backside and have kept to just clean wipes of her cuts and using polysporin and putting baby powder and zinc oxide in her thighs. I started this all lastnight, so hopefully some relief for my poor mare will happen!

Additionally, I am also dealing with some crusty legs again... Pretty sure it's a flair up of mud fever but I can't be certain. Going to be talking to the vet tomorrow to see if I can get some Panalog cream prescribed. As of right now, the treatment of Zinc + baby powder has been reproduced onto her legs. My poor, poor old mare.