Why I Need Lessons 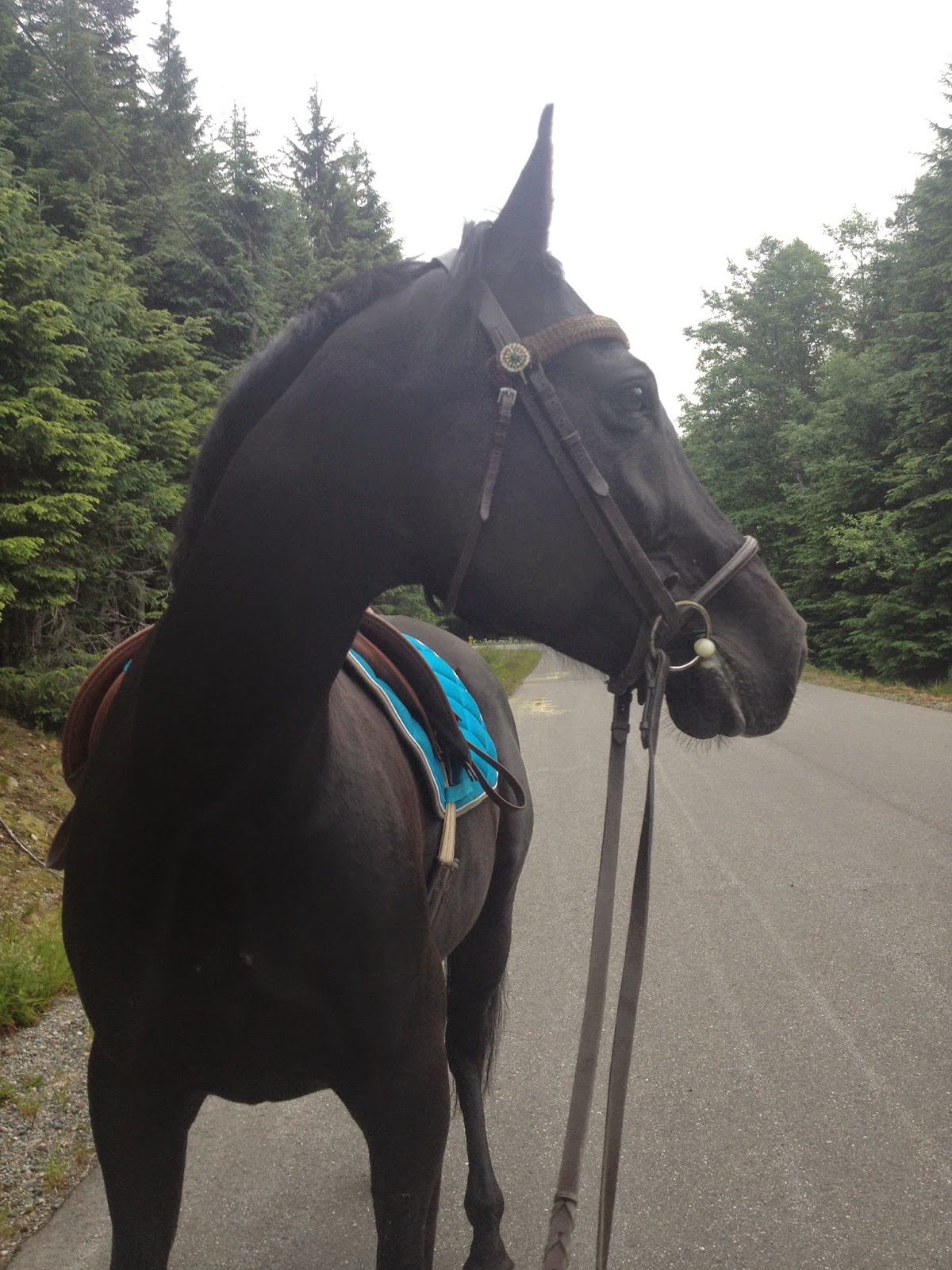 It really comes as no surprise. I've ridden the last maybe three years without a single lesson, and after videoing myself riding Tally lastnight, it shows. I'll be the first to admit I am more than embarrassed with the video but at the same time, it is something to reflect on and learn from.

So, as a general recap of my ride lastnight, it started out alright. Tally was forward and willing, but unresponsive to my half-halts around the arena. We worked on really getting a good, forward walk and stopping quietly without her lifting her head up like a giraffe. I'd half halt, bring her down to a slower walk and as soon as her head reared up, I'd close my legs on and we'd march forwards until she gave again. Lather, rinse, repeat. We also experimented with backing up and Tally decided she wanted no part in it and her front legs left the ground for half a second in protest. She did, eventually, comply and was willing after I got after her.

We worked pretty damn hard - most of our focus was in trotting. We did 20m circles, serpentines, leg yielding on and off the track, lengthening and shortening, some sitting trot and a very sad attempt at long and low. It was like "DO ALL THE TROT THINGS" lastnight. I didn't spend very much time on one particular thing - we just rode and as I felt her plow along on the forehand and string herself out, I'd compress her back by throwing in a leg yield away from the track. I threw in different things based on what she felt like/what she offered me. If I felt that she needed to be rounding herself through the turns, we'd implement a serpentine to attempt to mitigate the issues and figure it out.

I found that on the left rein she has a hard time bending and marching along - she seems to fall apart and get discombobulated and is unable to recover from it. She gets frustrated when this happens and will flip her head up in protest before trying to march along again. I certainly don't help, being that tracking left is my difficult side as well.

Our canter work was alright. By the time we got to it, she was pretty tired. We did some leg yielding in canter when I felt her get heavy and it realllllly lightened her up.... so much that it felt like there wasn't a horse in front of me! She gets a bit rushy in the corners and her upwards and downwards transitions leave SO much to be desired, but we will get there. She is out of shape, and so am I, and together we are just a bit of a hot mess.

For me, I noticed I have a HUGE tendency to lean forward and bunch up my legs instead of just clamping on and USING them. In relation to leaning forward, it makes my hands turn into ineffective pieces of shaky shit... UGH. It looks SO gross. I promise that my hands are NOT that bad... Tally likes to move her head A LOT and chomps at the bit/ tugs her head forwards that it upsets my hands. Yikes. We will be fixing that ASAP!


*I will add the video as soon as YT stops being a jerk.