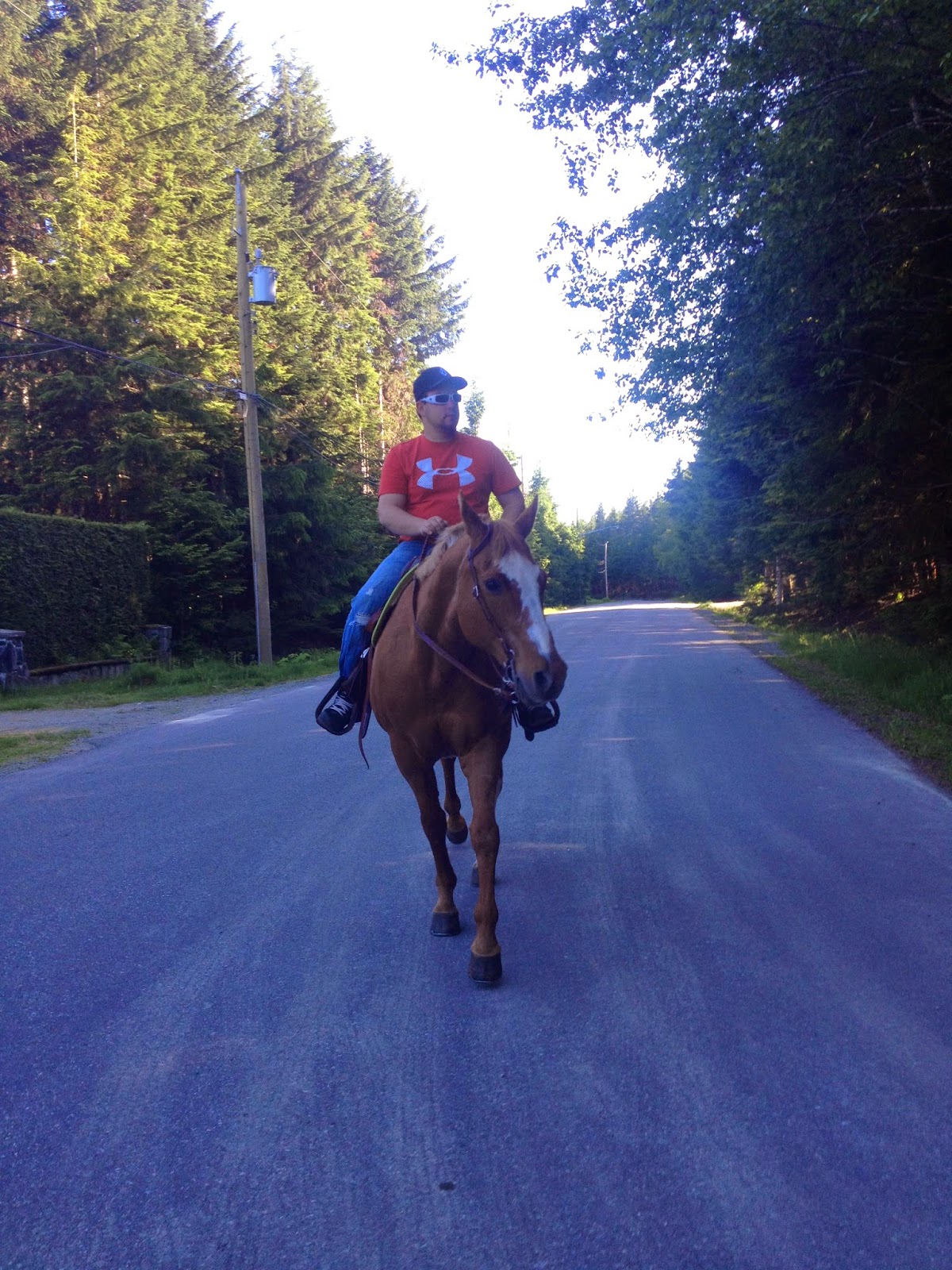 Yesterday, the sun was shining and the birds were chirping, it was nice!! Hubs and I opted to head out for a ride - a friend of mine offered to lend her old QH for Jamie to ride so we met her halfway and Jamie popped off Suzie and up onto Flash for the remainder of the ride while I rode Suzie. This was Suzie's first trail ride in a group since I've had her. The first time I attempted a trail ride with another horse ended terribly and after that, I kind of avoided riding in large groups. Well, I am proud to say that Suzie kept her brains in check for the most part!

We ended up trail riding over to the fairgrounds and there I schooled Suzie briefly. I wasn't able to really get some nitty-gritty schooling done like I wanted to, considering it was exceptionally hot out and the Hubs and the friend who joined us weren't necessarily interested in schooling around in circles. I played around with an invisible barrel pattern, which was fun and Suzie got down and dirty on the second barrel a few times - she was really enjoying herself and had her game face on for the majority of our "practice runs". 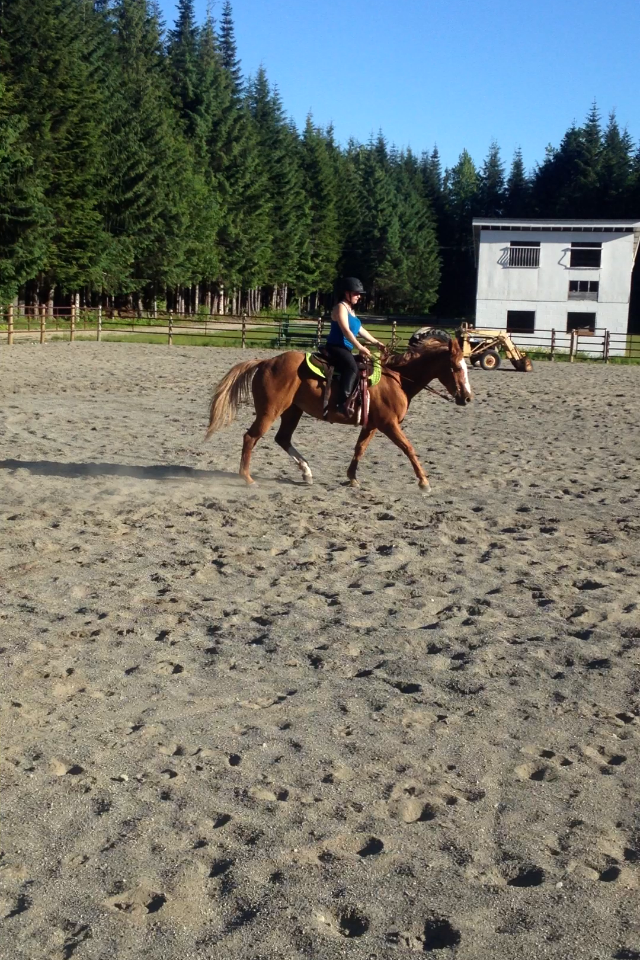 I am quite happy with the above photo - she is still quite tense in her body and isn't necessarily using herself, but this is AMAZING progress considering how we USED to look together. It just takes baby steps, and we both are still trying to figure out this curb business. My new tack (according to my brother!) just came in today so I will be trying it out and using the longer reins on her, which will help immensely. You can see in the photo how I am trying to keep the reins long for her despite them being barrel reins.

I really need to work on pushing her into the bridle. Compressing her up into a tight, coiled ball is NOT my idea of a good time. I need to not be "afraid" of really pushing her up and into the bridle. I kind of stop riding once she gets a nice, quiet jog and don't use my legs as much as I should. So that will be my task for the month! USE THOSE LITTLE LEGS!