I am the kind of person who thinks, plans out and acts accordingly to opportunities. I am completely methodical - I assess the situation and I make plans and pre-plan out every little inch of the situation before diving in head-first. I'm careful, meticulous and perhaps even a bit leery of everything until I have time to plan it all out.

Except for when I bought Suzie.

I kind of threw all of my "PLAN ALL THE THINGS" mantra and just... dove head-first into horse ownership. It was against my own normalcy and it was a bit stressful and overwhelming, but I was glad I threw my ideals out the window just once and made myself happy. Ever since owning Suzie I've subsequently reverted back to the "PLAN ALL THE THINGS" thinking, but a few nights ago I caught myself looking at a Facebook posting about a mare for lease. A close horsey friend of mine was putting her mare up for lease and the more I stared at the post, the more I felt obligated to message her. I have no idea why I pursued it, but I did. And a few messages later, I found myself contacting the Barn Owner, and later arrangement for a trailer.

So, on Saturday after work [provided trailer arrangement can work out] I'll be going to pick up a new mare. The plan is to lease her until October, or possibly longer depending on how the lease is working out and if I can manage two horses in the Winter.

So, without further ado, meet "Tally": 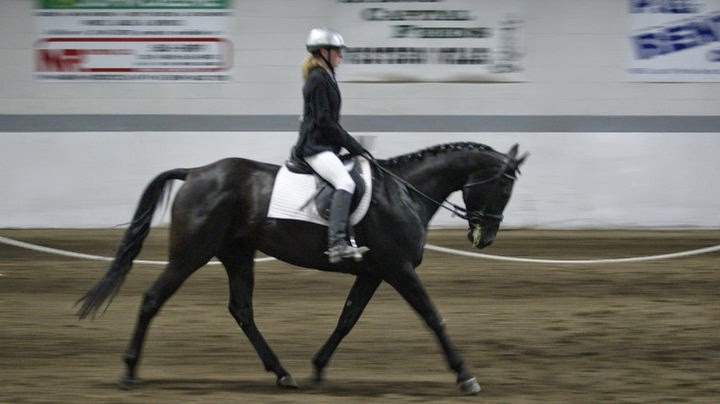 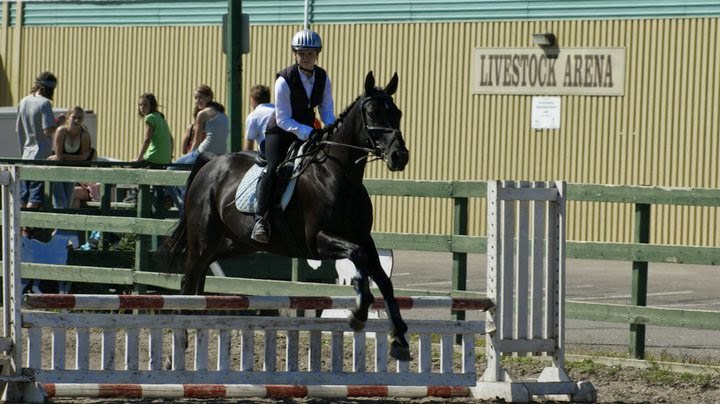 She hasn't been in any real riding for about three years, so it'll take a while to bump up her fitness but I am excited with this prospect. She is sane, safe and is schooled to the nines. She will most likely be Jamie's trail riding horse if him and Suzie don't get along, and will end up being my Dressage/Jumper for the few shows I do go to. More importantly however, she will provide some much needed companionship for Suzie. Hopefully we don't have any buddy-sourness but I feel I could nip that in the butt real quick. I don't have any aspirations to do anything crazy with her and there is the possibility that we may not get the opportunity to show a whole lot, but this mare is super talented, athletic and I am going to learn a heck of a lot from her.

I will update more on Tally once we get her home and I have my first (hopefully successful) ride on her. I'm squealing with excitement over here. A nice, SUPER nice English mare and a SUPER nice Western mare, what more could I ask for?!
Posted by Cathryn at 11:00 AM