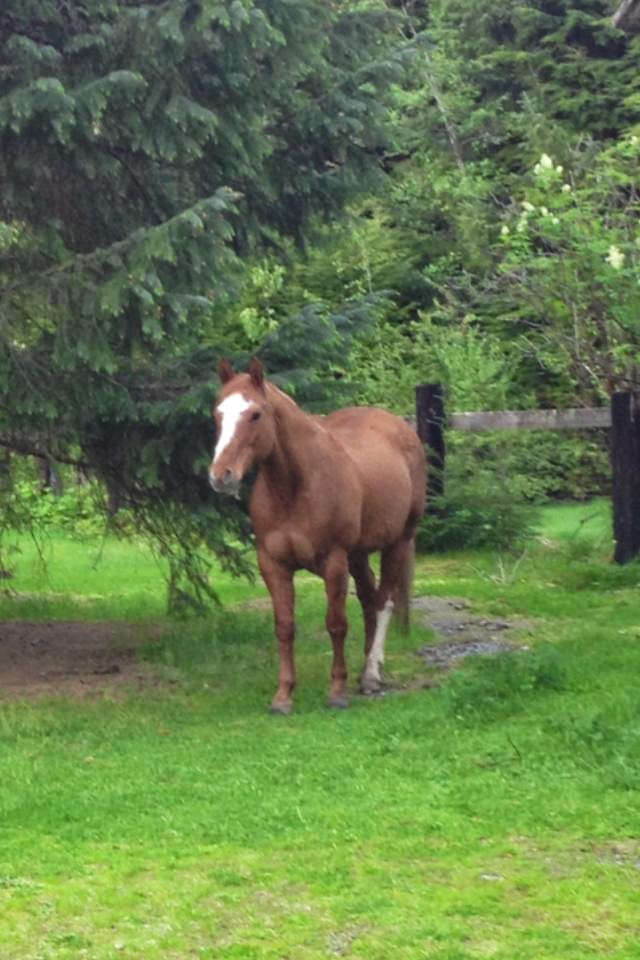 The move went well - it was actually the perfect time to move Suzie since the SO and I had our turn around from work. We had the entire week off to just sleep in and catch up on everything. I do have to give my SO a large dose of credit, because if not for him, Suzie wouldn't have moved into her new digs quite as quickly as she did. He has been an amazing stem of support for me and I am truly blessed to have a wonderful man like him in my life. He did everything from fixing fences, to cleaning out the dirty bathtubs (for water) and drilled holes for fence-posts. I am so fortunate that he not only supports my horsey habit, but encourages it and plays a part in it as well.

So, the week was a bit rushed and all over the place, but we managed to get it all done. We fixed the fences, drilled holes, cleaned up old fence boards and regular maintenance for three or four days. On Wednesday evening we ran out to do a hay run and a friend let us borrow her horse trailer. We unloaded hay in the dark and Thursday mid-morning, Suzie was moved out to her new digs. I was expecting her to trot around and snort so I invited the family to come out and watch.... But no. She just lowered her head and grazed... Pfft. What a disappointment!

She did have to adjust to being on her own and did call out once or twice, but was much more interested in the grass than anything else. I'm in the process of trying to find her a friend, but I think she will do alright on her own too. I just.. can't get past the idea of her being all alone. It makes me sad inside. If I could move into her pasture and spend all day with her, I totally would. Being as it is, I visit 1-2x a day. 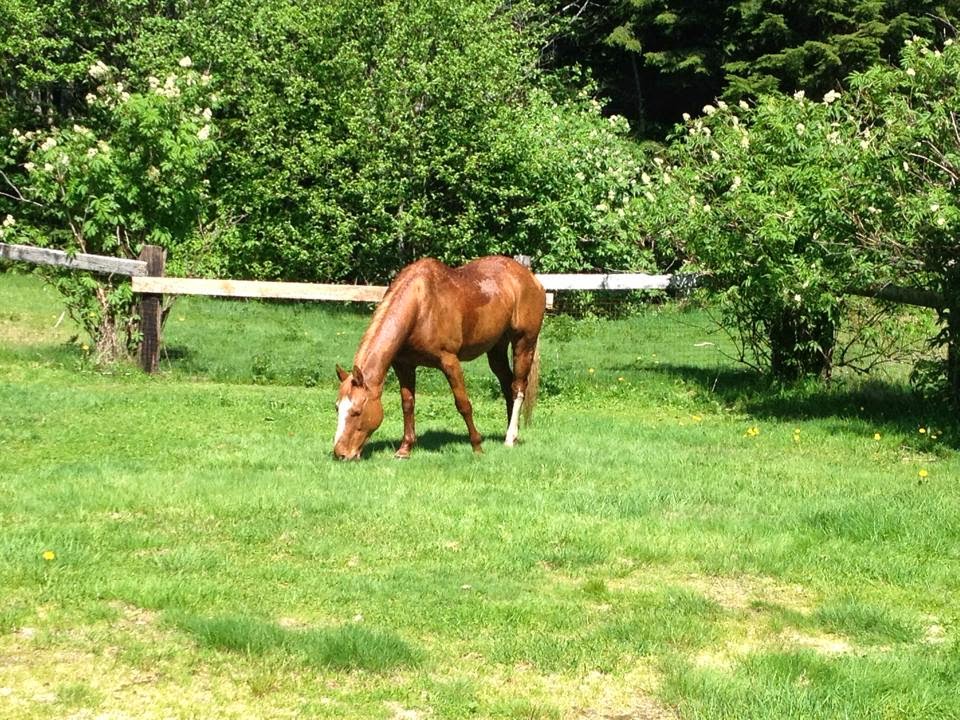 Initially, I had thought I would need to feed in the morning and evening, but Mare-Pants has subsequently turned her nose up to her hay and has chosen to graze on grass. So, fine Mare-Pants. Eat your grass. So she has 2 flakes of hay under a covered area for her if she gets tired of grass, but so long as she is grazing I refuse to feed her anything extra. Last year she blew up like a balloon and I want to avoid that again. So, the good thing about her being on her own is that if I choose not to give extra feed, I can. 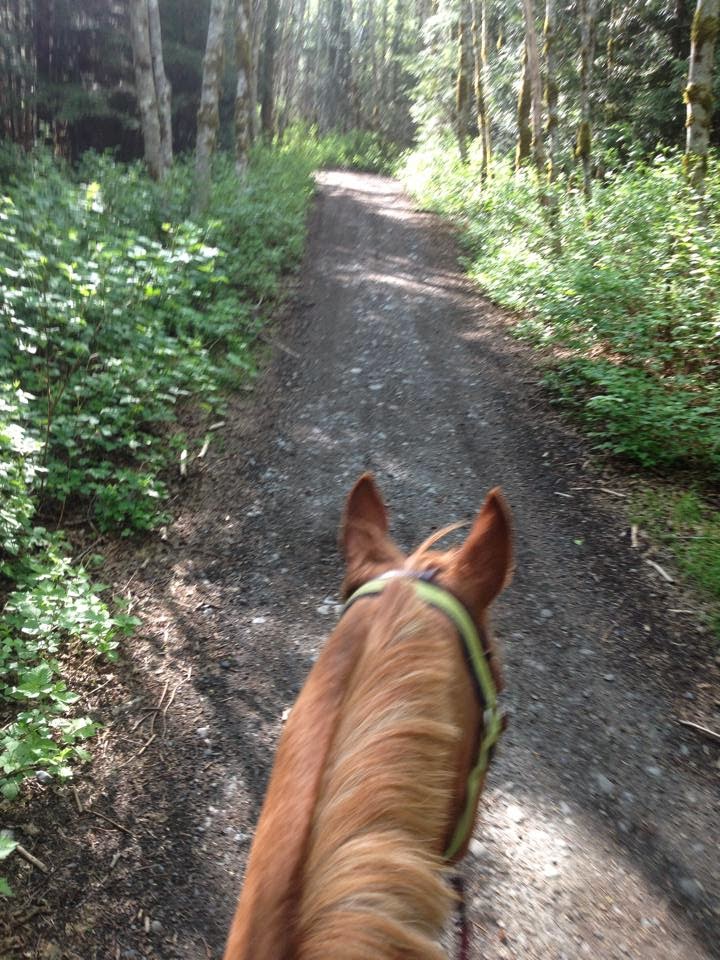 On Friday morning I went out early and checked on her, she was just as peachy as a plum and we headed out for a ride. A family friend wanted me to give her a riding lesson so we headed to the arena which is about a 15 minute walk away where we would meet A. Suz acted uppity and jiggy as I got on her, but quickly settled and walked off like she had lived there her entire life. She didn't spook, jig or make any wrong moves. At the arena, I rode her at a walk and jog and she was kind of bracey on me. I think I may have to find a different western bit because she almost just blows through it. Other than that, the lesson went well other than her loping on the poor A like.... five times! We did end up getting a nice jog out of her and we ended the lesson on a good note. But, I think a bit with a port may be our answer. The one she is in right now is a really soft bit and I think Suz is taking advantage of that with the long reins.

The walk home was beautiful - loose rein and a half-asleep walking pony. She acted like she'd been in those woods her entire life. It was just pure BLISS. We arrived home and I hosed her off and turned her out. When I disappeared into the barn she neighed for me and when I came out of the barn, she trotted up to me and didn't want me to leave. It was seriously the most precious thing ever!!

I'm debating a different bit, but I find that she really focuses and does well when we ride in the loose ring snaffle... But yet, I have rein contact with that so I have more of a "back up" than I do with her current Western bit... So I'll play around with that and see. I'm excited, I ordered some more western gear (including SPLIT REINS YAYYYYYY) so a newer, more "harsher" bit may be in order! 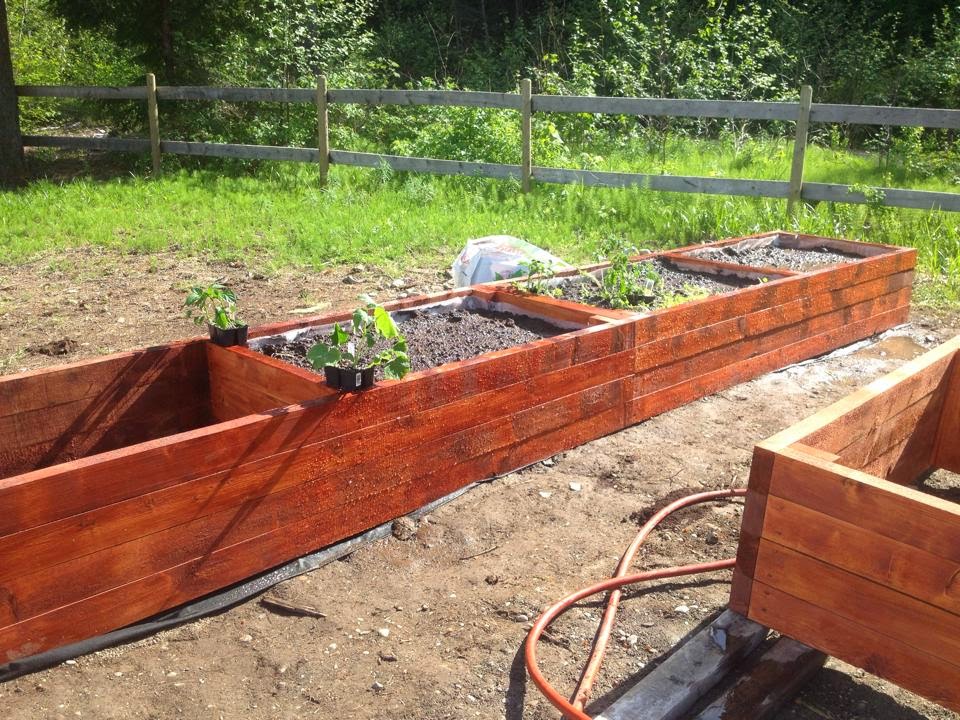 And in unrelated news, we made huge vegetable boxes!! They are at the SO's mom's place. SO excited. My peas (third box) are really doing well. We just have to finish up on some other things and we will be good to go!