It's too cold for this!


Over the past few days, the temperatures have increasingly dropped - to the point where I am literally freezing my butt off outside! Thank goodness work is 50% inside, 50% outside, otherwise I may have turned into a Popsicle by now! It has been nearly -10C with a windchill that really gets to your bones; I had blanketed Suzie the last three days as a general precaution but she doesn't seemed too bothered by the cold. In fact, she is used to -30C weather from her previous home, but I like to spoil her with her blanket anyways.


I had a phone call from the property owner Tuesday night that Suzie wasn't eating very much. I had been out to see Suz earlier that evening and she seemed fine, but my "OH MY GOD SHE MUST BE COLICKING" panic set in and I dashed to the car, hair still soaking wet and unbrushed from my shower and fuzzy pajamas on. When I got there, Suzie seemed fine. I mean, she looked bored and a bit miffed, but she didn't seem lethargic or depressed or anything. I stayed with her for a bit, fed her an apple (which she ate!) and put her rain sheet on just as an extra "layer" in case she was feeling cold. The property owner came out when she saw my car lights and said Suz has still been drinking, pooping, etc so at that point, I wasn't as worried. Suz had rolling gut sounds, was interested in what we were doing and walked around. I had a feeling her feet were sore, which was preventing her from walking around. Thankfully, the farrier was coming. Before I left, I sat in my car for several minutes and as I did, that darn mare walked over to the feed bin and started eating! What are the odds.

After that little scare, I kept a pretty close eye on her for the next few days. I brought her hay into her run in shed for her to eat so I could monitor exactly how much she was eating and she snarfed it all up without any questions. And I switched out the rain sheet for her winter blanket because good golly it was COLD out there. Suz seemed to appreciate it. 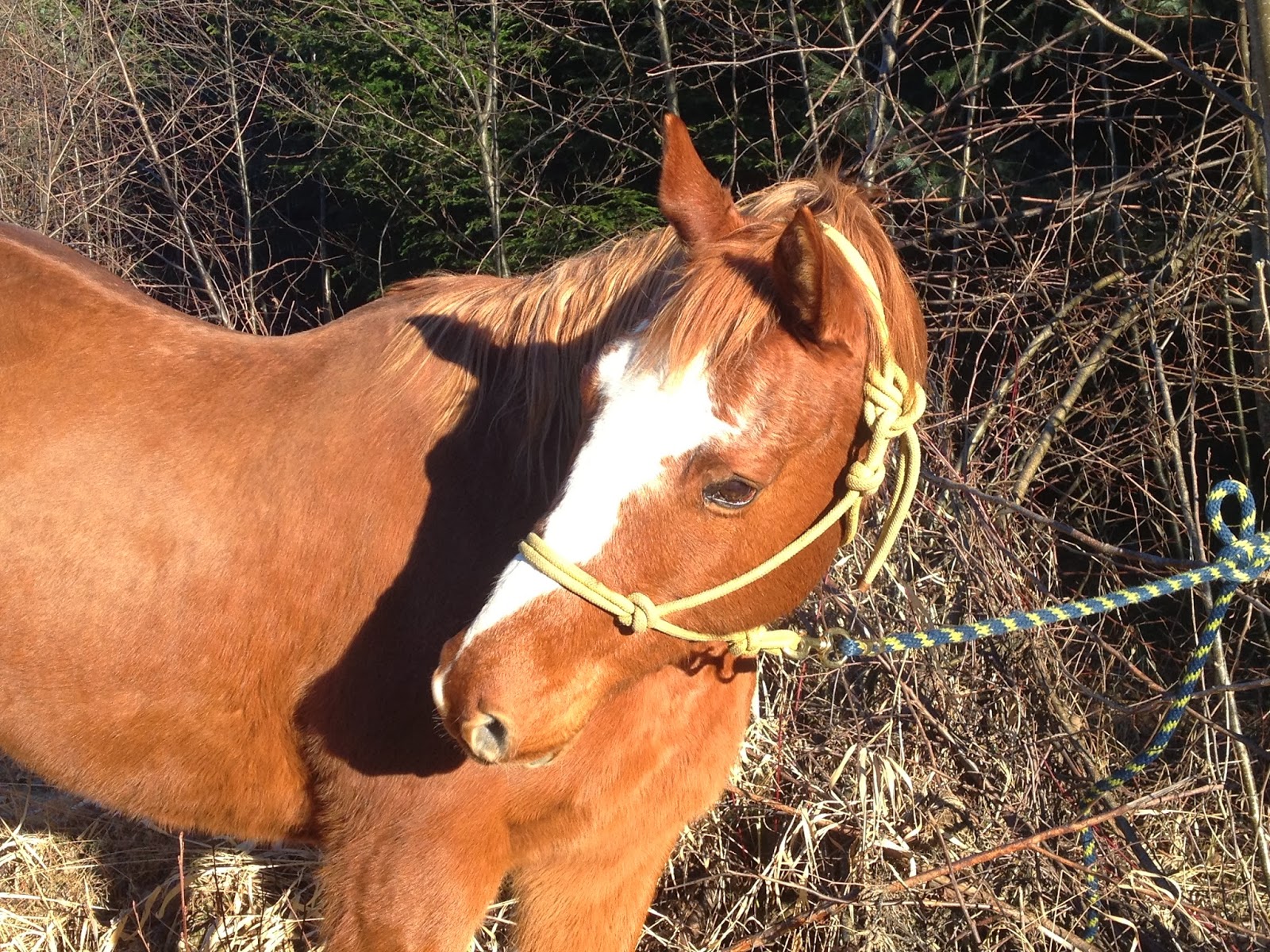 And yesterday, finally, the farrier showed up! Yay! However, I am a little disappointed in the job. Instead of fixing the flares and her issues, he just set the shoes on with the imbalance instead of rebalancing and then shoeing her. I had a secondary farrier (who is ELPO trained and is one of their instructors) review the Before and After photos I took and she too, was disappointed with what she saw. It is frustrating, trying to find a good farrier. I'm not here to point fingers or play blame. I am most certainly not a farrier and I would probably be doing a worse job. So, I'll have to figure something out from here. A bit disheartening, though.

Once she was shod, I ran back home to warm up and came back out to take her for a little walk. We practiced showmanship and some leading exercises. I even ended up tying her to a tree so I could brush out my GSD (who was shedding like a FOOL) and she stood patiently and quietly. I noticed a huge difference in her comfort level with the shoes on, so I was glad I put them on when I did, but I am still a bit upset about the whole imbalance thing... I'll have to figure it out. We walked for about an hour and a half and she was happy to be out and moving around finally.


Andddd.... I signed up for our first clinic! At the end of February we will be having some real Western lessons!