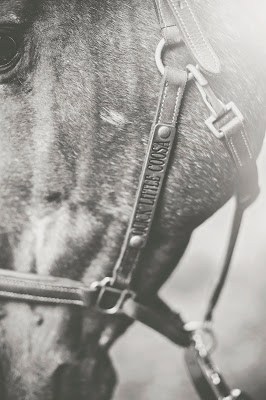 This is an exceptionally difficult post for me to write.

Before we get into it, I want to start back a few months.

This summer has been exceptionally difficult for Suzie - I noted her pain management regime started to become insignificant and the shine she once had in her eyes started to waver. She never completely lost her zest for life and on most days, she had a little sparkle gleaning in the corner of her big brown eyes. But, on the bad days, she looked dull and tired.

I had made the final decision a few months ago, but was casually optimistic I wouldn't have to "actually" go through with it. In the back of my mind, I knew I was setting myself up, but couldn't help but try to claw the bad feeling I had in my gut away.

As the Summer progressed into Fall, I just knew.

A line in the sand had been drawn and we were painfully close to it's wall.

There were still days I questioned making the appointment, but there were more days I knew it was the right choice.

But it really didn't make it any easier.

As the appointment grew closer, I became more agitated and sad. Making all of the arrangements and organizing things (like the machinery ie. excavator) is not fun. Trying to segway a conversation into, "Hey, I was wondering if your company could come dig a hole for me? Oh why... uh... because my horse is being put down." is awkward and made me want to crawl into a hole. I am thankful for the Boyfriend for organizing that portion of the whole thing without me even knowing. I was surprised when he mentioned he had already lined up everything and to not worry about it.

But even so, the whole process was very carefully orchestrated and everyone did their best to ensure the most idealistic situation. Initially, I had considered burying Suzie at the BO's property, but Boyfriend (bless his amazingly sweet heart) told me I should reconsider and bury her on our land. For those who do not know or remember, we own about 5 acres of undeveloped land that will one day have a barn, riding arena, and house on it.

I chose to bury her at the base of a large cedar tree. My little mare radiated strength, perseverance and wisdom beyond her years. I wanted her burial placement to reflect that.

On October 16, mid-morning, we loaded Suzie up into the trailer and made the 10 minute drive to our property. I was uncertain about bringing one of the other horse's with me, as I had heard conflicting information in regards to how horse's process loss. A friend had suggested to leave Annie and Spud at home, as the confusion and energy in a new and unfamiliar place may not be the best situation to put them in. I somewhat agreed, but was skeptical about how Suzie would process being on her own when she passed. I mean, a handful of humans would be there, but horses are herd animals first and foremost.

Working at the Animal Shelter and Vet Hospital I have seen my fair share of euthanasia's. I have seen the perfect textbook examples of a euthanasia, and I have seen the not so great ones. Animal's responses are a tricky thing and even an involuntary reflex may look painful or leave a negative perception in the owner's mind.

I had never witnessed a large animal euthanasia. And I knew it was going to be very, very different.

The Vets took absolute care and I appreciate their efforts very much. The entire process was oddly peaceful and I can say without absolute uncertainty that I am very confident and at peace with my decision. Although, as I had said before - it was never my decision to make. Suzie was ready. Ready to be free from pain and ready to run barrels in the clouds.

October 16th at 11:40am, Suzie took her last breaths and a very big piece of my heart. I had always heard that when we say our final goodbye to our horse, we gain a big, black hole in our heart from missing them. I can, without a doubt, say that the large empty space is very real. I watched as a large sliver of my heart quietly spilled out through my tears and disappeared with Suzie, to wherever it is the good horses go.

I miss you beyond words, my feisty red-head. Give 'em hell up there. 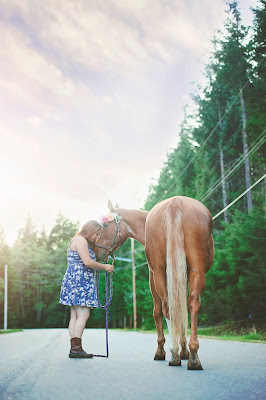